I Guess I’m Into Astrology Now?

I’m not usually one to be taken in by new age anything, or spiritualism anything, or mysticism anything, or certainly anything where a random hippie with six remaining functioning brain cells preaches about self-actualization between bouts of compulsive high-pitched laughter. But I went through a breakup recently, and at the very apex of my melodramatic “I don’t deserve to be loved” self pity, at the exact moment when I was actually physically collapsed and on my knees in an embarrassing performance of despair, I got a text from my friend Lexie, who recommended Kaypacha. I could not possibly have been more susceptible.

I don’t know how late to the party I am on this guy. I have a feeling it’s medium late. I have a feeling this will reach a few people who’ll be like “oh yeah, eye roll, welcome to me in 2014.” If you’re not one of those people: there’s this guy on the internet named Tom Lescher, who calls himself Kaypacha and is a weird new age hippie who is really into astrology and lives in Costa Rica, of course, because of the weird gravitational pull Costa Rica exerts on this type of person. He puts out this weekly YouTube video called the Pele Report.

Here’s what happens in the average Pele Report: Kaypacha, off camera, talks at length about what’s happening astrologically, like where the planets and various heavenly bodies are, and what degree aspects they’re in, and he uses a bunch of gobbledygook astrological terminology about 60 degree T-squares. Usually he bitches and moans a little about how important astrology really is and how people don’t like this part of the Pele Report, but that it’s important to him. You feel kind of bad for the guy.

The hardcore astrology portion of the Pele Report lasts about 8-10 minutes, and, here I’m going to maybe sound harsh here to anybody who’s actually really into this stuff, is also complete ridiculous made up horseshit. I’m sorry. It is. If it makes you feel any better (and it should) religions, human culture, a great deal of science, and the entire economy of the world is also complete ridiculous made up horseshit. So even though I believe this thing you care about is stupid, I also firmly believe that it’s not essentially much stupider than anything else. Kaypacha, who seems like a solid enough dude, is really into it. A lot. He could talk about it nonstop for much longer than his customary 8-10 minutes, and I always get a sense he kind of wants to.

Even though I find the opening astrological portion of the Pele Report to be utter guff, I always watch it. The whole thing. It has a lulling, soothing effect. His babble allows me to turn my brain off for a few minutes while he fills it full of empty mush. It’s like a form of forced meditation, which is great for me because I tend to only meditate if and when I’m forced to. I get a majority of my meditation regimen done while in line at the post office. I’m a highly efficient meditator.

At this point in the Pele Report, Kaypacha steps in front of the camera to share his thoughts on what recent astrological events mean in people’s lives. The theme is mostly that there’s a necessary push and pull between one’s most elevated self and one’s earthly survival instincts, and that causes a lot of tension and pain and worry, and that’s to be expected and accepted and forgiven. He ties it to whatever’s happening in the sky at any given moment, but that’s the basic truth he’s peddling, and it never doesn’t bear repeating, because life is always weird and difficult.

Of course this part of the Pele Report is also complete horseshit, the kind of universally applicable but specific-seeming horseshit undergirded by the Forer Effect and the various human cognitive biases that form the entire basis for astrology and mentalism and all kinds of guru cons long and small. But it’s good horseshit. I like his horseshit.

What makes Kaypacha compelling is that he’s equal parts wise and impossible to take seriously. He says things like “forgive yourself for being born,” which is both pithy and a good thing to keep in mind, and then follows that with a straight-faced recommendation that you unwind from the stress of your life by playing as much didgeridoo as possible. Coming from him this is as translatable “your version of didgeridoo” actual good advice as it is simultaneously just about the whitest white person appropriation of native Aboriginal culture horseshit you’ve ever heard in your life.

You can’t get too mad at a guy whose whole thing is self-acceptance. There’s no point. He’s out there exploring the deep space of just how unconditionally you can love yourself. I keep myself on a very short leash, so I find it strangely inspiring to see this guy out there posting weekly 25 minute YouTubes about astrology from some compound in Costa Rica while wearing an entire craft fair’s worth of homemade jewelry. Even as I can’t help but also think “Oh God, this guy probably hasn’t worn underwear for at least a decade, Oh God, he probably has tantric sex with this wife he keeps mentioning, Oh God, he probably looks deep into her eyes and, like, breathes in her soul essence, Oh God, I’m gonna puke.”

Anyway, that’s what I’m into now. I loyally watch an astrology video every week. Life is weird, and help and wisdom can come from anywhere. You can click here if you want to watch some of this dude’s videos. You’re going to want to stop watching it while he’s talking about astrology. Don’t. Watch the whole thing.

Namaste aloha so much love. 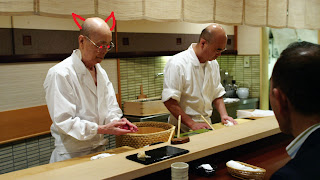 I have a couple of weird, ultra-specific daydreams I like to think about. They are both dumb. One of them is that I am in charge of hiring someone to do something, and during their job interview I show them a photograph of a rock. Like, a nice big old rock. I would then ask the applicant what they thought of when they looked at this picture of a rock. The answer I would be looking for would be an immediate "I want to stand on top of that rock." I would then hire this person on the spot, because I am a moron who should never be trusted to hire anyone to do anything.

The other daydream I have is that for some reason I show somebody a picture of a high stakes business meeting. Everyone is in power suits, someone is yelling, everyone looks rich but also stressed out. I ask this person; "who do you think is the smartest person in this picture?" No, I would say as I smugly stroke my graying beard. The smartest person in this photo is not any of the smart looking dipshit businessmen. The only smart person in the photo is the janitor in the corner, smiling to himself as he goes about his day. "The one smart thing you can do in this life is to be happy!" I will exclaim to the bird who is no longer listening.

I just watched this documentary about a guy who spent his whole life making sushi. It is called Jiro Dreams of Sushi, and it is a fun way to spend some time thinking about how glad you are to not be an idiot who spent his whole life trying to be real good at something. This adorable, ancient man has spent his entire life trying to be the best at making sushi. He is pretty clearly the best at sushi, and is also the worst, dumbest guy.

There would be no difference at all between this guy and someone who spent their entire life doing push ups in a closet if rich people could eat push ups. The only resource any of us get that matters is time. This dummy spent all of his neglecting his children so he could be the best at sushi?

Sushi is great. I love to eat lots and lots of sushi. It is a real treat when I get to eat sushi from literally anywhere that makes sushi. I think I would really like eating some of Jiro's world-famous sushi. I also know that I would really like eating some sushi made by the guy who held the boom mic during the filming of Jiro Dreams of Sushi. There would be a big difference to someone with a refined palete, but thankfully I do not have one of those. Refined palates are like a pair of those dangling truck nuts. If you own one you are an asshole and I feel sorry for you.

I've never really understood the need to leave a legacy. Great job, the guy who discovered tacos, but do you think anyone is going to be looking at your monument and giving a shit when the sun dies? You know what I want my legacy to be? Nothing. Here lies Pete, end of statement. He spent his whole life in one room eating hummus so he could continuously light his farts on fire and boy did he laugh like a maniac every time. Anything is better than he dedicated his life to being the best at making rich people go mmmmm for 3 seconds. Fuck you, Jiro.