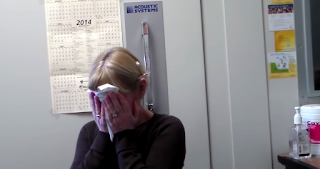 A thing people like to do on YouTube is watch videos of people who just got a cochlear implant reacting to hearing for the first time in their lives. Their eyes light up. They can’t believe it. They burst into tears. They are usually sitting in a chair in one of the extremely nondescript rooms where medical hearing tests are conducted.

These videos are weird but compelling and touching and emotional, and also highly controversial within the deaf community. Not to be a killjoy, but if you’re a hearing person who loves watching those videos, maybe read up about why plenty of people in the deaf community don’t feel the same way.

I’m not here to talk about those videos. 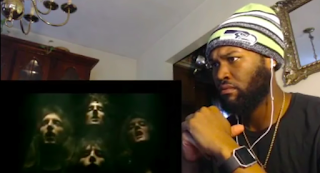 I’m here to talk about a newer, different kind of YouTube video. It’s a video with a name like “FIRST TIME HEARING reaction video blah blah blah,” and the “blah blah blah” part is an extremely popular song.

These videos are of a person, generally a person of color, watching and listening to a YouTube video of a song, generally of a piece of music created by white people, like Tool’s “Sober,” or Def Leppard’s “Pour Some Sugar On Me,” or Disturbed’s rendition of Simon and Garfunkel’s “Sound of Silence.”

Definitely all of the people who are uploading these videos, for whatever reason, have reacted to Queen’s “Bohemian Rhapsody.”

What is the typical arc of this newer YouTube video subgenre?

Usually the person in the video asks you to subscribe to their YouTube channel, puts on the video of the song, nods along to it, and then talks about what they’ve heard.

These YouTubers pretty much always find something to like about the song they just heard, even if it was utterly (and here I am being subjective) irredeemable, like a live rendition of Staind’s “Open Your Eyes.” They never go, “Oh wait yeah, come to think of it, I have totally heard this song in every grocery store and CVS I’ve ever been in during the last 30 years.”

This is probably fine. It’s probably not even really a thing. I probably don’t even know how to tell the difference between a thing and a non-thing anymore.

You should, if you watch YouTubes often, absolutely subscribe to all of the channels where people do this, including Lost In Vegas, King KTF, Joey Reacts, AFRO REACT, QuamaxReacts, DO LEGACY, Got Flava Reacts, TooFunnyTerrell and any others you run into. Unless any of them are bad in a way that I am not willing to research, in which case, don’t.

Also, this is the best one I saw: