All That Came With this Album is Music, and I'm Pissed.

I have told this story more than twice, but at last year's SXSW shitstorm, I found myself sitting at a picnic table with two different bands, fielding their questions about what they could do better, as bands, to make music editors (of which I was one at the time) pay attention to the albums they sent us, rather than doing what we all normally do, which is put them in a pile and never look at them again. As a journalist, and an honest person, I gave it to them straight by saying "you gotta put some stickers in your shit. Or include a piece of candy."

After telling these bands this, they of course looked at me like I said we only open envelopes that have been sealed with wet farts, but what I told them is true. As a consumer of shit, and as an adult baby cavewoman shut-in, all I care about is STUFF. Yes, I love music. But as more and more of it becomes easily accessible and beyond over-saturated, the first thing I think upon opening a newly purchased album, CD, or mail-order package is "what else?" Opening music packaging now is like opening up that pastel colored greeting card sent by your grandma and shaking it in hopes that a crisp $20 will come floating out. "This is it? What else?" The road that has led us here is clear. Look ... 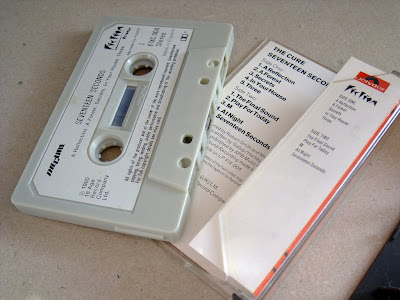 When I first started collecting music, it looked like that up there. I'd make my mom drive me to Blockbuster Music, or later on, drive my shitty Mitsubishi Mirage to Mad Platter in Riverside, CA. and buy whatever I wanted, and whatever I wanted came on cassette, because that's all that was available. Unless you had a record player, which I didn't. Tapes were usually $10-$14 and came in a hard case that would be chipped and broken before you even got it home. Tapes were very durable, unless left in direct sunlight. Sometimes the innards of tapes would get "weird" and the only way I knew how to fix this was to crack the tape like you would a stiff neck, and somehow this would fix whatever was wrong with it. 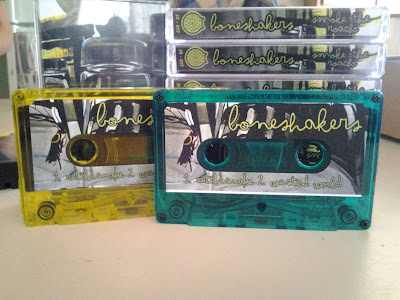 After awhile tapes started looking like this, because why not? At some point, somewhere, a man in a suit in an office said "sales are down, and I have an idea for how to pick them up. You ready for this? Let's make them different colors!" And it worked, because everyone in this world, including me, especially you, is stupid. 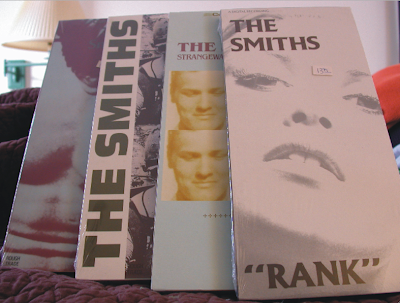 Up until like a handful of years ago, you were considered a poor nerd if you didn't have a home stereo. The MAIN thing that made people cool when I first started getting into music, especially before my group of friends all had cars, was what sort of stereo set-up you had. Stereos, and having them, stayed important until they all of a sudden weren't. I still have a stereo, and I still own a coffee pot. I have had my face laughed into for both of these things and I really don't understand what's so funny about it. Don't you want to listen to music, out loud, NOT through shitty computer speakers, and maybe drink coffee that no one can fuck up but you, all at the same time? I guess maybe I don't understand how you are trying to live your life.

The first CD I ever got, EVER, was the Pulp Fiction Soundtrack. The CD was a gift from my parents for Christmas, the same Christmas in which I was given my first CD player. At that time (1990?) CDs came in "longboxes"like the ones pictured above. To go into a music store at that time and buy more than four CDs, you'd basically need a small wagon to carry them around because they each weighed about as much as a shoe box filled with shoes. 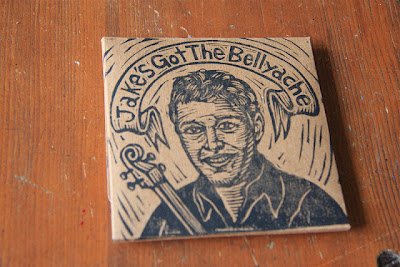 CDs usually look something like this now. Bands and artists seem to enjoy putting a great deal of creative effort, and time, into making original drawings and hand-made packaging so that we can look at it, get it all dirty with our butt crumb fingers, and then throw it away. I will always try really hard to figure out a good storage system for things like this. I will spend at least a day thinking about it, before I throw it away.

Because no one really has new ideas anymore, or if they do, don't really care to share them because "everyone sucks," things tend to get recycled. Albums have been around forever, and some people have just always had them, but now it seems like a lot more people are getting in to them because the chances of more "cool shit" being included with the purchase of an album are greater than the purchase of say a CD or MP3. This is what albums used to look like. Some still look like this I suppose: 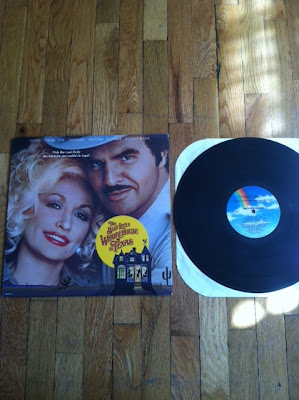 This is the Best Little Whorehouse in Texas Soundtrack and I bought it used on Amazon for about $11. There's a really great picture of Dolly Parton's boobs on the back of it, and the whole thing smells like old paper. I've been trying really hard to figure out how to make my whole apartment smell like old paper. I'm almost there. 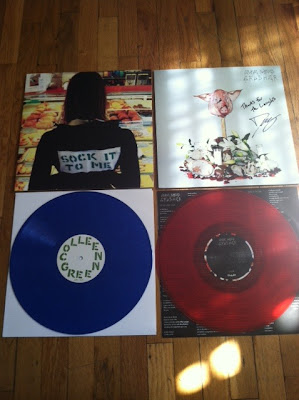 Most records look like this now. When I get an album, I unwrap it and ease it out of its packaging so slowly, like Charlie with his chocolate bar - hoping to see a golden ticket inside. Even if I know that what's inside is colored vinyl, because that's what it says on the sticker, and that's why I bought it, upon first glimpse of it I'll go "ohhhhhhhhhh." And if I get sent something and it's NOT colored vinyl, it's like a really cheap rip-off, even though I'm still getting exactly the collection of songs I paid for. See how stupid people are? Do you see? 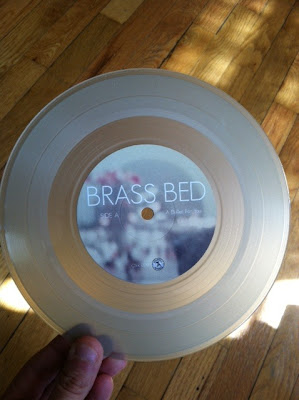 Same goes for 45s. Sometimes I take this Brass Bed 45 out of its sleeve and just hold it up to the sun and look at it for at least five minutes, and then put it back in its sleeve. If it wasn't pretty like this, I'd just play it. 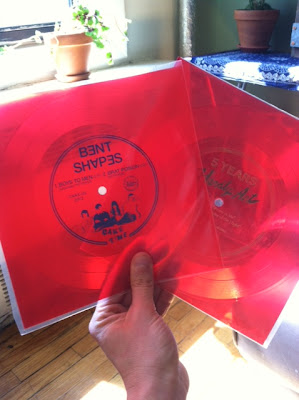 At my previous job I worked with this water head who had never heard of flexi-discs. I got one as a promo in the mail and tried to be like "hey look, water head, I got this cool flexi-disc in the mail, let me share this with you," but he wasn't having it because I have a vagina, and vaginas can't have cool things, or have ideas about stuff. But then, like a week later, I heard him man-splanning flexi-discs to an intern. Such is the way of the water head. These are a thing now too. Flexi-discs, not water heads. The first flexi I ever got came with an issue of Sassy Magazine. I wish I still had it. 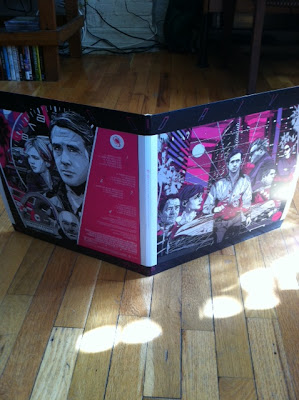 This is a thing now too, re-issuing albums that are already out, but with new artwork, and acting like it's a thing. This Drive Soundtrack put out by Mondo IS super cool though. It's got at least four pictures of Ryan Gosling right on it.

So that's it. Just a brief walk through how music packaging has changed in an effort to make us want to touch it. It's like dating, huh? Do you think that maybe one day bands will just start OkCupid profiles to try and snatch us up? Why don't we all just have sex and be done with it? Cut to the chase already. I said "cut to the chase" to a teller at the post office yesterday and he got SO MAD.