Where is the Music? Help Me Find This Music. 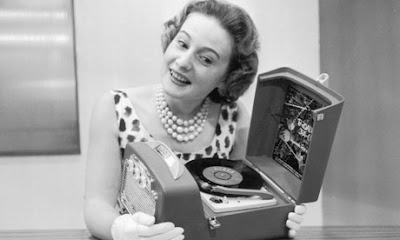 Yesterday was International Men's Day and it was a highly terrifying 24 hours, as well as prime opportunity for every man ever to choose from expressing one of the following sentiments via the social media platform of their choosing: 1) "ISN'T INTERNATIONAL MEN'S DAY EVERYDAY DAY???" (laughs until farts), 2) "I'm celebrating International Men's Day by taking my girlfriend/wife/mom/grandma/sister to (whatever) and definitely not raping ANYONE." 3) "I'm a feminist male, and I'm gonna tweet about that all day, and then mansplain something while trying to seem overly helpful in a "who's your turtleneck wearing Daddy" sort of way."

Pretty much all of yesterday was as close to a The Purge (you know, the movie) scenario as most women will ever achieve. Lock your doors, hammer wood over the windows, plug up your drains. The men are out there. And they're thinking things. Stupid things. No one is safe.

After a full day of peppering my work tasks with tweets and FB comments about whatever kind of little dick, hurt dick, dumb dick combo of insults I could find, all in an earnest effort to shit up a man, any man's day with these pointed word weapons lobbed over the wall that separates boobs from ding dangs for the remainder of earth's dwindling time, I saw THIS.

If you're thinking something like "I'm not clicking that," I remain unphased. I'm about to tell you all about what THIS is.

Yesterday, on actual INTERNATIONAL MEN'S DAY, Jimmy Iovine from Apple Music sat with Mary J Blige on CBS This Morning (hosted by Gayle King) and showed his wrinkly ass lips to the entire world by saying this:

“So I always knew that women find it very difficult at times – some women – to find music. And this helps makes it easier with playlists, curated by real people. They’re not made by algorithms alone – they’re made by algorithms but with a human touch.”

And then followed it up with this:

“I just thought of a problem: girls are sitting around talking about boys, right? Or complaining about boys! When they’re heartbroken or whatever…

“They need music for that, right? It’s hard to find the right music. Not everyone has, you know, the right list… or knows a DJ.”

All while Mary J. Blige, creator of twelve of her own studio albums, and Gayle King, who is best friends with Oprah Winfrey and should therefore not be in any sort of position to have to sit and feel this shit breeze across her powerful brow, sat there like "Sure. This is okay to be happening right now." I mean, who knows what they were secretly thinking inside their heads, probably a hardy "WTF" filtered in, but they for sure didn't stand up and overturn any coffee tables or furiously shake any silk set plants like I would have done/wanted to do.

Does it seem like any of these women would have a hard time "finding music?"

The above Apple commercial featuring Mary J. Blige (Famous Diva), Kerry Washington (Scandal), and Taraji P. Henson (Empire) was initially met with enthusiasm because it's rare to see a commercial on TV featuring a group of women enjoying anything other than yogurt or Kashi cereal together. It seemed powerful, refreshing, encouraging to see a commercial showing the world that women enjoy music, have opinions on it, weave it into the fabric of their lives just like some damn cotton underpants, etc. But now we know that that was not its intent. The intent of this commercial was to be like "Hey dumb bitches, help each other find where music is. Do you know where it is? It's right here. We've made it so easy for you, slutty, dumb, baby making bitches."

So yeah, I processed Jimmy Iovine's comments at the end of my day. The end of what was a normal work day for me, curating music content for the internet, and also assisting six different up and coming bands in matters of publicity. I'm one out of a shit ton of women, and I realize that only the amount of women in the palm of my hand put up over my face have similar jobs - measured against all the women in the world, but to step to ME, to US at the end of our work days, on International Men's Day, with this horseshit??? How dare you. How actual dare you?

Irvine has since apologised for his comments in a statement saying: “We created Apple Music to make finding the right music easier for everyone — men and women, young and old. Our new ad focuses on women, which is why I answered the way I did, but of course the same applies equally for men. I could have chosen my words better, and I apologize.”

Sure. And International Men's Day is "over."
Posted by Unknown at 9:22 AM