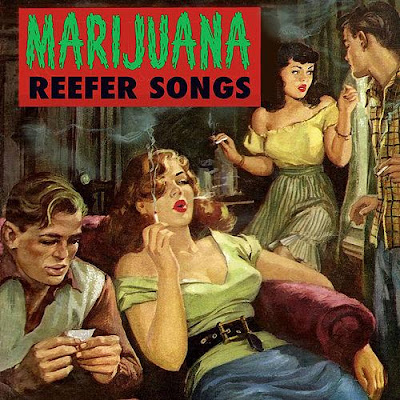 Today is April 20th, which is 4/20, which means marijuana things. I just opened a new tab and started typing "origins of ..." and "origins of 420" was one of the first things to come up. Along with origins of blaze it, and origins of 420 high times.

The first time I ever smoked pot was in high school. My high school was in Riverside, California and was set up in a such a way that you could be dropped off by your parents out front before school and then scramble away to do any sort of non school related sex or drug thing you had a mind to do and no one would stop you. No one was standing at the front of the school shaking students hands and handing out American Flags or anything. School officials had a general sense that humans ranging from the ages of 14-18 went there sometimes, and they got money for that fact, and that's more or less all they cared about. I would usually get dropped off out front by one of my parents, pretend to walk towards the school until I was confident they had driven fully away, and then cross the street to smoke cigarettes by this one bush everyone smoked cigarettes by. I'd go to class eventually, but not until I did some manner of non school related activity that I thought best prepared me for that specific day.

One day, by the bush, I decided I was going to do drugs. I'd never tried any sort of drugs before and decided that my pre class activity that day would be to do some. There was a guy named Danny who would often hang out by the smoking bush and I knew him to be a person who sold drugs. He was sort of chubby and had that kind of poofy hair that grew up and out instead of down. On this particular day he was wearing a brown Member's Only Jacket. I asked him if he had any "pot" and he produced what I now know to be a marijuana cigarette from a metal Band-Aid tin that he pulled from the pocket of his jacket. I paid him $3 I think,  and that instance is, to this day, the only time I've ever paid for pot.  With marijuana joint in hand I picked a secluded side of the smoking bush and sucked the whole thing down myself in under five minutes because I didn't know how pot happened.

My first class that year was English and once I got inside and sat down at my desk I had already begun to lose all control of my body. I was sweating, felt as though drool was just dropping from my mouth, and was convinced that the police would be coming for me soon. One activity we were made to do that hour involved us getting up to write something on the chalkboard, which I did, but when I sat back down and looked at what I'd done it appeared as though I, instead of actually writing something, just mushed a piece of chalk against the board using the palm of my hand.

The rest of the day got gradually more and more normal and when my Dad picked me up to go home I asked him if I smelled funny. When he said that I didn't, and inquired as to why I had asked that, I said that I dropped some burrito on myself during lunch. 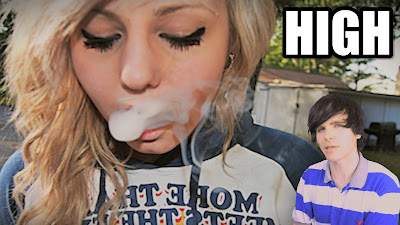 I've since done pot a bunch of times, and find it to be moderately enjoyable. I kinda wish I liked it more than I actually do because I think enjoying a substance known for making people "chill" would enhance my life experience. For many years I thought I was allergic to pot because every time I smoked it I'd throw up, but I later realized that this was just happening because mixing pot with multiple bottles of Boone's Farm Strawberry Hill would make almost anyone throw up. In recent years my experience has been better, apart from the one time a roommate of mine in Brooklyn made pot cookies and I had too much and then my body seized upon itself like Emily Rose. 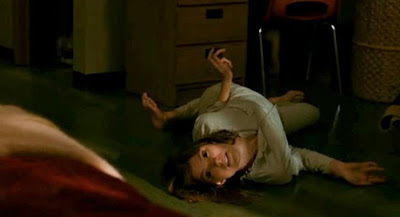 Being the non-frequent 4/20 reefer smoker that I am, it was a twist of fate that a representative for the company Burn Box recently sent me a selection of stuff to try out. Burn Box is a monthly subscription service, kinda like Birchbox, but instead of getting mini body lotions and state of the art hair-ties you get rolling papers and pot pipes, etc. I was excited to receive my box and secretly hoped there would be actual pot inside because we don't have any in the house ever.

The box I got included a couple different kinds of rolling papers, a glass pipe, a few pieces of hard candy, matches, a rubber band thing you put over your pot pipe to keep weed pot from falling out of it when you're done smoking marijuana reefer, and a red thing that you make monkey noises on with your mouth that's supposed to blow smoke rings. I think. That last thing we couldn't quite figure out. Oh, and there were also some very small glass jacks that I guess you put in the weed pot bowl to keep reefer crumbs from being sucked into your mouth. 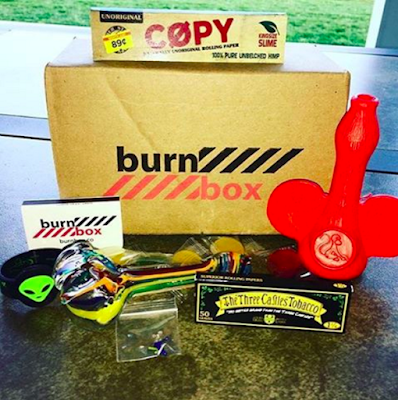 Shortly after my Burn Box arrived my neighbors had a party in our shared backyard so I brought it out for everyone to play with. One of the neighbors had some 4/20 weed pot so I put some in the new glass bowl and got immediately stoned. I don't really remember much of anything else from that night but word has it that a new friend tried to teach me how to be my best self while toasting a Peep over our fire pit while using a metal coat hanger.