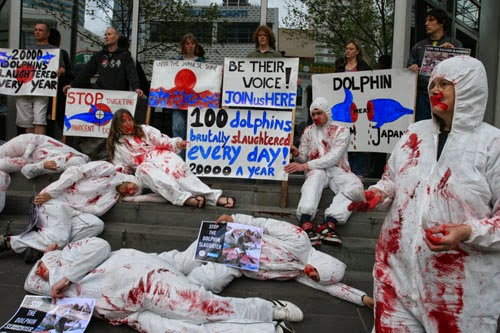 I’m turning 35 in a week, so I’m officially in the phase of my adulthood where I can’t expect anybody to give a shit when I say things like “I’m turning 35 in a week.” Telling people your 35th birthday is coming up is like telling them “don’t worry, I’ll be done saying this soon.” I get it. I don’t really give a shit either. I’m over myself. I’ve been me for 35 years, and I’m fucking sick of it, and I’m at the point where I should probably have kids or something. Just to kill time until I get to die.

That’s a good reason to have kids, right? Like instead of spending all my time trying to figure out what movie to watch that I will like the most, for me, I’ll just be constantly bending down and picking up small shoes and then chasing a small person down and putting a small shoe on their small foot. That sounds equally as boring as staring at a Netflix screen, thinking “Well, me, what do you think? Is today the day I watch that documentary where they kill all the dolphins?” But then at the end of it instead of nothing being different in the world except now I know somewhat more than the minimum possible amount about how sad it is to kill dolphins, there will instead be a person out there with roughly the same value system as me, who gets all pissy and passive aggressive when they’re hungry in roughly the same way I do, and maybe they won’t be a complete failure at their lives. I don’t know. Maybe that’s okay.

One thing for sure I don’t care about anymore is keeping track of what albums came out this year. For this reason, I guess I’m the perfect audience for these lists, although the “don’t care” thing probably throws a monkey wrench in the whole apparatus. The good news about “don’t care” is I’m not mad at these lists, or the entire fucked up machine of the “music press” for “getting it wrong” anymore.

As far as I’m concerned, Total Control “Typical System” is the best album I’ve heard that came out this year, and then there were some others that I guess were pretty good too. If somebody else disagrees with that, or if they are part of a weird industry where they can’t say that because they will not get paid enough money to eat dinner unless they can find a way to say how great Taylor Swift is, or if they actually haven’t even heard of Total Control nor do they have any interest in hearing of Total Control at this point because they’re drowning in press release emails and bands on obscure Australian indie labels that don’t have a publicity budget but who some 35 year old on the internet likes are like “it might be great, but I don’t even have time to not be looking through these emails when I’m alone and shitting into a toilet,” then I guess that’s all okay with me. I’m all dolphin documentaries, and albums I like a certain amount less than Total Control, and maybe one day children for the rest of my life. I’m not gonna sweat it.

Let’s see what Trevor Risk over at Huffington Post Canada had to say about the best “indie” albums of 2014. 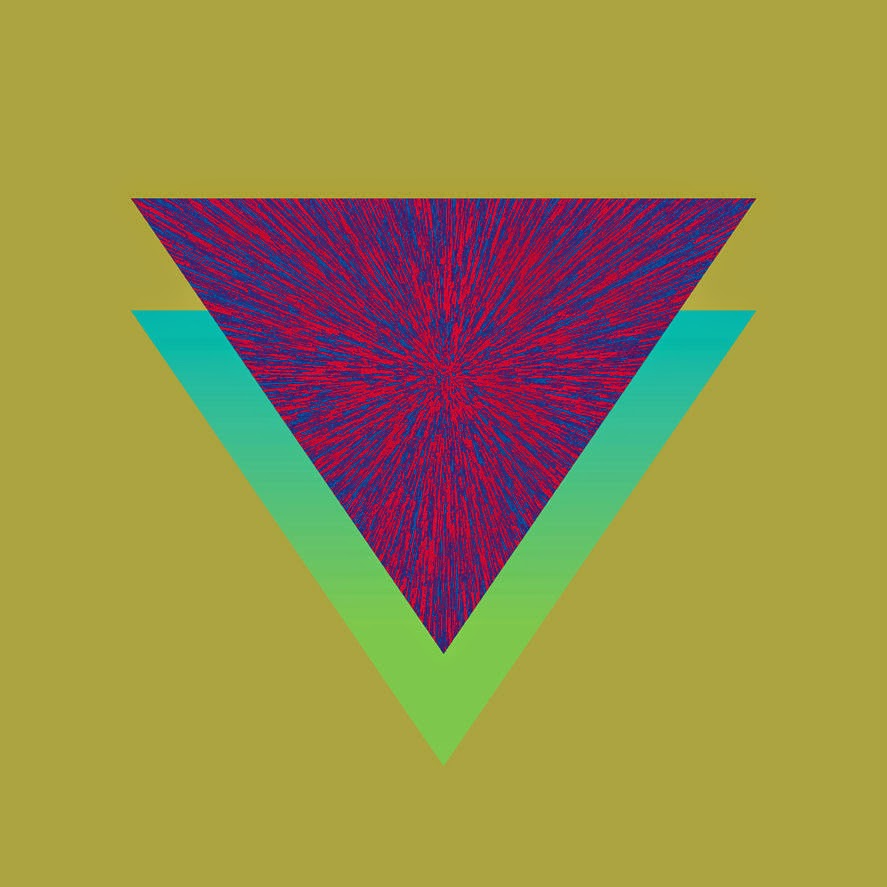 After being briefly captivated by 2012’s “World Music” I thought it seemed likely that their second album would suck. You know when a band has that gimmicky second-album-gonna-suck vibe? Like "sure you like us now, but we are Swedish and we are wearing a lot of eye makeup, so any second now we could go full blown Dexy’s Midnight Runners.” They didn’t do that, which is actually somehow more disappointing in a way. I would have probably enjoyed it more if the music press had to tie themselves in a knot trying to push the “check out these FAR OUT WEIRDOS” narrative at the behest of Sub Pop with an album that sounded like unmitigated Kajagoogoo. This is just, you know, good.

A note on the “Indie”ness of this release: Sub Pop releases are distributed by the Alternative Distribution Alliance, a subsidiary of Warner Music Group, which is itself is owned by a multibillion dollar multinational privately held industrial holdings company which got rich off of fracking. So, I guess that’s “indie” because the company is privately held. So like, hey man, we’re gonna get our alternative message about alternative lifestyles out there, and we’re gonna get a little help from these cool “indie” fracking billionaires. Far out, man. 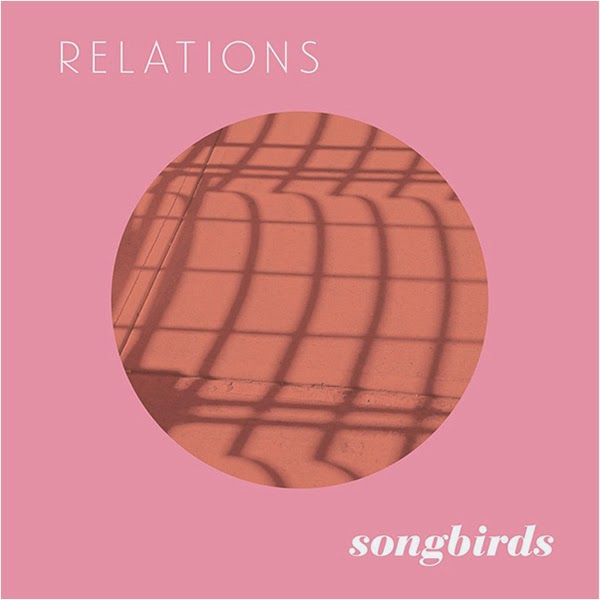 This is fine. It’s jagged guitars over beat-based Bunnymen style new romantic slash C-86 anglophile college rock music with lyrics I didn’t really listen to but assume are sort of wryly about being young and feeling feelings or whatever. There are a lot of bands just like this. They’re fine.

100m Records seems to actually be an independent label based in London, but there’s a real strong whiff of money that came from somewhere coming off of their website, and information on the enterprise is both difficult to obtain and unGoogleable because the people who want to hear about “100m records” are justifiably more interested in Usain Bolt and Ben Johnson than some dumb band from Boston named “Cat Magic” or something who are trying to sound exactly like Vampire Weekend. 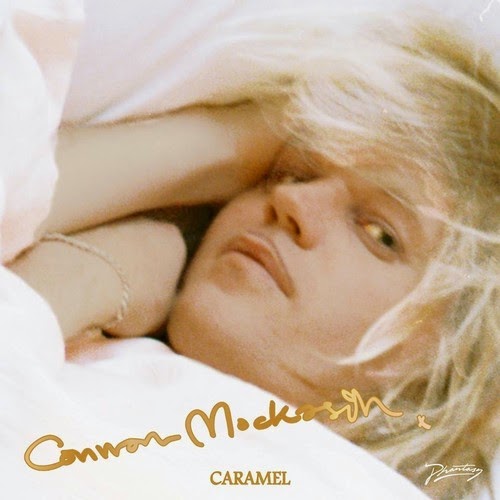 Connan Mockasin sounds like one of the more well-produced Ween albums where you can’t tell the extent to which they’re kidding or what kidding even means at this point, but you know that this involves a certain amount of somebody kidding somebody, and you can’t be entirely sure it isn’t you being kidded, and you just have to live with that. I’ll take psych flourishes and weirdos singing about sexual things through some kind of a goofball vocal filter, though, every day of the week.

Discogs says it was released in 2013, and was issued in the U.S. by Mexican Summer, whose releases are distributed by the Alternative Distribution Alliance, a subsidiary of Warner Music Group, which is itself is owned by a multibillion dollar multinational privately held industrial holdings company which got rich off of fracking. It bears repeating. That’s what’s going on in the music industry and the world right now. Even complete strange weirdo music like Connan Mockasin is benefitting billionaires who are actively destroying the planet. 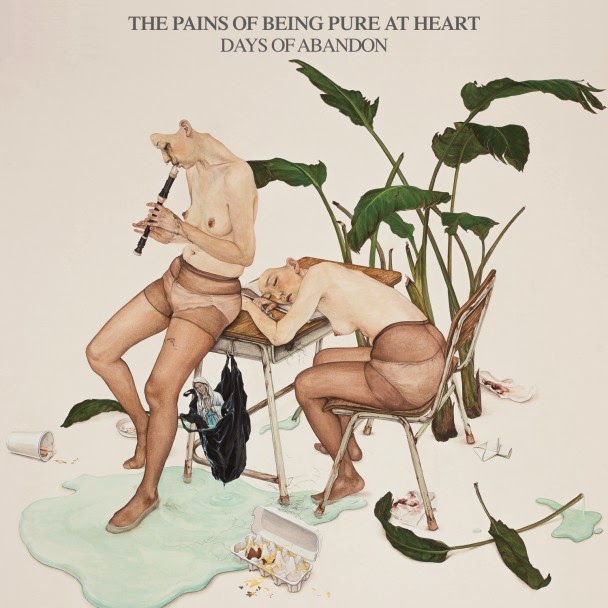 7. The Pains Of Being Pure At Heart “Days of Abandon” (Yebo Music)

This has to be the worst name of all time for a band that’s gotten this much critical attention. Just typing it. What a chore. "Pains... of... Being... Pure... oh fuck you, seriously, I am still typing this band's name and it's THIS?" I can’t think of anything worse off the top of my head unless I’m allowed to make things up, in which case Flaccid Penis, Cat Magic, Cool People, The Wikipedians, The Awful Truth About Cats And Dogs, Hippie Hippie Hooray, and Chumbawamba are all worse.

Yebo Music appears to actually be independent, although their address is on Fifth Avenue in Midtown Manhattan, so if they can afford that somebody in their organizational flow chart is probably the indirect beneficiary of centuries of murder and rape. 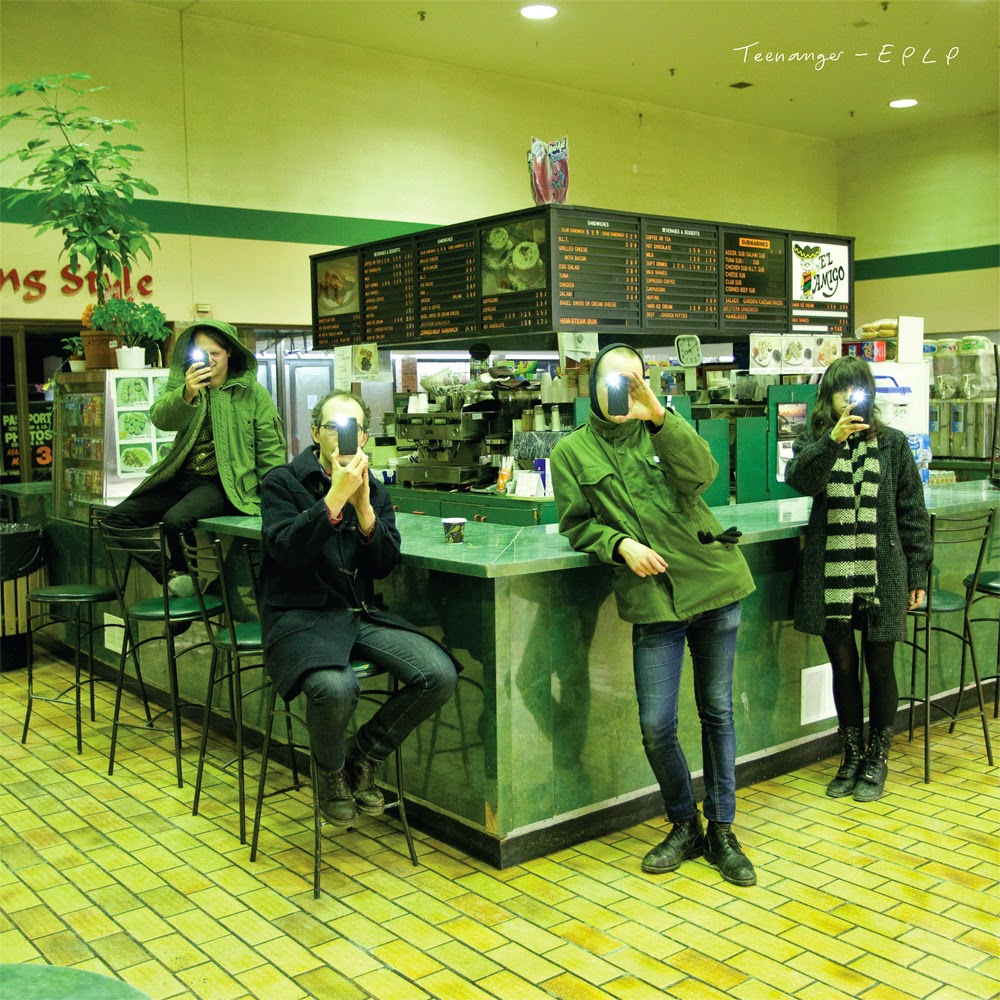 I've been like "man, how come this list is pretty good so far" the whole time and the answer is because it's Huffington Post CANADA. They have all kinds of government programs going up there which allow you to publish truthful lists of music albums on the internet without having your family ripped apart by wild dogs. This album plays the role of "we have to include one Canadian dud on the list simply because it's from Canada and we do that." Like how their CFL teams have roster requirements for a certain number of actual Canadians. Or like how Aquille Carr is on a professional basketball team with two goofy white dudes from Nova Scotia right now.

Telephone Explosion is a legit indie label. They put out a Bruce Haack record this year and a Spacin’ tape which come to think of it I might have to pick up. 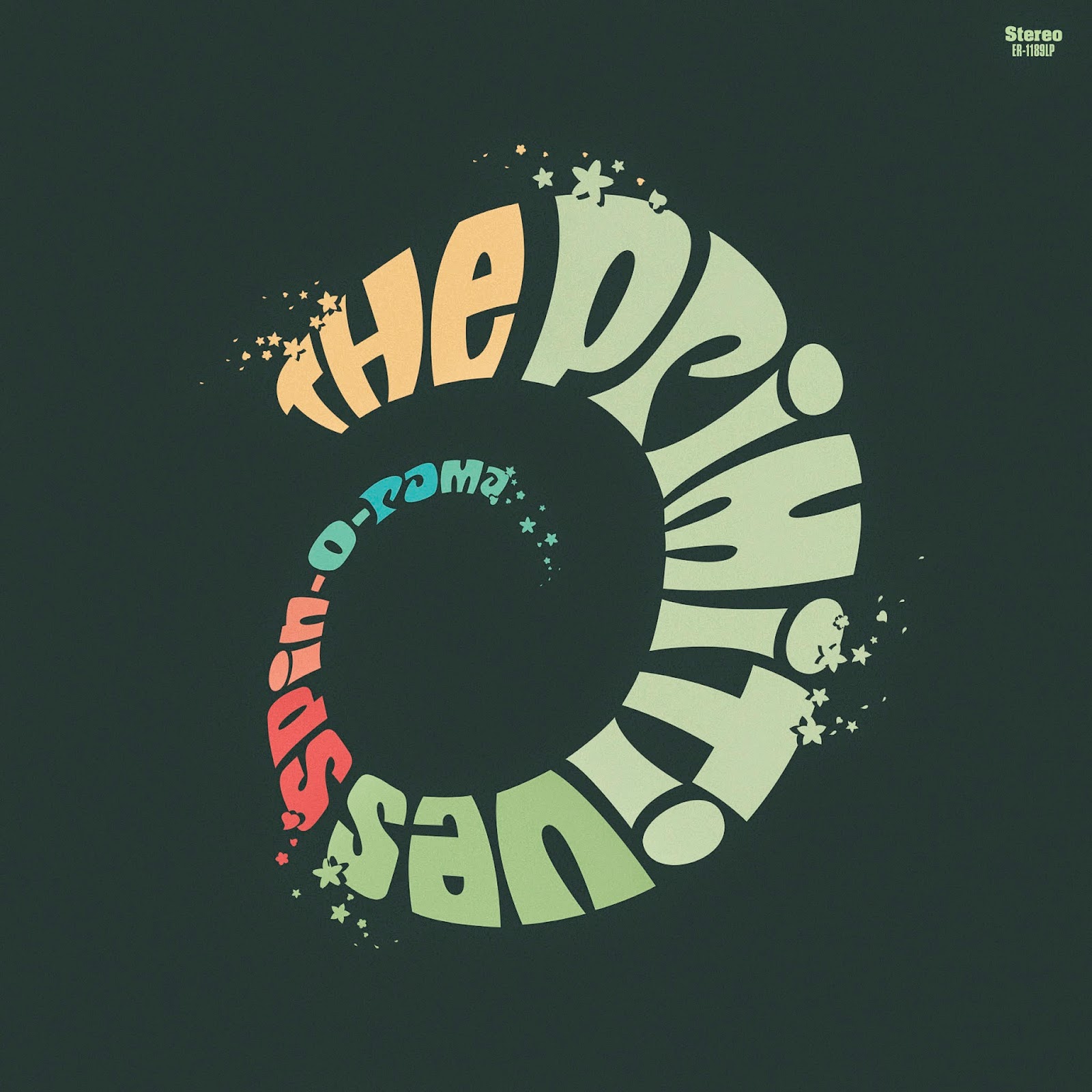 I’m not a musician so I don’t know how hard it is to write songs like these. It sounds easy as hell. Which is in no way a knock. Songs should be easy. Like “Tutti Frutti, Oh Rudy” is easy. I’m glad there are people out there like this, who can easily write a bunch of songs, go to sleep for 25 years, and then roll out of bed, stretch, and write a bunch more easy songs that are exactly the same as the old ones.

Elefant is quite legit “indie.” 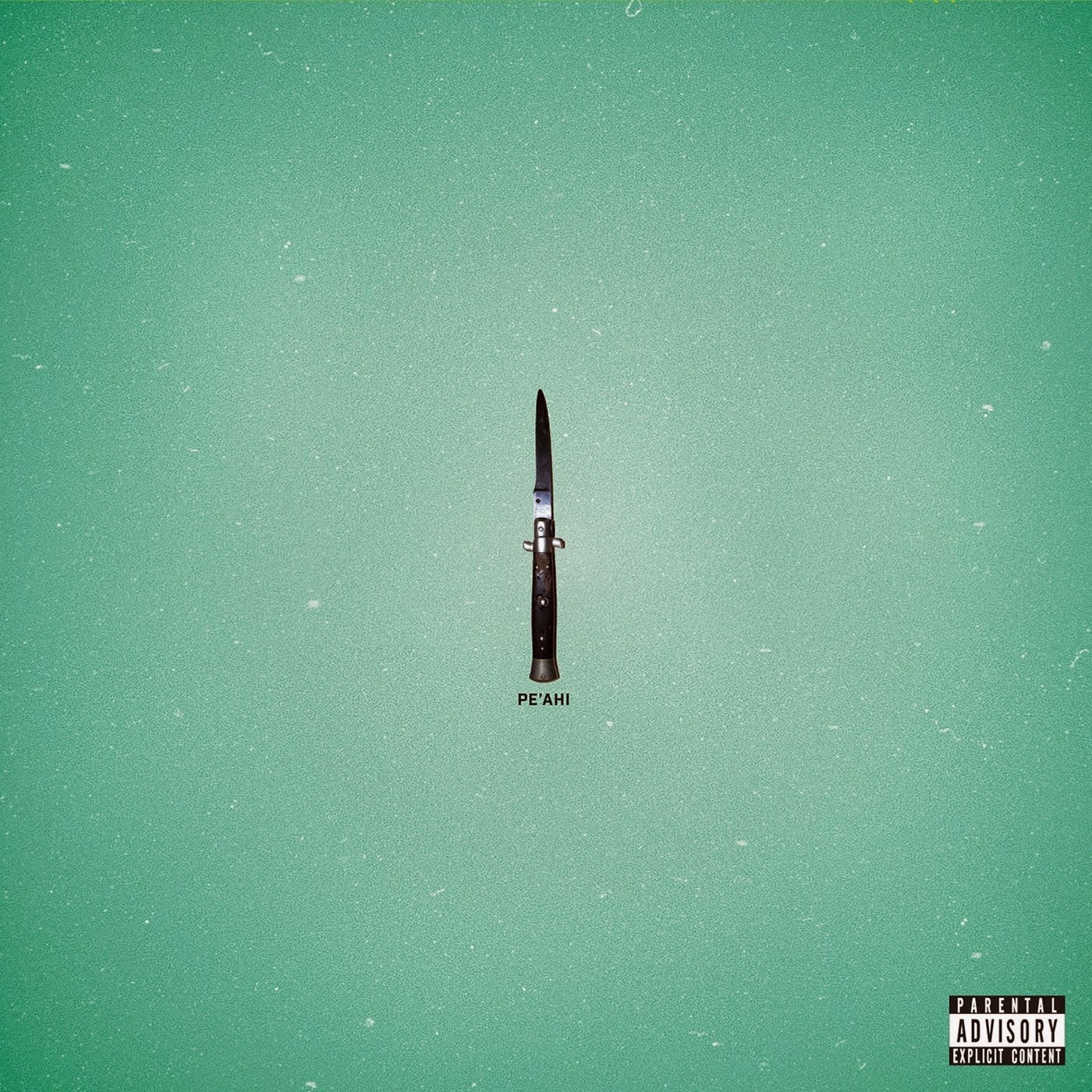 These songs all sound like something you’d hear during the end credits of a Girl With The Dragon Tattoo movie and kind of like, which is unexpected because the movie theater environment is not typically a place where you like song things, then you look it up and go “Oh, The Raveonettes. Huh.” Then you pause exactly where you are for fifteen seconds trying to figure out what to do with that information before something happens and you have to move, and then the entire rest of your life happens.

Beat Dies appears to be their own vanity label, but they used to be on Vice, so… Rupert Murdoch. Just FYI, Rupert Murdoch spent $70 million to own 5% of Vice Media, which is the dumbest thing he’s done since he bought Myspace, and for the same exact reason. So bands are sounding like this now? Shoegaze? We’re doing shoegaze again? I’m cool with it, I just want to know because this is the first one of these I’m doing and I’d like to be prepared for it. Like how you buy ham from the deli instead of turkey before Thanksgiving, because you’re gonna feel like an idiot going “well, I guess it’s time to eat even more fucking turkey before it goes bad,” whereas a ham sandwich does not even count as a thought process-level meal. So if this is how every band is sounding now in 2014, I’ll just go ahead and not listen to Medicine on my iPod for a couple of weeks and just do this instead, just to be safe. I’m fine with bands all sounding like this, by the way. It’s good when huge, indistinct masses of bands all sound like something you don’t hate.

Slumberland releases are distributed by The Orchard, which is owned by Sony, which has a market capitalization of $23.72 billion. 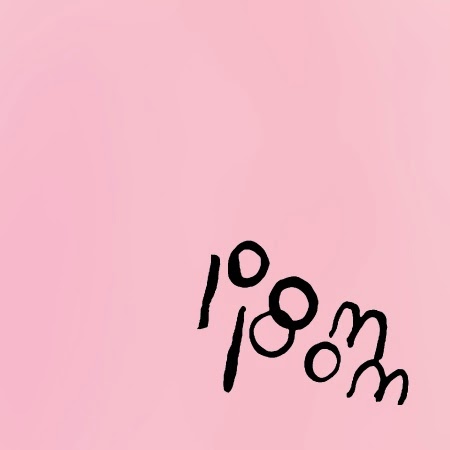 4AD owns Pitchfork. Ha ha, just kidding. Maybe. Ha ha. Just kidding about anything but just kidding. Totally totally just kidding. I'm like a Ween album of saying what I just said. There's a lot of kidding going on in there. 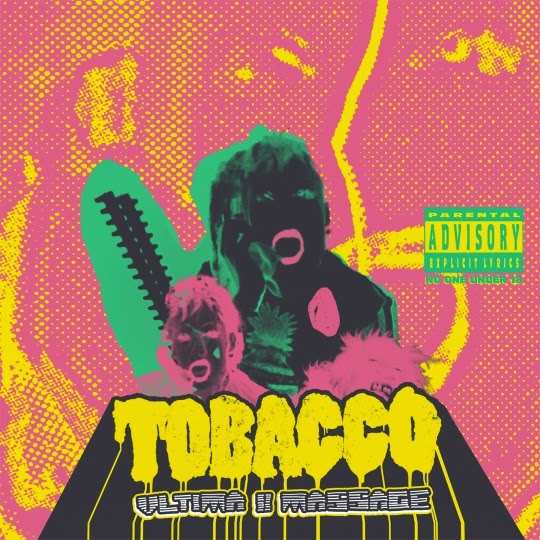 I like Tobacco. He’s done a really good job of basically doing the same thing over and over for like a decade and having it be pretty good.

Ghostly International isn’t all that much fun to research, so it’s probably an actual indie label.

In conclusion: good job, Huffington Post Canada. There are some indie releases mixed in here among the "indie" releases, and everything sounds pretty good, even the Canadian band, and I appreciated being exposed to most of it. I am probably as glad I read this article and listened to these things as I would be to watch a 90 minute movie about how they’re killing all the dolphins somewhere. I don’t know what I’m supposed to do with this knowledge, but okay, I know it now. Thanks. Now I have to go lie down on the floor until my dog falls asleep. It’s this thing I do with my life now. I can overindulge my dog if I want to, I guess. That's one thing I can do.