I Actually Went To Pitchfork Fest This Time

My plan for this past Saturday was to go to a dental appointment at 10:00am, which involved getting fitted for a couple of crowns, and then go from there to the Pitchfork Music Festival. It was a stupid plan. But that was my plan.

I’d never been to the Pitchfork Music Festival before, despite living in Chicago for that event’s now 10 year run. I never wanted to go, especially. I don’t like crowds or heat or standing around for hours on end looking at people who are just playing guitars or drums or singing. I’m a grump that way, I guess. I’d like to not be, but you don’t always get to choose everything about yourself.

I didn’t really want to go on Saturday either, but there was like this situation with a person I was dating, who was going to be in town for Pitchfork, and who is more fun than I am, and this person said “don’t be a stupid grump, this is a fun thing for fun people to enjoy, get over yourself. I will be there and we will have fun.” So I bought a one day ticket for Saturday, and then shortly thereafter I started not really dating this person anymore. I’m pretty new to dating. Apparently this is something that happens in it.

Anyhow, this is how my day went:

I should have flossed more diligently in my 20’s. It’s really not all that big of an inconvenience. You can do it on like the couch or in bed or something. If you don’t, you’ll end up with a mouth full of goop that tastes like spackle-flavored chewing gum, laying back in a dentist’s chair watching Jeff Corwin talk about turtle rescues. Jeff Corwin has put on weight.

Oh, it turns out I am way early for this. There are not many people here yet, and no music acts have started playing yet, and so far it’s not bad. I visited the various tents with people and things in them. My friend Jac was in the book tent. My buddies from Permanent records were in the record tent. There was a free things area where you could interact with youth-targeted brands, who would give you free things and ask you to hashtag anything whatever them and add them on Snapchat. Snapchat is for dick pics. I have been dating THAT long. I don’t want to see a yogurt company’s dick.

Jimmy Whispers played. I saw him. He played. He was flailing around in the crowd and singing badly about raping your mother, which I did not mind so much as it was just too bright out to listen to. I decided to stop seeing him, and walked back to the record tent to look at more records. A couple of people from the Drag City table informed me that they had plans in the works to reissue old Flying Saucer Attack records sometime in the next year. This news made me happy.

Protomartyr played, and I went to go watch and ran into my friends Matty and Mary, who are great. I was not familiar at all with Protomartyr, and I liked them. They seemed utterly miserable to be playing outdoors in the heat of summer. Their front man was openly disdainful, wearing a black suit coat and sunglasses and saying things like “alright, we’ll get through this together” in between songs. I liked him. But I didn’t make it all the way through their set because it was too hot, so I went and stood under some trees, then went and sat on a couch in the free yogurt tent for like 30 minutes.

Then a bunch of other shit happened. My face regained enough feeling for me to get some food, so I got some food. I went back to the record tent, and a friend gave me some Excedrin for the somewhat painful sensation my face was now capable of feeling. Then it rained, and I got rained on. Some people were taking shelter from the rain inside of port-o-potties. That seemed stupid to me.

The rain cleared up, and the Excedrin kicked in, which is basically low grade speed, and I started just walking around from thing to thing, not really liking being anywhere, checking the festival schedule a bunch of times just to see if there were any musical acts on it that I actually was very excited about seeing, kind of in the same way you stare at an empty fridge for too long when you’re hungry. It was starting to get more crowded. I vacillated between wanting to get closer to the front to see whatever musical act was on a stage, and then wanting to get the hell out of there. I had no plan. I was quantum. Panicked.

At one point I bought a vegetarian cheesesteak and the person who gave it to me wanted to make sure it didn’t get tarp drip on it, and I leaned my head into the cheesesteak tent and said “just put it under my face, I’ll protect it with my head.” And then ducked out of there with a cheesesteak very close to my face, and ate it hungrily under a tree. That was kind of a fun interaction, I guess.

Then I ended up close to a stage where some hip hop dude who I’d never heard of was about to start doing music, and the voice of a British woman came on the loud speaker and said “due to forces beyond our control, the Pitchfork Music Festival will be closing in 20 minutes…” Immediately after which I was on my way to the nearest gate to escape. Immediately after THAT, the sky opened up and dumped several cubic feet of rain down on everybody. There were a lot of squealing, sad, wet white people running around. I was not squealing or sad or running. I was a happy wet man, and I was walking home. 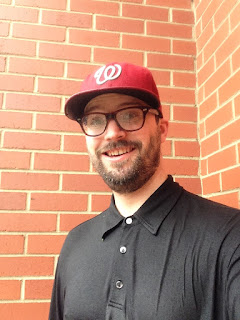 That person who I was kind of dating but then kind of not dating called me while I was walking back to my car, and my phone was too wet for me to swipe the “answer this phone call” option. That’s a funny thing that phones do sometimes, is just become total useless due to your hands being a little wet. I was eventually able to fix the situation due to some napkins I had in my pocket on the suggestion of the cheesesteak person, who said “keep some napkins in your pocket so you can use them on your glasses.” That cheesesteak person was a smart, helpful, kind person.

It turned out the Festival was due to open back up in not much time, and then do all of the Festival-like things it was originally intended to do, and that I'd be more than welcome to go back to it and hang out and be at it and prove to the world and myself that I am not a grump, that I am in fact fun as defined by being a person who goes to a thing like this and hangs out with people. But I was soaked, for one, and also as I was growing increasingly frantic and desperate for relief in the few moments leading up to the storm, it was hard not to see this deluge as a message from God. “I hereby release thee, my son.” And the decision to just go home felt like the best decision I’d made in a very long time.

I hopped in my car, which I had parked pretty far away, and took Ashland north, did an end-around some heavy traffic by turning right on Cortland, then left on Elston, then up to Damen, right on Diversey, left on Paulina, right on School, then left on Ashland again which by then was manageably thinned out, and during this deft maneuvering, which I had the ability and the knowledge to pull off, I decided to listen to Black Vinyl Shoes, which is an album I like by the band Shoes, very loud. It turns out this was also music. And I was sitting down while listening to it and enjoying it, and paying nothing for the privilege other than whatever gas money I burned through while deftly piloting a 2000 Volkswagen Shitbox through the backroads of Chicago’s North Side.

I stopped at the corner store and bought some ice cream for myself, and then plopped down on the couch and watched movies for the rest of the day, and it was the best. It was better than a thousand festivals all lined up in a row. I cannot hesitate to recommend going home from the Pitchfork Music Festival for no better reason than to just not be there anymore. It’s the best event of the summer. If that makes me a grump, well, too bad. I get to decide what kind of life makes me happy. 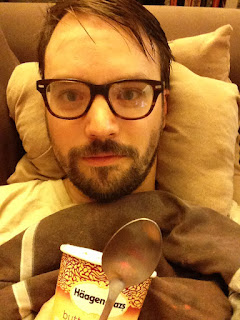 That's my review of Pitchfork Music Festival. It is, in a way, less relaxing and enjoyable than dental work, and it is by far not as good as not it. To me.