Hot New Playlist: Married Guy With Goatee and Pierced Tongue Who's Texting You 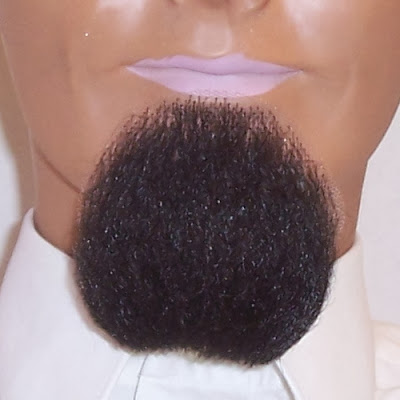 Last week I took an Amtrak train with my DP (that stands for domestic partner) to a place called Altoona, Pennsylvania to spend Christmas with her family. Promises were made that we would see deer while we were there, but we didn't. What we DID see though was a rolly polly married man with a long patch of chin bush such as the one pictured above, but more on that in a minute ... as in right this minute.

There is a bar in Altoona that the locals frequent where you are required to be a member, are allowed to smoke inside, and are asked to pay for your drinks in pogs. I'm guessing that you buy the pogs with money, and then present the pogs for your drinks, which leaves me to wonder why they don't just cut out the extra step there and take the cash like everyone else. I don't know. I mean, I get it. Pogs.
We went to this bar with my DP's cousin, and when we walked in everyone stared at us like we were nude from the waist down. Her cousin had to sign us in on a clipboard. The name of this club ryhmes with PISS CLUB. 30 seconds after the bartender announced there were free drinks till 7PM a man named Beef fell down.

Within roughly 10 minutes of us sitting down, a man who's chin looks like the picture above walked over to talk to us. He told us right away that he likes tattoos, has a hairy back, and that if we give him our phone numbers he WILL NOT send us dick picks. He also kind of looked like this: 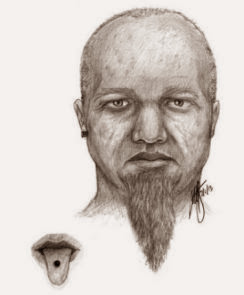 As any random and uncomfortable grouping of people are want to do, we started talking about music and chin bush married man suggested that he text us some hot new bands that would for sure change our lives. This is that list:

Now although just looking at that list makes me feel like I have a yeast infection, I make it a point to at least listen to thirty seconds of something before I shit on it, so let's do that. Let's listen to a thirty second sampling of each yeast infection, and then jot down our thoughts and actions as they come to us. The last time Lindsey Baker and I did this together we made the entire city of Memphis want to kill us.

Army of the Pharaohs - Spaz Out

Seems like this guy likes rap safe for racists.

Like someone is just punching you in the head.

I think he said butter mouth.

Rapping about your daddy's dick is something reserved just for inbreeds.

At least they're sort of ethnic.

This is fucking horrible.

He's obsessed with his Dad.

I hate that man.

All of these songs glorify male obesity. They all sound fat and look huge.

Here's a black person. Wait no, that's not him. He's the white guy.

You can't just make a video that looks like a VH1 Behind the Scenes.

I don't think this is real.

I feel like all their penises have scars and burn marks.

Lindsey thinks she's heard of this before.

At least they're honest about using that keyboard.

I feel embarrassed listening to this.

What kind of voice is that?

Is this one of those Iranian metal bands?

It's making the cats angry.

Sounds like someone stole samples from a Dad's home recording equipment.

More evidence of people being surprised by their own birth.

I guess this is just what someone listens to.

All of this music reminds me of a dick pic.

I can't imagine being proud enough of this music to share it with people. This is something I'd listen to in the basement with headphones while licking mold off the wall.