By: Corey C. and Ben Johnson

After not actually reading the always hilariously overwrought Steven Hyden's Career Arc: Tom Petty piece in Grantland, Total Bozo Youth Correspondent Corey C. had a few thoughts about the "underappreciated genius" of Tom Petty. Total Bozo co-editor Ben Johnson disagreed with those thoughts in the way that reasonable minds can, and so what emerged was a point-counterpoint about Tom Petty. A Petty-Counterpetty, if you will. 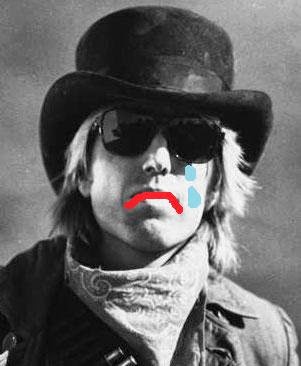 I’ve never listened to Tom Petty’s music before. I never got dragged to a Petty concert or dated a girl who had Petty fever or roomed with someone who would subject me to such torture. Recently, my friend asked me if I was going to the Petty show at Fenway and I laughed and said, “Who? The ‘Free Fallin’ guy?”

That’s right, I have heard that song, but it lends itself to such easy mockery that I forgive it. ‘Free Ballin’ is still a phrase that makes me chuckle. In fact, I was forced into my first extensive free ballin’ experience this summer when I moved to a new apartment and I couldn’t find my underwear (boxer-briefs). It was hot that week and I didn’t feel like unpacking and I secretly liked the lack of underwear. I was almost disappointed to find my underwear on the 4th of July, but it was cold and rainy out, so then I understood the point of wearing underwear again.

I bet Tom Petty needed a new pair of underwear when he was allowed to play in the Traveling Wilburys with Bob Dylan, George Harrison, and Roy Orbison. They were like the Wu-Tang Clan of aging 60s pop icons. Bob Dylan = The GZA (best flow, wordsmith), George Harrison = The Rza (organized it), Roy Orbison = ODB (his verses are the greatest), Jeff Lynne = U-God, and Tom Petty = Cappadonna (I don’t notice Lynne and Petty’s contributions).

The Traveling Wilburys’ first LP is underrated. That record is so belligerent and relentless that it transcends the corniness to a point that I find acceptable. How can you go wrong with Bob Dylan writing a song called “Tweeter and the Monkey Man” that is blatantly Dylan trying to channel Bruce Springsteen? Wait, was Springsteen asked to join? Was he mad that he didn’t get asked to join? Wouldn’t he have been a better choice than Tom Petty?

I guess I have heard a little Tom Petty here and there, but overall, I’ve avoided him like I avoid Catholic priests. I owned “Damn the Torpedoes” once because it was in the dollar bin and after one listen I respectfully returned it to the dollar bin. Think about it: Petty’s partly responsible for “alt-country” and “Wilco.”

So join me in not-listening to Tom Petty. We can make a day of it: “Don’t Listen to Tom Petty Day.” We could add it to the Chinese calendar: “The Year of Not Tom Petty.” On Halloween, don’t dress like Tom Petty. And if you are at a party and someone starts playing the chords to one of Petty’s songs, please smash the guitar, like John Belushi in Animal House. 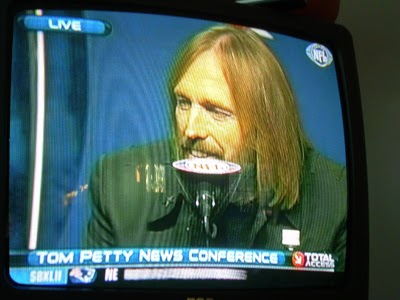 Counterpoint: What The Fuck Are You Even Talking About?
By Ben Johnson

Look, you certainly don’t have to listen to Tom Petty. Your life is your own to live, I guess. And I kind of get where you’re coming from. It’s not like I spend a whole lot of time forking all my cash into whatever jukebox I can find just to listen to some Tom Petty. I own two Petty albums and plenty of Petty MP3’s. I never have a Petty emergency, though. I can get roughly the amount of Petty I find necessary from regular non-Petty living and atmospheric Petty. Hell, those oversturdy radios they use at construction sites play like 70% of the earth’s Petty. Everybody seems more or less fine with that arrangement. So I can understand why you’d want to say something like “I don’t technically need Petty, so not listening to any Petty is a smart way to live.”

And it is also not smart to dismiss Petty out of hand just because you’ve heard “Refugee” more times than you’d prefer to. You can’t blame Petty for that. It’s not like he came to your house and forcibly duct taped you to a chair and played “Refugee” over and over again. That’s not how Petty rolls. For every unwanted repeat of “Free Fallin’” you’d prefer to take off your total tally, Petty also didn’t come to your house and forcibly duct tape you to a chair and make you listen to “Anything That’s Rock N’ Roll” even though that might have benefitted you greatly. He just plays the songs and leaves the rest up to you. He’s the world’s shruggingest rock star.

Are there underrated Petty albums? Hell yeah. You want to make rap game comparisons, 2006’s Highway Companion is Petty’s “Forgot About Dre” in an era when every Shins, Fleet Foxes, and Grizzly Bear were making precocious inroads into the Petty zone of singer-songwriter pop pleasantries and acting like hot little shits about it. Highway Companion dabbles just enough in mid-2000’s indiepop tropes to effortlessly mop the floor with those other acts. And I don’t really need to tell you about Wildflowers, do I? It’s the alternate universe follow-up to After The Gold Rush in case you ever want to put on an album that crushes you into nothing.

I think the big thing that’s missing here is context. Okay, yeah, parts of Full Moon Fever are a little dated. But look at the vast wasteland that was popular music and popular music delivery methods in 1989. It’s all this boo hoo hoo The Cure new wave goth shit, and that thing where you Midnight Oil Guy dance to “Roam” by The B-52’s without moving your feet from where they are on the floor. Even if you had the wherewithal to look past the pop charts, which few did back then, you get not much for your trouble but obnoxious metal and shoegazing Brits and American indie underground “art rock” songs about Monkeys Gone To Heaven. If you wanted straight-ahead unselfconscious pop rock songwriting you could sing along to in 1989, it was Petty and then off a cliff to the other guys. And if you listen carefully to the runout of “Runnin’ Down A Dream,” you can tell he was trying his best to include a healthy dose of guitar. Maybe not a The Gories amount or a Cosmic Psychos amount, but come on. Let’s be realistic here. Fucking nobody knew about those bands until like 20 years after the internet was invented. The people who were actually there know this. There were twelve of them at those shows, and three of those twelve were 50-something year old alcoholics whose native VFW hall was the venue. Petty might not move the needle much for you in 2014 when everybody knows everything, but in 1989 Tom Petty was downright helpful. He was out in the open; on the radio and everything.

And that’s more or less what we’re talking about here with Petty. You’re telling me you’re in a classic rock radio situation and you’re NOT cranking it when a Petty tune comes on? What are you turning up? Foreigner “Urgent?” BTO “You Ain’t Seen Nothing Yet?” God help us, are you out there getting stoked on Superfuckingtramp “The [Motherfucking] Logical Song?” I mean, really. Just how important do you think you are, you can’t listen to a little Tom Petty?