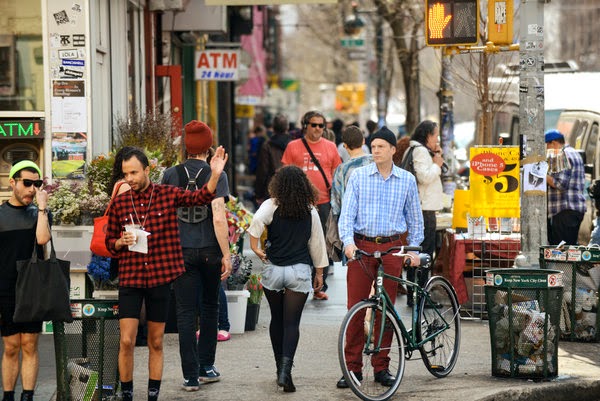 Before we start talking about why Williamsburg is a dumb place to live, let's talk about other places. As of now, I have lived in three pretty large sized cities. I've lived in Riverside, California, Chicago, Illinois, and Brooklyn, New York.

I lived in Riverside, California between the ages of seven and 20ish. I lived there because my parents lived there. I moved out of my parents' home the week I graduated high school and rented a room in a weird divorced lady's house - also in Riverside, California. I lived there with my Mormon girlfriend. We had told the weird divorced lady that we were cousins, but she knew we were not. She especially knew this the afternoon she walked in on us having relations on her kitchen island.
Riverside smells like orange blossoms, magnolia trees, and malt liquor. You can rent a house there. You can own a car. Not many people have jobs there, and everyone has a house or a car it seems. It's fine. Apartments are not that much money. Just a little bit of normal money.

I moved from Riverside, California to Illinois after my Mormon girlfriend cheated on me with an Italian boy named Dino. I stayed with my Aunt and Uncle in a suburb of Illinois called Barrington for awhile, but then they kicked me out for not talking to the maid. I had no interest in moving to the city, so I got a little apartment above a printer in Schaumburg, Illinois. I loved it there. I was directly across the street from Lou Malnati's Pizza‎, which is a pretty fantastic thing to be across the street from. I lived there for awhile, and then I lived in an apartment in another suburb of Illinois called Batavia. I would live in these apartments in these suburbs for about $500 a month, and then drive in the car that I owned and could pay for gas for into the city (of Chicago) to hang out and find vaginas to touch.
Often times I'd be out and people would make fun of me for living in the suburbs and be like "why do you want to live in the suburbs?" I'd explain that I could have my own apartment there, and have the freedom of walking to the library or wherever without having to worry about running into someone I knew, or what my bangs looked like. They never understood. Eventually I did move to the city, and it was fine, but my car got towed all the time, I had to pay a medium sized amount of money to have a sticker that said I could park on my own street, and I had to have a roommate. I was never robbed, raped, or fondled in a bad way while living in Chicago. I could go back there now and have my own apartment, and a car, and probably even rent or buy a house. I could have an apartment in any part of Chicago for under $2,000. I could move to Chicago and pretend to be rich and people would rarely discover that I'm not, because I'd easily afford an apartment in the best area, or any area, and also a car, and also money to buy things every single day. I could have a dog. I could have five dogs. 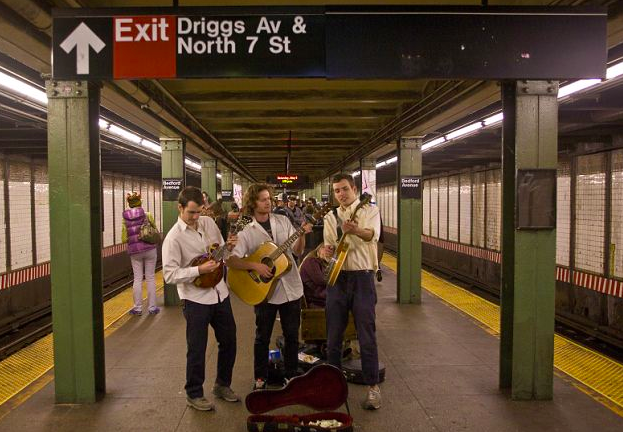 New York is a place that I never thought I'd live in. I had never really thought about it. I liked Chicago and thought that I would stay there forever, but then I met some girl and she wanted to move to New York, so then I moved to New York. While planning our move to New York, we did not know where to look, or what different parts of New York meant. At first we were thinking of moving to Astoria, Queens, but then we realized that Williamsburg is the place to be. We did not know what Williamsburg meant, but sitting in front of Craigslist in our Chicago apartment living room, things and words were telling us that Williamsburg was where we had to go, so we went there.
We (my girlfriend, and her best friend) drove in a Uhaul, with our three cats stacked on top of each other behind the front seats, from Chicago to New York in one day. I think it took us 17 hours. The trip alone cost 45 million dollars. We arrived in upstate New York, where we were gonna stay with my GF's mom until we found a place, slept, and then set out the next morning in her car to find an apartment. The Uhaul filled with all the stuff belonging to three people had to be taken to a Uhaul place the next day, which meant we had one day to find an apartment.
We drove into Brooklyn to check out a place in East Williamsburg and we thought it was Williamsburg because it had the word "Williamsburg" in it. We were all very hot and cranky, looked inside of a place that was basically as large as the inside of my mouth, and then gave a man 198 billion dollars to rent it. We had to give all the money we had, all the money our parents had, all of our bank statements and tax records since birth, and then our fathers had to talk to a man on the phone. Then we got the apartment. Once we were all moved in we realized that the living room area of our new apartment was not even big enough to fit a couch. We had one chair in the living room that we all fought over for six months, then we all hated each other and moved somewhere else.
I live in Crown Heights, Brooklyn now in a studio that's about the same size as the first ever apartment I had by myself in Illinois. It's $1,100 and my girlfriend pays half. It's fine. We feel lucky. We mostly don't want to live in New York anymore because we'd like to have grass to mow and multiple rooms, but I secretly love it here for some reason because I'm an idiot who thinks I'm floating around inside of some book somewhere. You have to be a millionaire to afford all of the things you could have anywhere else, in New York. 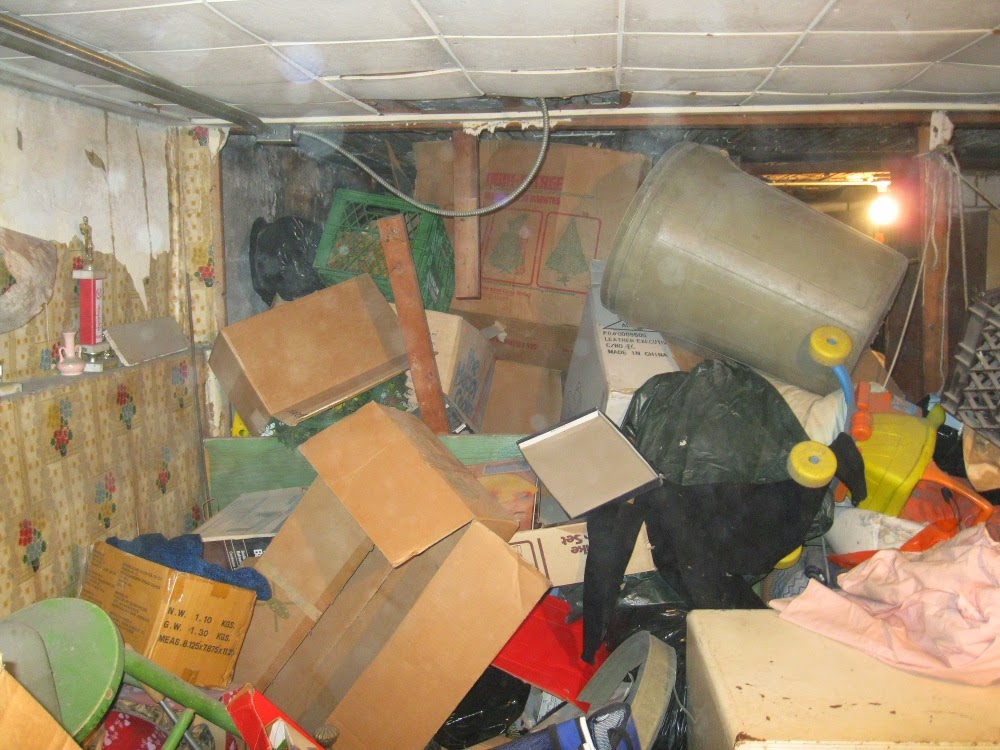 The other day I found a listing for an apartment in Williamsburg that someone had posted on Facebook. The listing was for a one bedroom apartment near the area where I shared one chair with two other girls in Brooklyn. Apparently East Williamsburg is just Williamsburg now. The pictures of the apartment listed were gorgeous. There were different rooms. A few windows. Counters. The price for the apartment was listed at $3,200. I saw that number and something inside of my head popped. Like a little pimple saw (one trillion dollars and all of your new shoes) being asked for this apartment and it went "oh nooooooooo" and popped. The pimple in my head pictured the people who will read this add and think "It has windows!!!!" and then give a man all of their money to live next to five 99cent stores above a row of dumpsters. Someone will read this add and think how cool it will be to live next to so many white people and hat stores. Next to a Dunkin Donuts. Next to where the Editor in Chief of Buzzfeed lives. Next to where they film Damages. They will read this and think "This is It! I've made it! My life is a postcard of a blog's homepage!"

Live in Brooklyn. Brooklyn is amazing. Just live in it better. Keep some of your money for yourself. Be the kind of Brooklyn that hates the type of person who would WANT to live in Williamsburg. No REAL New Yorker is dumb enough to only have one chair.