The Sex Life of Walt Whitman: We Went to a Poetry Festival

By Kelly McClure and Lindsey Baker 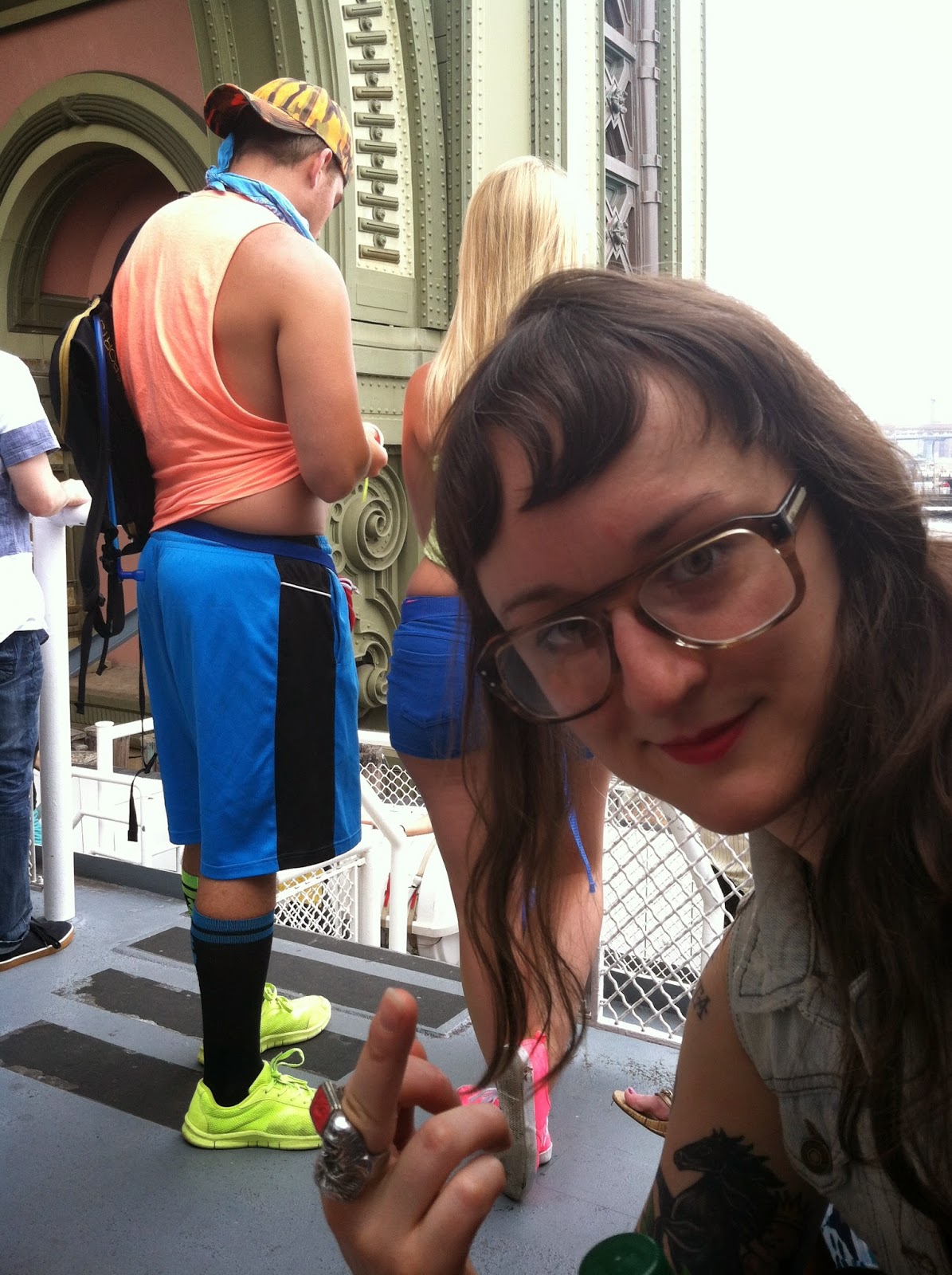 I (Lindsey Baker) want to preface this by addressing something many of us can be ashamed of, at least most female "creative types" who were once 12-20 years old. We have secret stashes of highly embarrassing, and hilariously trope-y poetry that we wrote during really terrible dissolutions of 3-6 week relationships with our soul mates, etc. Recently Kelly went back to her family's home to clean out the garage for her Dad and she unearthed a poetry zine she made as, we're guessing a 20-year-old. She brought it back to share with me and holy fuck it was so amazing I could just shit. I had a fantasy of scanning the pages so she could write a commentary on each "piece" like, "This one where I keep saying the word 'cig' I wrote in the bathroom of a DQ," or something. Anyway, she must have stared at it shamefully for too long because it disappeared from our home and goddamn I'm really pissed. I guess that's why I thought it would be funny if we went to a fucking poetry festival on fucking Governor's Island.

A good thing to do at this point would be to get out the notebook we brought to the festival, which people definitely thought we were using to write actual poetry in, and tell you about all of the various thoughts we had. I'll (Kelly McClure) go first:

A lady in salmon pants was picking her feet on the ferry. 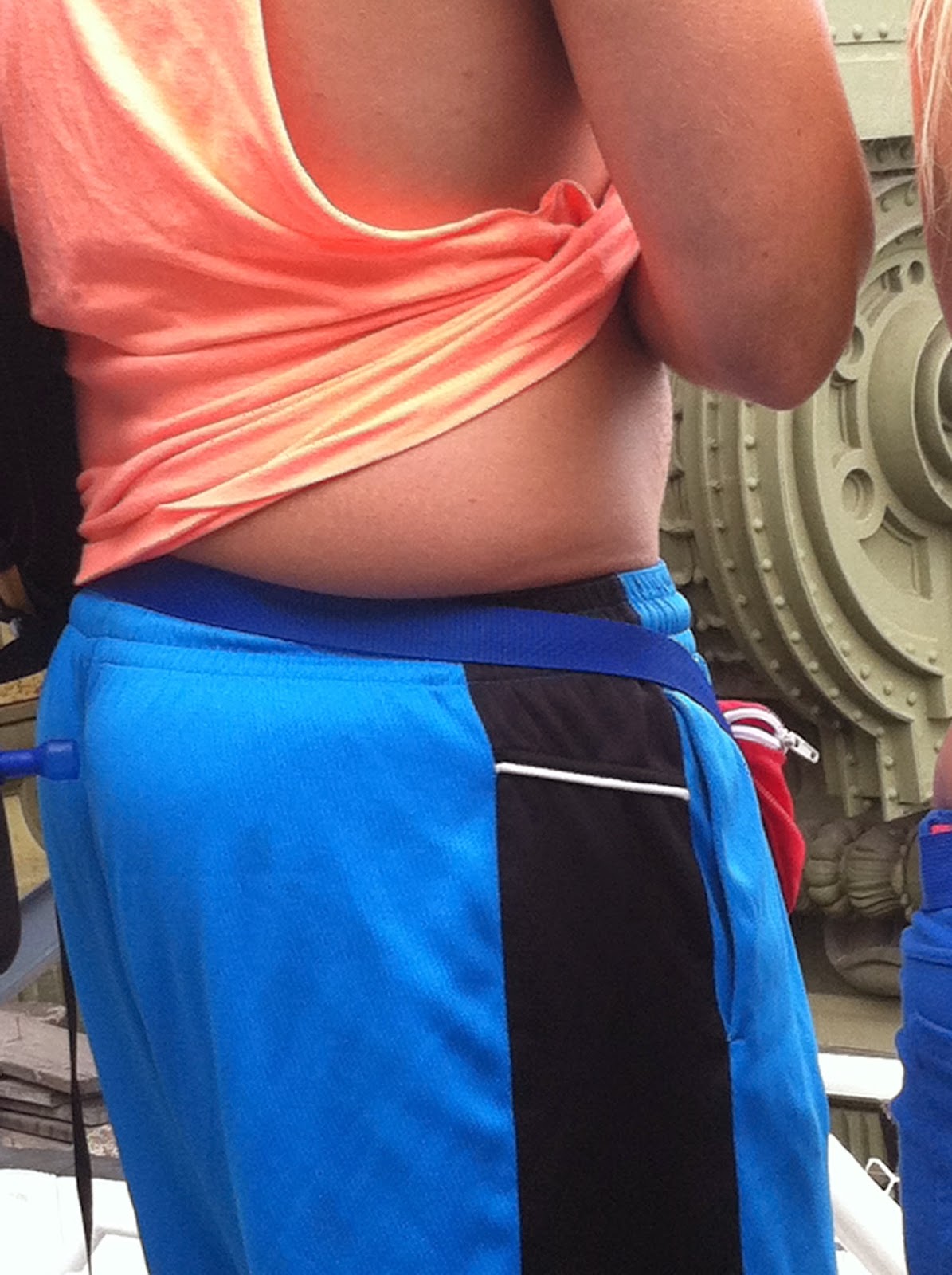 Lindsey wanted me to remind her to look up pictures of plastic bracelets that EDM music goers like to wear (because there was definitely also an EDM festival happening across the grass from the poetry festival we were at, and they all came over on the same ferry, and one of them put his muffin top by us.)

We had a brief argument about this sexy acting hula-hoop girl, and whether or not she worked there, or if she just "does that." We joked about interviewing her and how we'd start by asking "How long have you been hula hooping at poetry festivals?"

At one point a band finished playing a song and Lindsey said "I'm not clapping."

Bitch crept up from around a tree and took a picture of me.

A man named Phillip came over and asked if we were poets. He was groping at his tie and Lindsey said that he had a wedding band. Then we saw his weird wife and I thought that they must be there looking for a third and a fourth for their weird poetry sex.

Lindsey described some girl as being the Lana Del Rey of poems. 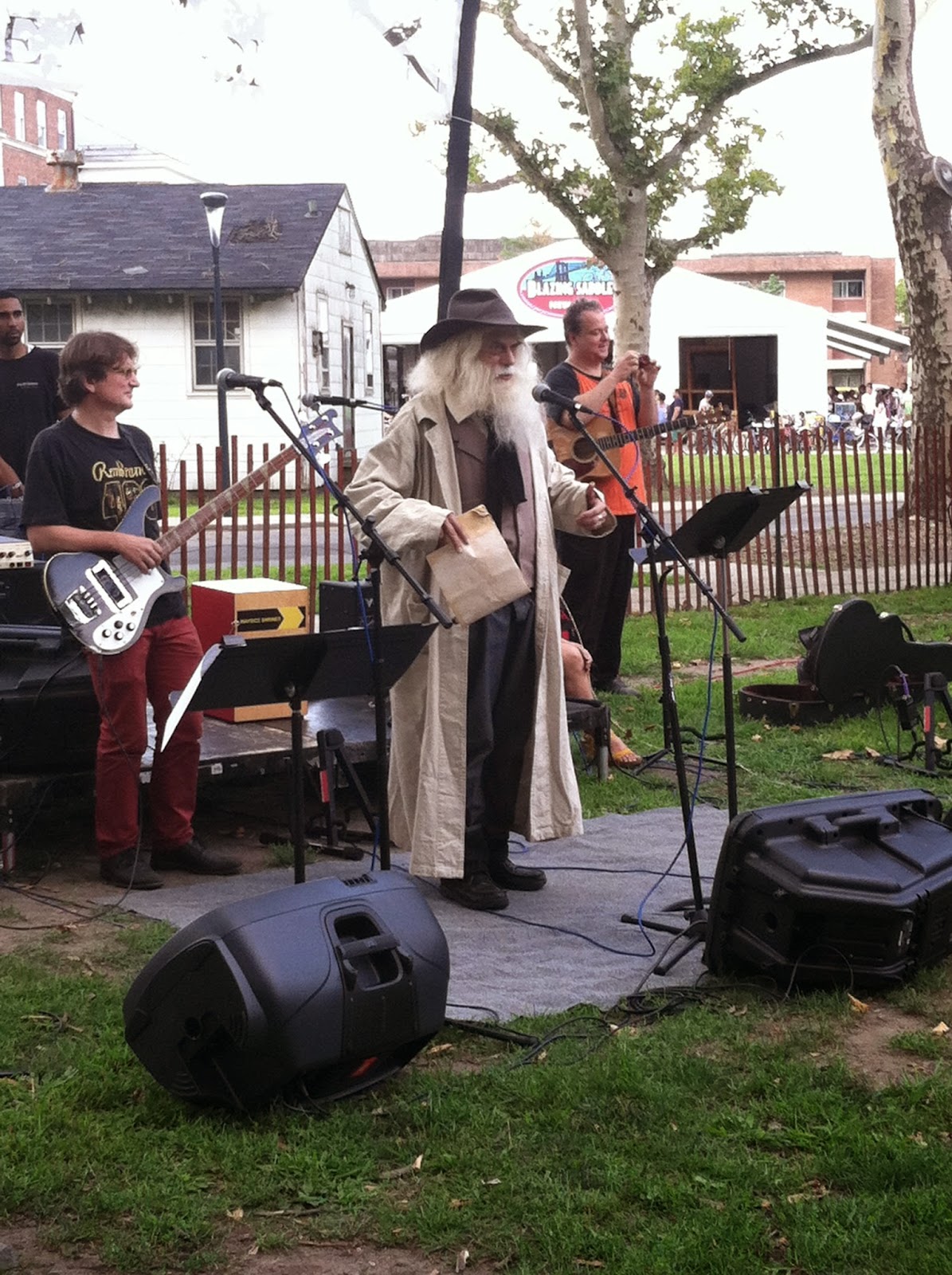 Kelly reminds me every few months that Walt Whitman and her boy, Oscar Wilde, had gay homosexual sex. She told me this time while a Walt Whitman impersonator recited some real-Whitman poetry. I thought these things:

What if there was a Sylvia Plath impersonator? I would just shit again. She'd have a petrified chunk of Ted Hughes' cheek jammed in her teeth for fucking eternity. What?

At our last  few cultural outings, Kelly thought that strange acting people (like the sexy hula hoop girl) were on acid, however I believe that they were sexual assault victims. Speaking of the hula hoop girl, my follow up question for her would be, "Why the fuck are you doing that like that?" 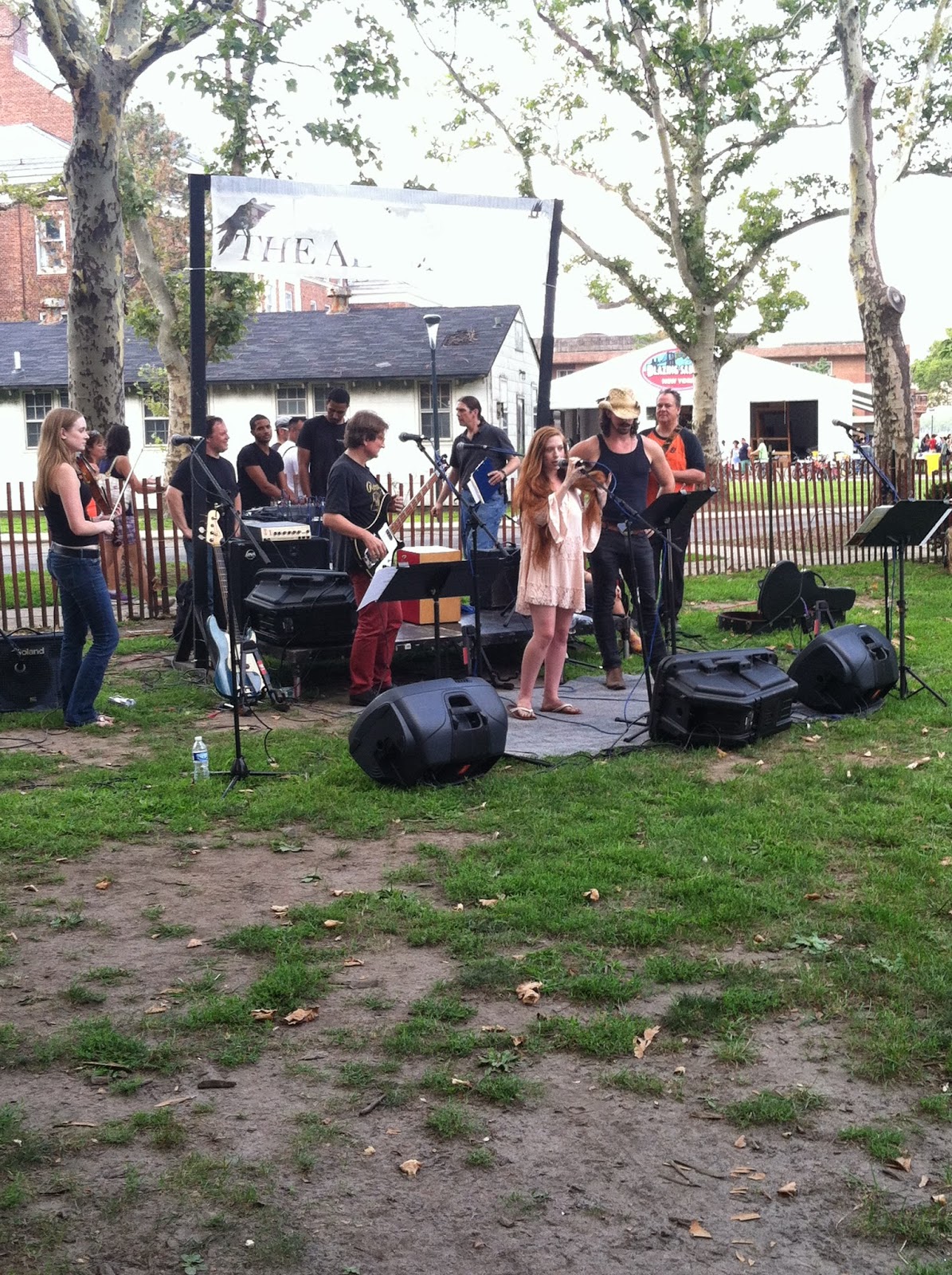 The band that I didn't want to clap for rhymed quandry with laundry and that's one of like 800 reasons why I would never clap for them. (** I saw the guy in the cowboy hat from this band at the beer table and he was saying a thing about how he just wants everyone to be happy ** - KM)

After the hula hoop girl accidentally smacked someone with her hula hoop she was photographed probably like 900 times by a 70-year-old photography creep. I guessed that she was somehow flattered because she got even more real with her hoop. OH! and a less creepy and way younger photography man was carrying a damn ladder around to get better shots of Walt Whitman and hula girl.

Governors Island feels like the apocalypse happened or some zombie shit. No one lives in any of the buildings, there's weird security guards, EMD bass is thumping in the background, and you have to crowd onto a ferry to fill a usually deserted island from 10-6pm. It's closed after 6pm. Does that mean it's haunted with aliens or something? The moral of the story is this wouldn't have been weird if it was in Prospect Park, in fact we definitely wouldn't have even gone. SIKE! We love cultural events.