There’s A Situation Brewing In The “P” Section 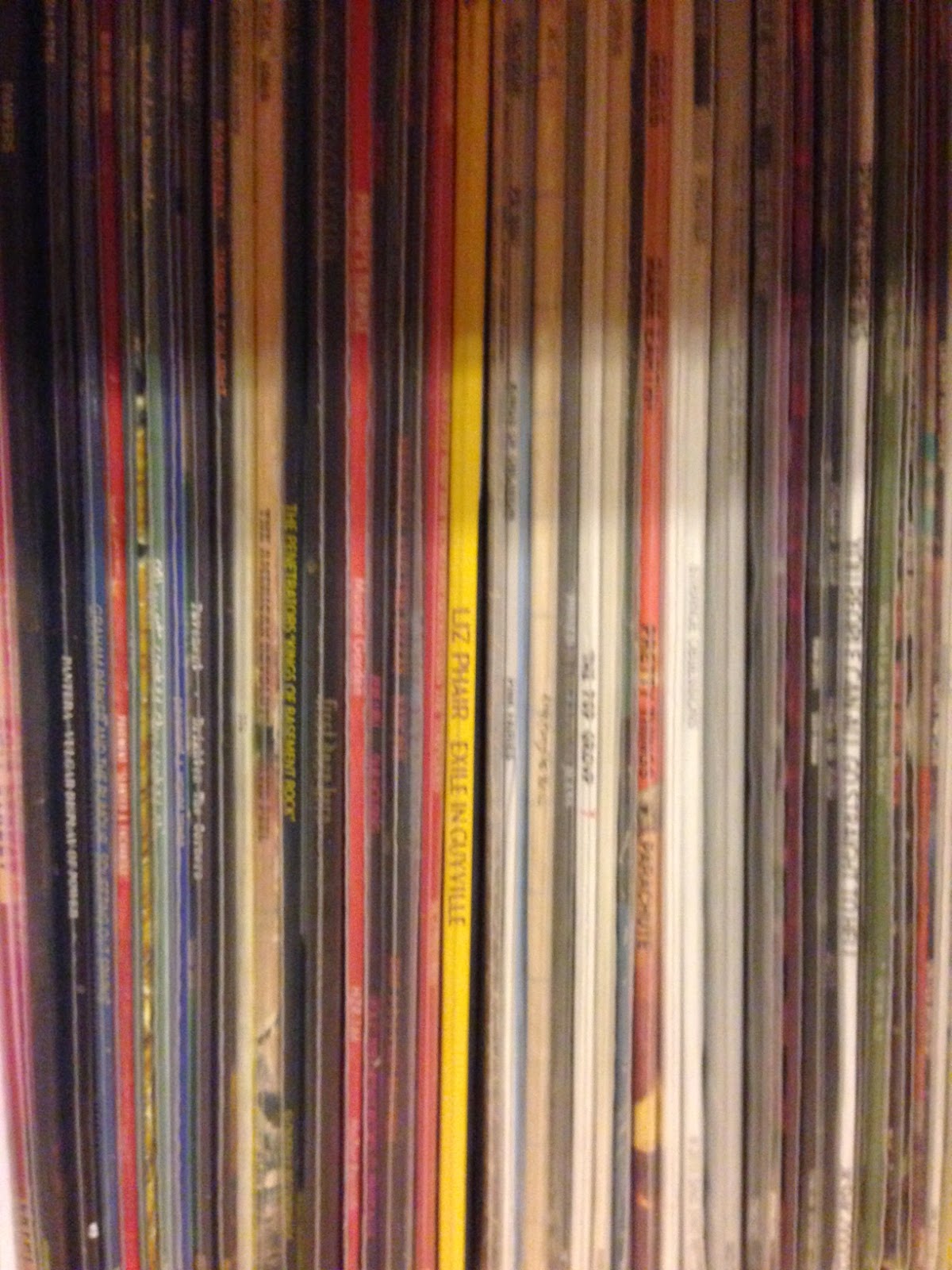 Editor's Note: It turns out The Pheromoans are actually from England, which is like a super shitty version of Australia that's still an island but it rains all the time. They do at least sound like they might be an Aussie band, which is a compliment.

When you have possessions, though, there’s always a temptation to personify them. That one green shirt at the bottom of your drawer is always like “mehhh, I’m greeeen, why don’t you do your damn laundry, you loser!” And you go “okay, green shirt, it’s your time to shine” and you put on the green shirt and you do our laundry and the green shirt’s like “mehhh, that’s more like it, finally a little respect around here,” and the green shirt says inappropriate things to strangers like “hey you, Sugar Tits, check me out, am I green or what?” And you throw away the green shirt as soon as your laundry’s done because you’re tired of making imaginary apologies for it. "Sorry my shirt is so green and sexist."

I have a fantasy, sometimes, when dealing with my record collection, that while the records are sitting on my shelf, all of the artists represented in my collection are sitting at tables in some giant banquet hall waiting for some kind of an awards ceremony to start. When I buy a new record and organize it alphabetically, it’s like a host showing that artist to their seat. “Oh, welcome, Paul Collins of The Paul Collins Beat, let’s see, oh, you’re gonna love this, you’re at table three right next to The Beatles and The Beau Brummels. The server will be around with your meal shortly. Enjoy!”

Often, as in the case of Paul Collins, the artists are psyched to be in the presence of luminous royalty. “Oh wow man, great to meet you guys! I probably wouldn’t even have had a career if it wasn’t for the 'Taxman' riff! And the production on Bradley’s Barn is fucking impeccable, you guys. Really superb. Let’s see. Beef or chicken.” They talk about industry stuff and technical stuff. They loosen up after a few drinks. They swap stories. They enjoy it, being together in my record collection. Or so I imagine.

The artists from my records get along, for the most part. They’re musicians. Professionals in the same industry. They have that in common. Musicians tend to find a way to get along, most of the time, even if they think the other person’s music totally sucks. Even in cases where there’s no mutual admiration, they at least know that they both have roughly the same job. They can talk about which regional promoters and venue owners are the biggest pieces of shit, which green room has the stalest hummus platter, which A&R rep is the douchiest. That kind of stuff. They can relate to each other.

But then there are some situations where the vibe is icy and confrontational and awkward. The Stooges and Cat Stevens were having a real hard time making small talk until I sprang for that Stiff Little Fingers reissue. Now Cat Stevens and Stiff Little Fingers are finding general agreement in a fairly intense political discussion. The Steely Dan guys are frowning quietly in their shades, but at least they’re keeping to themselves. Even they can’t help but crack a smile every once in a while whenever The Strangeloves do something quietly weird. Obscure Washington, DC powerpoppers The Strand cannot believe they’re even invited, and obscure Italian riff thieves Starfuckers are fawning over The Stooges in broken english. Everybody silently agrees that The Stranglers are full of shit. They are being really insistent about asking Stereolab what gear they use. The “ST” table might have started out a little weird, but it’s much better now. Lively, even.

Meanwhile, though, there is a situation brewing in the “P” section. 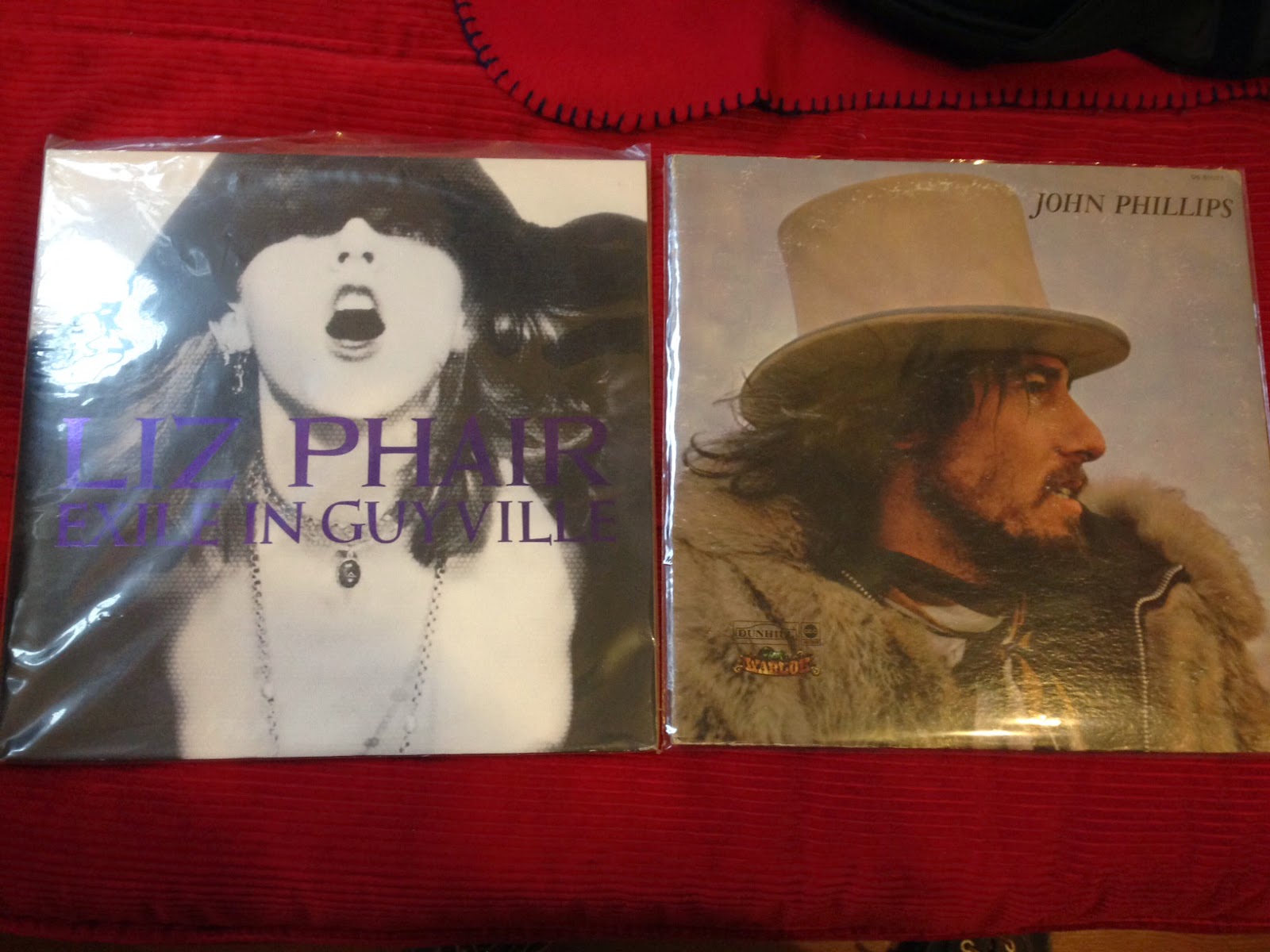 First of all, I sold my copy of The Pheromoans “It Still Rankles” LP which was maybe a weirdly impulsive move to pull on a fairly interesting band doing kind of a lo-fi version of The Fall, but I guess I needed money and listed it for sale in a fit of “fuck it, I’m never gonna listen to this, and I’m never going to think ‘I could really go for some Pheromoans right now’ after this is gone,” and then Discogs came a’ callin’. I think it was a decent call. The sheer volume of lo-fi rock bands that are only this good but never any better is growing pretty tiresome. I’m selling Pheromoans and keeping Taco Leg because at least those guys are funny. But, unintended consequence, kicking The Pheromoans out of my little banquet set me up for the single worst imaginary banquet seating arrangement disaster in my collection, which just started this weekend.

Last week at a flea market I picked up a used copy of the John Phillips Wolfking of L.A. album, which I have a cornball attachment to. Okay, well, I just sat the erstwhile Mama and Papa down at his seat, right next to guess who… Liz Phair. This has “powder keg” written all over it. You KNOW Liz Phair knows the whole sordid story on John Phillips. I can feel her shooting dagger eyes at me from her seat right now. She’s being quiet now but from the way she’s chugging down her wine I can just tell she’s going to make a scene. This could get ugly.

She calls the host over. “Hey, what happened to those Pheromoan guys. I mean, sure, they were rude and smelly, but at least none of them RAPED THEIR OWN DAUGHTER IN A DRUGGED-OUT STUPOR.” John Phillips is trying his best to ignore her. He is trying to pay attention to what’s happening on his left, which is only Mick Farren and the rest of the Pink Fairies obnoxiously throwing the “eat pussy” gesture and whatever else they can think of to try and piss off Roger Waters. Liz Phair had moved on from The Pheromoans and was developing a none too well hidden crush on them before Phillips showed up and permanently soured her mood.

Petty, to her right, says “Hey Liz, let it go, he’s not hurting anybody. Look at him. He’s been dead 13 years. Take a sip of water and cool out” in the one tone he has in his speaking voice, a soothingly even croak which in itself is a plea for sanity, or if sanity is too tall an order at least please try not to ruin this nice Chicken Saltimbocca meal for everybody. Phair sees his point while at the same time not being in the mood to hear it. “Don’t condescend to me, Tom, you fucking dinosaur!” she roars back. Petty flashes a “suit yourself” facial shrug and goes back to his meal in silence.

This is all within 15 minutes of seating John Phillips. This is a disaster in the making. Nobody’s having ANY fun at the PE-PH-PI table. Except Pissed Jeans. Those guys are the type of people who watch YouTube videos of people’s legs breaking and love it when situations are as awkward as possible. Nobody can tell if they’re high or just acting like assholes because it amuses them. Probably a little of both. This whole banquet is not their scene.

I can see what’s probably going to happen next. Personal and the Pizzas Guy is gonna try to make everybody laugh by saying, “Heyyyy, let’s all just eat some pepperoni pizza!” It’ll work for a second until David Peel says something about making fun of the way he actually talks. Then general uproar. Possible food fight. Somehow David Thomas from Pere Ubu will end up crouched under the table eating a whole ham with his bare hands. Just complete chaos. And to make matters worse, John Lydon is lurking only a table away with the rest of PiL, ready to pour gasoline on the fire. The whole banquet could explode at any moment thanks to the "P" section.

I don’t like to let this little weird fantasy of mine influence me in any way, but I might have to find another used copy of that Pheromoans LP I sold just to keep the peace. It might not be a great or necessary record, but it’ll slide right in there between Phair and Phillips, and nobody can handle a situation like this as well as a bunch of lo-fi rockers from Southern England can, since it so obviously calls for indiscriminate yet oddly charming overuse of the c-word. I could maybe try a Pharcyde LP, but then they’d be so lonely in the rock P's without their other rap buddies.

And that’s the situation under development in my “P” section right now. I’m kind of worried about it. I probably need to go outside and do any other thing. It’s what Petty would do.