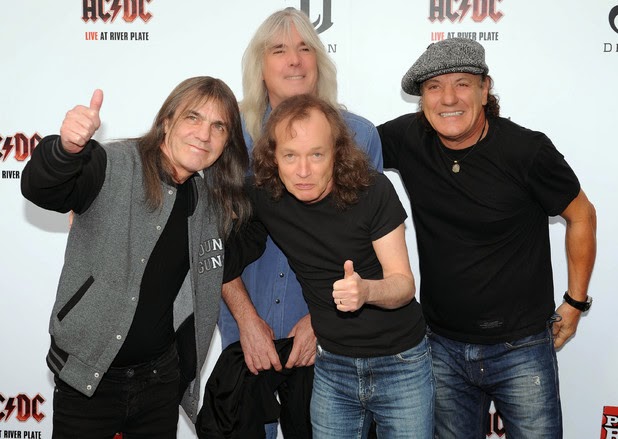 I subscribe to the Ultimate Classic Rock e-mail newsletter, mostly for LOL Dinosaur Band goofaroonies. There is no more oddly-placed exclamation point in the universe than the implied one or two or seven clinging for dear life behind the headline “Ace Frehley Announces 2014 Tour Dates.” I like Ultimate Classic Rock because it has LOLs with incidental news content, sure, but it also transparently represents a certain sad area of a certain sad type of press release-only mock-journalism.

This is largely the way we get information, from every source, these days, and I appreciate that Ultimate Classic Rock is obvious enough about it that I can immediately see the story behind the story. I can smell Ace Frehley’s current money problems wafting from my computer screen. It is a bonus that he is Ace Frehley, and I get to imagine specifically Ace Frehley, wearing a track suit, in a kitchen somewhere wincing in reaction to a college tuition bill, then calling up whatever handlers are still dealing with KISS business. To me this could not more clearly be a subtext of the headline “Ace Frehley Announces 2014 Tour Dates,” and if I’m mistaken about all of this, at least I’m having fun.

Not that I have anything against Ace Frehley. I don’t want him to suffer any more that I want any other human being to. It doesn’t matter that he is Ace Frehley. He could just as easily be Steve Perry or Eddie Van Halen. It would be almost just as good. Instead it’s Ace Frehley, which is perfect. It’s the perfect joke, in that Best Show sense, where the gag is always mercilessly exacting specificity.

Today I got an Ultimate Classic Rock email with the subject heading “AC/DC Announce New Album - But Bad News, Too.” And unlike the usual chuckle I have with just the heading alone, “ha ha nice assumption I will consider a new AC/DC album to be good news or even just news,” I clicked on this one, because, okay you got me, I’m curious, and also maybe it’ll be funnier if I figure out what bad news.

Turns out original guitarist Malcolm Young is suffering from some unannounced malady serious enough to keep him out of the band for the rest of his life. He did not even play in the studio during the sessions for this upcoming album, appropriately titled Rock Or Bust. He will not be with the band for the tour they have planned in support of this album. He’s hurting, apparently. I mean, I don’t know. They buried the lede pretty hard on this one. Guy could be dying for all we know.

What we do know is that there is a new AC/DC album coming out soon. We know that this Rock Or Bust album offers the only new studio material that rabid AC/DC fans have heard in six long years, and that there will be 11 tracks on it. We know the release date. And we know that the lead single from that album, titled “Play Ball” will synergistically appear ad nauseam on TBS broadcasts of the Major League Baseball playoffs. We know all of these things before we know anything about Malcolm Young’s illness.

Then, after hearing nothing about Malcolm Young’s actual condition, we also learn that the band is planning a 2015 world tour in support of this album, and that Malcolm (and Angus’s) nephew Stevie will be playing guitar on this tour, and actually has already played with the band on the record as well. Other news outlets might have more on the story, but I appreciate Ultimate Classic Rock for giving me the more unvarnished press rerelease version, because this is a masterpiece of press release ookiness. I love it. 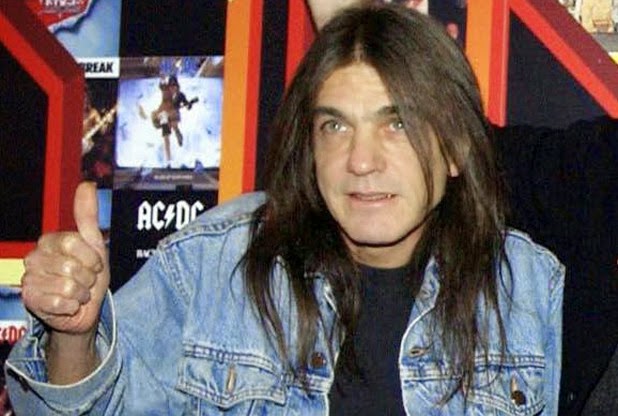 The band has a meeting with their publicist, Malcolm decides, for example “just don’t tell them I have lymphoma,” and the publicist is like “you know what, we can use this, do you mind if I take this and run with it?” and the band is like “sure mate, whatever,” because they don’t give a shit because they’re old as balls Australian guys. And now here I am, reading about Malcolm Young’s illness by sifting through a barely filtered press release about the latest live and recorded content rollout from AC/DC™ Incorporated, LLC.

What a great band. AC/DC shows, through sheer uncaring gall, that while they as an artistic entity have been creatively bereft of anything less formulaic than big riffs and scratchy falsetto double entendres for at least 30 years now, there is a certain artistry to the operation of a career rock band as rapacious corporation which they have excelled at. While their actual rock and roll is as stale as old beer, in terms of the world of corporate messaging which they for whatever reason feel a need to inhabit as an ongoing business concern, using the career-ending illness of one of their founding members as a promotional tool is pretty fucking rock and roll.

Maybe around the December 2 release date of Rock Or Bust we’ll find out what Malcolm Young is actually suffering from. Then when the tour starts we can find out he’s actually dead. Or maybe he’s James Browning us, and he’ll make an appearance on the tour, and even skeptics like me will buy a ticket on the “but they might die soon” logic, which they will milk for at least another ten years. I wouldn’t put any of that beneath these guys. In terms of raking in the dough for being AC/DC any damn way they can get their hands on without actually, you know, giving a fuck about writing additional good/necessary songs, these guys are basically GG Allin.

I hope all press releases and, hence, “journalism” in the future can be like this. I want to read in the sanctified New York Times (provided by Boost Mobile) about how drinking an ice cold Coca-Cola is a great way to distract myself from the plummeting Dow Jones Industrial Average, or how the latest figures on the most gigantic worldwide income disparity in human history are sponsored by the Burger King® Chicken Whopper. I'm ready for that. I've been ready for that for a while without knowing it.

AC/DC has it right. This is the way things actually are. They’re getting worse, too. Let’s just embrace it. Let’s write a song called “Play Ball” because some business manager engaged in talks with Ted Turner about a song for the American Baseball (whatever that is) playoffs, and the proceeds from that will be enough to finance the entire recording session for a new album plus the initial overhead for a tour, so it’s basically like free money stacked on top of more money, and all we have to do is write a song called “Play Ball” with lyrics about, I don’t know, playing ball or whatever, we’ll figure that out last. Let’s do this. Let’s both “Play Ball” and actually play fucking ball, and if our guitarist has a serious illness we can benefit from, we use it. No more mister give a shit about anything but money guy.

Get well soon, or else maybe never, Malcolm Young. Either way, apparently, is good.