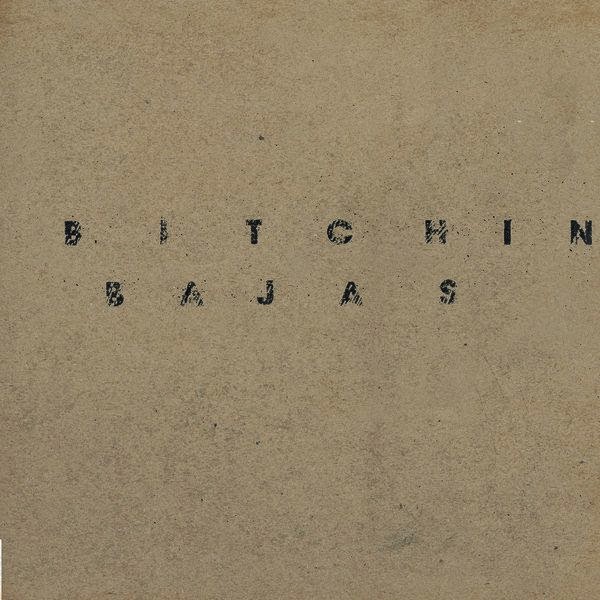 Boo hoo hoo I’m older than I used to be. Boo hoo hoo I’m different now. Boo hoo hoo I live in a more comfortable place now, and my life is slower and less varied than it used to be. Woe is me, I see friends less often, and do not drink alcohol until I stumble around wearing a hat I found in the street, doing stupid shit like declaring myself the "Mayor of Life" loudly into the night of a postindustrial ghost neighborhood in order to leave an indelible impression of indestructible youth on exactly nobody. Boo hoo hoo. I’m different now and not better or worse but different. Passage of time. Boo hoo hoo.

That context out of the way, I’ve been getting into more droney, ambient, “experimental,” “avant garde,” a.k.a. boring music recently. It fits me. I can put on some Terry Riley in the house at a reasonable volume and not only will I be perfectly happy, my girlfriend won’t have to do that thing where she mills about tensely hoping I’ll turn off the music without her having to ask me. I can put a Craig Leon track on my iPod and walk the dog in the park and be surrounded by trees and feel like a time traveller on spaceship earth, or whatever other weird thing Sun Ra was always talking about, except this time around it actually makes some kind of sense in my own brain.

I’m not sure I’d go so far as to say I’m done with rock n’ roll. I’m just not as interested in it right now. It fits me less, for boo hoo hoo reasons above stated, but also maybe (I say “maybe” because I haven’t been exactly the most active participant for boo hoo hoo reasons etc.) I have the impression rock n’ roll as a whole is less good now than it was, say, five or seven years ago.

That is a strange thought, but there might be some truth to it. Listening to older rock material you get some sense of historical narrative on a minute scale, like how different ’64 was from ’65, and how the hard-charging primitivist garage rock promise of "Wild Thing" and "96 Tears" in ’66 was forever destroyed by the syrupy Sgt. Pepper Summer of Love mutations of ’67. “Rock music” was still a small enough thing back then to support such generalizations. You don’t have to agree with the “1967 ruined 1966” point of view (I only do to a limited extent) but what sticks out to me is the truthfulness in temporal specificity of a claim such as that one. Whether one ruined the other or not, 1967 was different than 1966. Musically. Go back that far, where the stories are thicker, and time, experienced by the evolution of music, seems like a clear progression of thesis statements. The striations are visible on almost a weekly level, commensurate with such rudimentary measurement tools as billboard charts and "publication of an influential magazine article."

Now we don't have those kinds of monocultural snapshots of cultural moments anymore, so we're stuck with "five or seven years ago, maybe" declarations, and microbial-sized Twitter trends, and weird lugubrious phases that come and go with as much subtlety as Uggs first didn't exist, then existed, then exploded, then were decried, then stayed, then just kind of became a thing you are going to see on women's feet sometimes for the rest of your life. Cultural moments are no longer as grand or as sweeping or as easily understood as "Rubber Soul begat Revolver begat Magical Mystery Tour begat Pepper, and so it was, upon the terrible success of the fourth proper mid-period full length by the Four Liverpudlians, did Brian Wilson weep, and forever lose his marbles." Time probably never worked that way, but it definitely doesn't work that way anymore.

And I'm not just talking about music's evolutionary time scale as referenced offhandedly to landmarks as glaringly obvious as Beatles albums. Let’s say we’re talking about the development of reggae, and how ska rhythms supposedly had to be slowed down to a rocksteady pace allow sound system dancers to avoid heat stroke during an especially hot Jamaican summer of 1967, which also coincided with the rise of Rude Boy culture, which may or may not have had anything to do with the surprising early death of Jamaican Prime Minister Donald Sangster. Or: New York in 1977, barely recovered from the brink of bankruptcy, suffering through a two day blackout and frightened of the Son of Sam and witnessing the Reggie Jackson/Thurman Munson Yankees winning the World Series despite seemingly hating each others' guts, all this somehow aligning, by strange magic, with the worldwide emergence of the CBGB scene, and maybe even more directly with the development of Hip Hop. There's also the garbage strike and Silver Jubilee in London coinciding with the Sex Pistols if you want to listen to whatever John Lydon is currently saying to a documentary crew somewhere.

The history of music is littered with these little hiccups in time. For the life of me, I can’t think of the most recent one. New York with 9/11, the Yankees again, Jay-Z and The Strokes, and the appearance of Williamsburg, Brooklyn, hipsterism, and the Vice Magazine-esque codification of youth culture in the national consciousness? When exactly did that happen, though? 2008-2010ish San Francisco, with Thee Oh Sees, Melted-era Ty Segall and Tim Lincecum saying the “F” word followed by all artists being priced out of America's Most Expensive City? That is a loose smear of timeliness and placeliness. Australia from 2008ish to I Guess Now Still maybe, and whatever’s happening/happened down there that made a lot of rock bands from there be good? Maybe, but that's a whole continent and I don't know what's happening on it. This is as close we're getting to a "here's what's happening now" thing.

But these are not defined by year. They can't be. Years don't even exist anymore as a unit of measurement. The internet, and its distraction-laden degradation of both localized and temporally specific culture, has eroded the seeming momentousness of time/place intersections. Musically and otherwise. Whereas before a person, so inclined, could sort of delineate the differences between ’64, ’65, ’66, and ’67, now you’d be hard pressed to come up with any kind of oversimplified, generalized landscape of music between 2009 and 2012 and 2014 and 2007. Or at least I would be.

When earlier this year Matthew McConaughey, speaking as spaced-out alcoholic existentialist Rust Cohle in True Detective, declared that “time is a flat circle,” it had a strange resonance. That phrase means complete, total nothing, but it is also exactly the kind of metaphysical hogwash nothing-meaning phrase this character would fixate on, and so it exuded a sneaky truthfulness. Time is as much a flat circle as it is anything else. We don’t get to conceptualize time correctly. It’s beyond the limits of our human brains, which were designed to go “oh shit” and then slow time down whenever a sabretoothed tiger showed up on the periphery of the dinner table, and similarly to be incapable of listening when every scientist in the whole world says “listen guys, we’re all gonna be totally fucked in 30 to 50 years if we don’t do some major things differently.”

The Cohle character in True Detective had another funny quirk in his relationship to time: he actually remembered it. As in, when interviewed, he said things like “this was in 2008, blah blah blah,” or “no, that was later, in 2010, after muh muh muh.” This was an expository storytelling necessity within a multiple-timeline narrative that got folded into an ultra-perceptive character trait, sure, but it stuck out like a weirdly overlarge thumb. I couldn’t tell you the difference, experientially, between 2008 and 2010. Not unless you gave me an internet connection, a notepad, and like an hour to do some independent research. The terms “2008” and “2010” just don’t mean that much to me as differing concepts. But Rust Cohle, of all the hallucinating fictional entities, was capable of processing information in that way? After the millennium, when all these years have crazy coo coo made up future names, like "2010" for example? No way.

TIme just isn't working like that, the lockstep way it used to, for me or, I'm guessing, a large portion of the rest of us pre-millennials. 2000 was as far as we were ever gonna get in terms of years being different than each other in a 1996, 1997, 1998 way, and now we're all playing with house money. "It's the year 2014" means nothing to me. Can you believe it's the year 2014 and some gay people still can't get married, and cars don't fly, and we haven't all grown gills like Kevin Costner in Waterworld? No, I can't. I can't believe any of it. I'll be utterly incredulous from now until the day I die. Time means nothing to me anymore.

And so here I am listening to more droney, ambient, “experimental,” “avant garde,” a.k.a. boring music recently. Your Tangerine Dreams, your Tony Conrads, your Steve Reichs and Glenn Brancas and aforementioned Terry Rileys and Craig Leons. The kind of music which Julian Cope has described in his Krautrock and Japrock Samplers as “destroying time.” I’ve been listening to, and God Help Me actually enjoying, free jazz recently. I don’t know what to make of this. A While Ago Rock n' Roll Phase Me would make fun of Right Now Electronic Droning Ambient Me so hard. “Go rock out in the International Museum of Architectural Pipes and Plumbing,” he would say. “Crank it up, forget to press play, and tell me the empty buzzing of your speakers is the album of the year.”

I don’t really have a comeback for that. “You’ll understand when you’re older” is a copout, and “time is a flat circle” doesn’t convey any actual meaning. “You need to quit drinking as soon as possible, you obnoxious little shit, you’re making everybody miserable including yourself” might do the trick as a scare tactic. The most accurate would be “you’re eventually gonna get too exhausted, in a life sense, to keep 4/4 time.”

Then Now Me would give Then Me this self-titled Bitchin Bajas album that came out on Drag City in August and say “you’re gonna be more into this type stuff later, because it will fit your life, and you will be better off for that than you are now getting blackout drunk alone and cranking that raucous basement-party rock shit you’re currently clinging to with such nostalgic zeal as if you’re still at some kind of a party with other people.” To which 2009 Me would probably say “fuck off, you don’t know me,” which will, on a technical, sensory-input level, be correct.

Boo hoo hoo, in other words, boo hoo hoo this Bitchin Bajas album is really good. Like squarely placed within the hallowed pantheon of This Type Thing. Like Cooper Crain, a.k.a. Bitchin Bajas, qualifies as a new Monster of Ambient, and deserves to be in the same sentence as all the other artists for whom time is a flat circle and the unintentionally ideal audience is 34 year old sober dudes walking their dogs wistfully while chronically overthinking rock music. Boo hoo hoo.