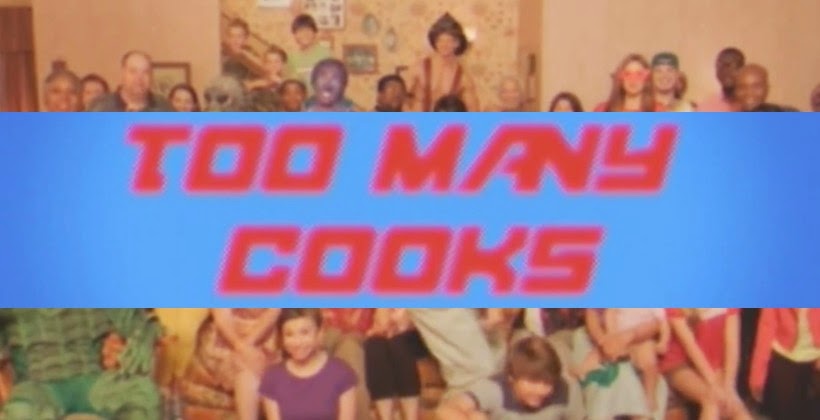 Oh man, that’s hilarious and weird and great. If you haven't seen this you have to see it. What a refreshing and original concept, what a delightfully deconstructive descent into the violent madness of postmodern decay which we take for granted as the cultural status quo. What a far, far better way to spend one’s time than anything else. What a funny, funny, necessary thing this is. Boy, I cannot get enough of it. I have watched it more than once already and plan to again quite soon. I need things from media, I am a consumer of media, I believe in needing and consuming media. But not just any media. Only stuff like this. This is like the only thing that's doing it for me. I'm that discerning. I'm like off on my own freaky desert island, I'm so discerning.

When I tell you that I like this, I am telling you that I actually like it. I watched it, and while I watched it, I enjoyed every second of it. I did not find it nihilistic or pointless. I did not feel as though its regurgitation of television tropes from the 70’s, 80’s, and 90’s was a form of pandering. I did not feel as though the violence portrayed was sexualized or misogynist in a way that was a parody of a parody of a parody, somehow managing to wheel all the way back to real again in a more disturbingly self-aware version of sexualized violence and misogyny, where those qualities are engaged as an active choice for no discernible reason by the creators of this thing, who seem to want me to think that they know what they are doing with choices like that, and whose motives I do not question because they are brilliant and they made this.

I found the complete disruption of standard comedic and narrative timing mesmerizing and not at all less interesting than watching a fly trapped between two windows slowly bash its own brains out in an attempt to escape.

When I view comedy, I do not prefer to have my expectations toyed with in interesting ways so much as completely shattered and broken while also I am looking at cool stuff. I am hip to this kind of thing. I thought the most recent season of Louie was the best one yet because it was not overtly funny or entertaining. I get that. I think that’s great. Louie CK is a genius. Everything he does is great, not just some of the things he does. Every single thing he does. Is great. Especially recently.

I like it when comedy is edgy. I need something with an edge to it. I have been there and done that, and if you’re going to get my attention, you need to do something edgy like how this is edgy. I like how it just keeps building, piling every possible thing onto a premise that doesn’t technically refer to anything other than a sort of dim nostalgia for the dead-on-arrival formatting of long forgotten syndicated programming. That’s the kind of thing that will get and hold my attention and make me laugh and make me think, because I am sophisticated and I have devoured so much comedy and various pop culture media, my nerve endings no longer actually connect to fire up signals in my brain unless I’m witnessing something patently upsetting and unnecessary. I think that is a sign that I am cool. The emperor’s new clothes look great in this video.

I’m sorry, but I just can’t bring myself to laugh at anything that happens in an episode of Everybody Loves Raymond. Peter Boyle and Doris Roberts are not funny. I refuse to find it in any way funny that the Brad Garrett character has to touch his chin with food before he eats it. I mean, I don’t even know those details except I saw them by accident on a Tumblr like four years ago when I was a zygote.

Have you seen “stuff to give up on?” It’s making a case for my top ten Tumblrs. Just kidding, I’m only on Snapchat. And Tinder. Saying the phrase “top ten tumblrs” is funny. I’m on Facebook ironically.

My best friend from high school went to college with Jim Whetman, and if you don’t know who that is, I honestly don’t think we can continue this conversation. Just Google it. Wait, no, don’t Google it. Bing it. I’ll wait. Of course I’m not going to actually wait for you to Bing Jim Whetman. You know that, right?

My favorite YouTube is a ten hour loop of Bill Cosby saying “pudding” over and over again. I watch it all the way through at least once a week, usually on Wednesday nights. It gets SO GOOD around hour seven. It’s worth it. Especially on Molly. LOL, there is no such thing as Molly. LOL “LOL.” I’m LOLing LOL so hard right now, I’m like LollapaLOLza. I like that joke structure because the joke is that I made a joke worse than the bad joke you might have been expecting. I'm kidding, everybody knows the only funny joke is murder.

I have a tattoo of the crying laughing emoticon. I’m thinking of adding the gun and the air cloud to make it a crying laughing suicide, but I’m worried everybody will have that in like a year.

I would get a tattoo of a bird holding a banner that says “Iron And Wine” if that wasn’t actually funny. Maybe when I’m like 50. Roll up to the tattoo place in a rascal scooter and a nose hose and get an Iron And Wine bird tat when I’m 50. Oh shit that’s good. I’m putting that in my Google Inbox calendar. "Get Iron and Wine tattoo on respirator, die, set appointment for 50 years from now." Golden.

I’m cool. I use the word “cool” to describe things such as myself. Get it? Cool. This is a cool video. I am in the middle of dying, and that is the only information capable of comforting me. Doritos Locos Locomotion. Kaleidoscope full of Skeletor faces. Cackling Marge Simpson Disaster \\\\\