The above image is taken from Ferris Bueller’s Day Off, which is a white movie about white people. In this scene, hypochondriac worrier Cameron sits in his car, bathing in self pity, locked in a heated argument with himself about whether or not to meet up with his best friend Ferris. “He’ll keep calling me,” he says, “he’ll keep calling me until I come over.” I can identify with this. I am a white guy, first of all, and an introvert and a grump and a self-pityer, and I often find myself drawn out into the sunshine against my will and wishes to do things which actually might be good for me for all I know.

That’s how I feel about the urge to talk about a piece by Sarah Sahim called The Unbearable Whiteness of Indie which appeared yesterday in Pitchfork (of all places) and has now made its way into my social media radar. I am a white guy who would rather be in bed. But the urge will keep calling me.

I hope you’re not expecting me to get all huffy and puffy and Men’s Rights and Reverse Racism about this. I also hope you know me well enough to know that I would never ever want to defend “indie” music against any of the litany of very well justified criticisms it so richly deserves. I am a proud and loyal adherent to most of these, starting with the snidest kneejerk rockist aesthetic about how much “indie” music sucks and has been overrun by asskissing clowns in ridiculous clown costumes, including the more political and informed version of this criticism of “indie” music’s complete and obvious absorption by capitalistic profit-motive which still somehow eludes music fans to the extent that “indie” remains a word that is expected to mean anything, on through to more egregious nitpicking about how there’s no place to sit at these damn things. If somebody wants to say something about how “indie” music is also inherently racist in much the same way that all things are, I am going to agree with that wholeheartedly.

The closest I can get to being a whiny self-pitying white boy about the piece is to say maybe we can cut Belle and Sebastian a break. They’re Scottish. They don’t really have a lot of culturally available options other than to be just about as white as the surface of the sun for the rest of their lives.

Other than that, my only real axe to grind with the piece is that it does not, and maybe can not (?) due to the context of it, go far enough. Of course “indie” music, and the culture surrounding the production and reception of “indie” music is racist. Sahim adroitly points out that “indie” music (yes I am going to use those quote the whole time—deal with it) contains a particularly damaging brand of “who me?” racism which masquerades as open-mindedness. “I can’t be racist, I’m really into world music, and I love Kanye West.” And then no further investigation is necessary. Sahim rightly condemns this. But she stops short of the conclusion that indie music is also racist because capitalism is racist, because every dollar is a racist dollar, and because “indie” music, like all forms of popular culture, is formed within and in response to the economic landscape. In the case of “indie” music, we’re talking way more "within" than "in response to" these days.

This is all implied in the piece, all a part of every discussion about race, but often gets lost as an explicit part of the conversation because serving the monetary interests of media outlets is a part of how information is disseminated. You can call Pitchfork racist in a piece which appears in Pitchfork, but within limitations and inevitably beholden to their ad revenue. You're not going to be able to call them rapacious moneygrabbers who are hugely responsible for the irreversible commodification of youth culture, or talk about how racist structures and hierarchies in culture are an inevitable result of that commodification process. You can only address the culture. Only that much and no more.

“Indie” music is racist because racist dollars have combined with technology (the development of which, let’s not forget, is also fueled by racist dollars) to make an economic landscape of musical production wherein fledgling artists get their big break more from getting a song on a Volkswagen commercial than from having actual human people call up a radio station and request a song (not that that ever actually happened). I realize this is a gross oversimplification which ignores the nuances of racial subtext as well as implies that the systems which govern production of "non-white" and "non-indie" music are somehow separate from "white" and "indie" (they are and they aren't), and also overlooks the extent to which the actually fiscally independent portions of the “indie” music “scene” may or may not be a training ground for white-targeted commercialism, but I have delved into that in the past.

Let’s just say, as a shorthand for all of the myriad changes that have happened to the economic production of popular music, that the “indie” music scene as a subset of music now more accurately represents “all those musical artists whose seeming aesthetic purpose is to produce the kind of music which would work well in a Volkswagen commercial” than “all those musical artists who are not unified by any particular aesthetic purpose but whose mode of economic production is out of necessity self-guided.” I guess I can stop putting quotations around “indie” now. We all know what indie actually means. It means the bands that Pitchfork likes. You War On Drugses. Your Vampire Weekends. And all of the unending echo chamber of other indie bands trying to sound exactly like them.

My god, do I ever hate the word indie. It is every bit as disingenuous an economic signifier of cultural production as the pervasive “I’m not a racist” racism which Sahim puts on blast. No, you are not independent of anything. Yes, everything is racist. Yes, you are therefore, by not being independent of everything, a racist. Say it. “I am not independent of anything. I am therefore a racist.” When viewed in this context, the word indie, by virtue of its constant misuse, means in addition to the aesthetic values of noticeable pleasantness and sonic experimentation of the still commercially viable sort, also that particular brand of “post-racism” racism in which racial contexts remain unexamined in whole or in part because, like, we’re over it, man. Which is why it drives me nuts to have the word indie appear in the title of a piece about the latent racism of the indie scene without it really saying anything about how the indie scene itself is a construct of structurally racist economic forces. Indie music is by and for white people not just because its white participants are inherently racist and exclusionary (although they totally are), but also, further, because the whole incubation of indie music and indie music culture is rooted in excesses which are afforded by privilege. Indie music is not independent. It is very much dependent.

Actually, “die music” sounds good. Pronounced “DEE” for dependent. You going to Pitchfork this year? I’m really into die music. It works on so many levels. “Die” as in to kill. “De-music” as in “to make less like music.” “Dependent” as in subsumed by capitalist interests on a skeletal level, an “us” without an actual “them” anymore, only varying degrees of “less us” as defined by the Leo Burnett music department head and corporate buyers at Urban Outfitters and other powers that be. You know, die music. Die rock. Die music.

What are we going to do about it? I have no fucking clue. None. I guess just talk about it? Shame each other into perpetual mediocrity using some arbitrary set of reactionary aesthetic guidelines which can also be easily replicated by any idiot with a guitar? Strike some ridiculous pose that can then immediately be exploited? Stop listening to pleasant music that sounds good? None of that will work. We’re stuck. We didn’t beat them. We joined them. And now we have to bear our share of the blame for things like racism. And we have to do it better and more thoroughly than can be discussed on Pitchfork, because Pitchfork is a business. It’s a gigantic fucking colossus of DIE MUSIC. I advocate having nothing to do with it, though I can't tell you what to replace it with. So far my only plan is to be a grump and to stay in bed and to purchase a bunch of jazz reissues. The Black Saint And The Sinner Lady on vinyl is every bit as good of an experience as advertised. I know this is not an actual plan, but it's been working okay for me. Petulant mansplainer that I am.

I did not want to do this. I just get agitated whenever I see a conversation about race that appears to not also be about money. Reminder: racism is an economic phenomenon. It's not just some effete Scottish guy with a retro haircut crooning about horse dreams. That's about what my urge to say something boils down to, although totally right on for saying that effete Scottish guys with a retro haircut crooning about horse dreams are painfully, painfully white. They're, like, Fairport Convention white. Like Peter, Paul And Mary white. Absolutely. Just read the Sahim piece. It's good. She's good and she's had to put up with way more than I ever have. What the fuck.

I'm sorry this had to happen, you guys. He just kept calling me. And now I've decided I'm gonna take a stand. Who do you love? You love a car. You love a Volkswagen commercial. Aw Jesus. This is bad. I could have just said "right on." She said all of this pretty much already. Jesus. What a mess. Next time I am for sure staying in bed. I need to stop being friends with Ferris. He is not my friend. He is an asshole. 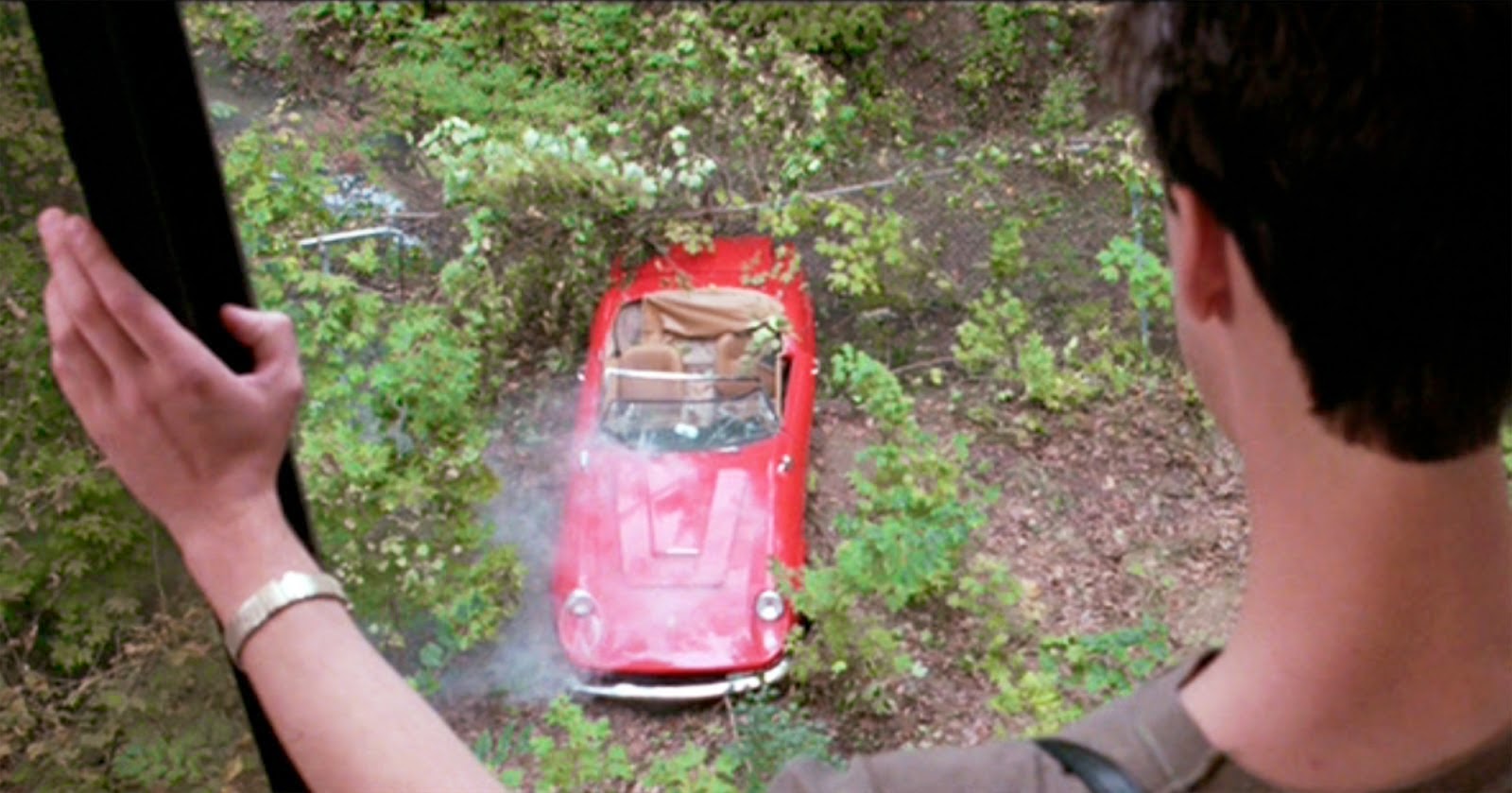