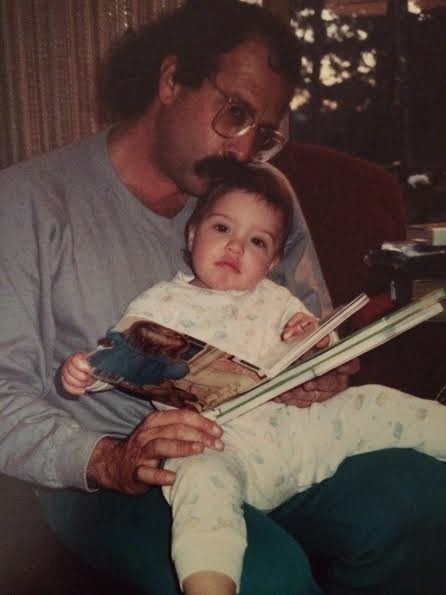 Kelly McClure already wrote the piece that I wish I could write about Sufjan Stevens’ new album Carrie & Lowell. Even if I wanted to though, I don’t know if I can.

I only know my father from the photos I’ve found tucked away in boxes and the stories people have told me. He died when I was two years old, too young to have formed any memories about him of my own. I hear he was a brilliant artist. His friends tell me that I look like him. I’ve become well acquainted with the look of sadness that falls over my senile grandfather’s face when I have to remind him who I am by telling him I’m his dead son’s daughter.

I’ve spent my life trying to understand my dad so that I can understand myself. When I was young and even still today, I feel like I’m uncovering missing pieces of my identity as I find out more about him, a sort of archeological dig on oneself. In the same way that I have poured over papers and photos from my own family, Carrie & Lowell feels like an exercise in self-exploration through the ghosts of a departed parent, as well as a cathartic process in letting go of the past.

Stevens’ own tumultuous past hits close to home for me in some ways. His mother Carrie took off when he was a child, popping back in and out of their lives until her untimely passing in 2012. Like Carrie, my dad suffered from various substance abuse problems and mental illness. Unlike Stevens, I don’t have any happy memories to temper the pain of loss. I’ve had to latch on to the memories of others to see the good in this stranger of a man that makes up half of myself.

Stevens’ music has always felt deeply personal. His lyrics are delicate but cutting, layered across lush instrumentation and beautiful harmonies. His live show is overwhelming and all consuming, like stepping into a James Turrell exhibit and watching as everything else melts away. As I sat in the Beacon Theatre for his recent New York show, I could feel my breath catching in my throat, forgetting to inhale and exhale as old photos and video from his childhood flashed on screens in front of me and lights danced across the crowd. 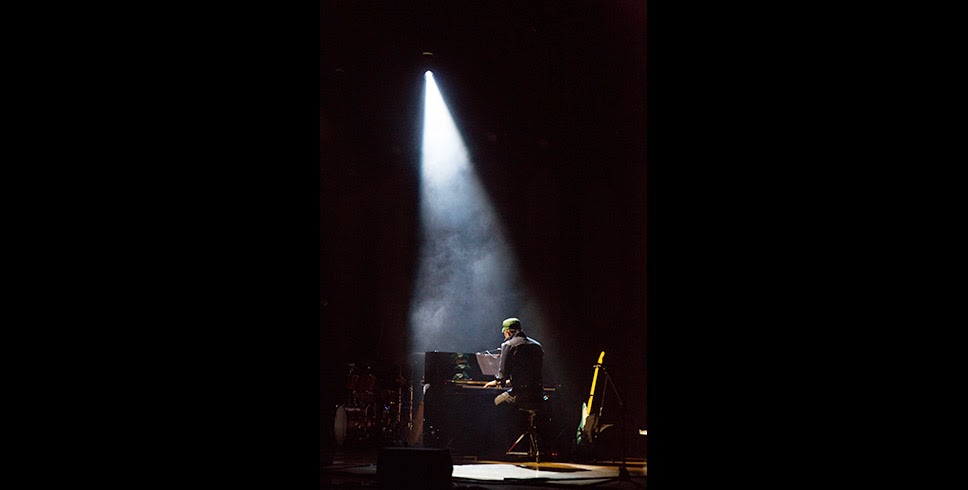 Hearing Stevens and the rest of his band chanting “We’re all gonna die” over and over again On “Fourth of July,” as the music reached a fever pitch, sent me into a state of numbness. When you’re confronted with mortality at such a young age, it’s a hard truth to shake and it only feels more and more real the older you get. I walked out of that show with a deep longing that’s gnawed at me for years. A longing that I’ve had to keep in check for my whole life so that it doesn’t completely tear me apart. There is a hole where my father used to be, a part of myself that I feel was stolen away from me, a part I don’t think I’ll ever be able to find. It’s a terrible thing to lose a parent at any age, but it stings in a particularly odd way when you can’t even remember them. You end up carrying the weight of their life on your shoulders, becoming the living legacy of a dead man.

I wish I could write a record about my father. I wish I could fill the pages of a book with my memories and stories about him and how much he meant to me. The thing is, I can’t. I miss a man I never knew. Stevens’ relationships to his mother and her death are very similar, yet so different than mine. With Carrie & Lowell, he seems to be piecing together the things he had, weaving these stories into the woman he might have known and embracing her for what she was to him. I’ve had less to work with on my own parental quilting project, but I’m getting there with the borrowed stories and carefully collected scraps that trickle into my life. I don’t know if I’ll ever really know my dad or feel entirely ok about losing him, but I do know that I have to try and understand him if I ever want to understand my self.