How I Got the Term ‘Penis-Birthed Motherfucker’ on to Urbandictionary.com 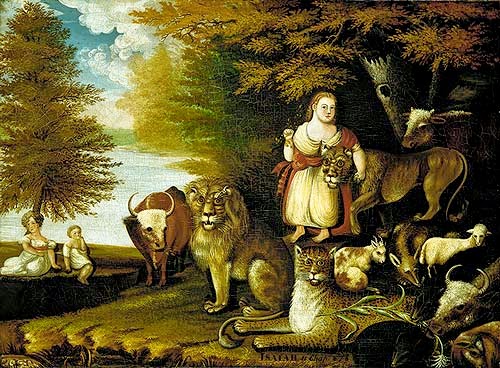 In my room at work I mostly listen to NPR. I keep a clock radio on my desk and just let that shit play all day long, rather than pipe in any of my personal music selections. I’ve made this decision because at the moment, the majority of music on my phone consists of songs I’ve looked up on Shazam while in the grocery store or Home Depot. Think about what that means: think about walking in on someone really getting into Caribbean Queen or some Chaka Kahn or whatever. You are not going to be able to leave without wracking your brain for some sort of funny comment to make about it. “Haha what the fuck are you listening to, is that Michael Mcdonald? What decade are we in now hahaha." I’m trying to save everyone else some trouble. No one argues with NPR, in fact, no one has anything to say about it at all.

So with the way things have been going, I am now far more informed about current events than I have been for years, sort of. I’m aware of the names of current events. Every day I hear about the Ukraine, and Greece, and Chris Christie, Hilary Clinton’s cell phone problems, the fucking Apple Watch, shitty cops and Syria. Things are tough all over.

ISIS sure is a problem I wish someone would do something about. Sure. Is. A fucking. Problem. And despite the amount of time I spend sitting in a room with the news, I still can’t contribute to a conversation about the Islamic State beyond telling people how it feels as a white, American, off-hand observer to casually absorb the facts of its brutality. The words from the news that actually hit me are cartoonishly awful and visceral to the point of abstraction. Orange jumpsuits in the desert, masked giants cutting off heads, some fucker sitting in a cave editing DV footage on a Power Book from 2008.

When the video of James Foley’s execution dropped last year I spent one whole evening hard-Googling for the complete package. I wanted to see a beheading in action. I had the same impulse when I heard there was a video out of Saddam Hussein’s hanging whenever that was (I will say that that one was easier to find and, though not without merit, had lower production values).

I don’t know why I felt the need to hunt down these documents. I have no tolerance for violence--you can easily catch me weeping in terror at movies. The time I saw Poltergeist comes to mind, or that goddamn Daren Aronofsky piece of crap whatever it was called, or oh Jesus the fucking scene in Monster where that guy rapes what’s her face with a broom handle ugh..

The difference is, these execution videos are true. They show what happened to a certain human body in reality, and a limit that was reached before the subject expired. Somehow that veracity drives me--I am interested in things that are real. I mean at some point I guess I was. I don’t fucking know. 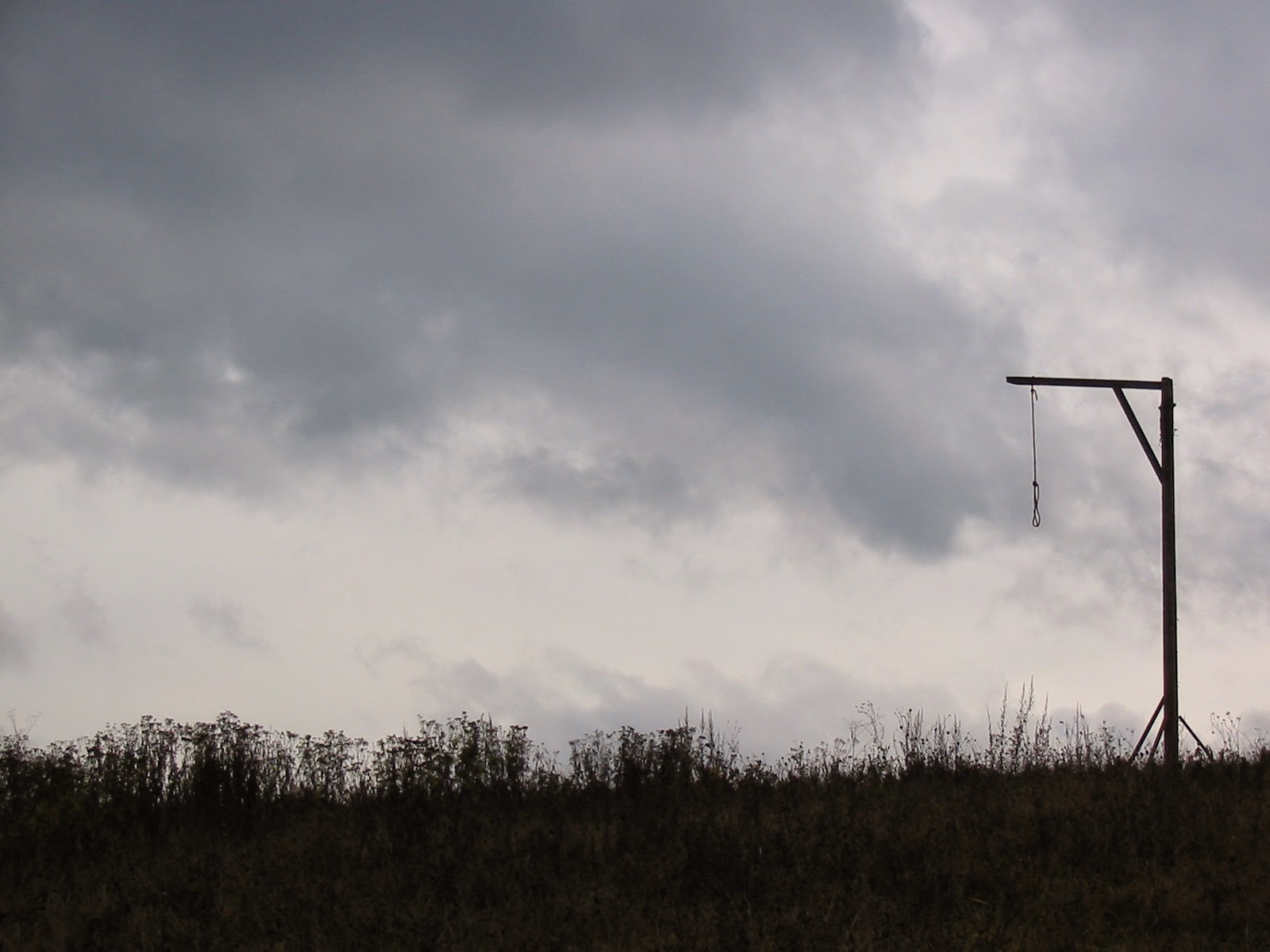 These days, I’ve had enough with a lot of shit but in particular, the story about the guy locked in a metal cage broke whatever perverted interest I had left in bearing witness to what is going down out there. I slumped in my chair at work and listened to someone talk about a guy being locked in a metal cage and burned alive. Later on at home I saw photos online of the guy in the cage, and had a good long think about how many more years I want to participate in a species that does this sort of thing to itself.

You hear the one about the 21 Egyptian Christians who were knelt in a row by the ocean and beheaded? I heard that one the other week. It’s not very funny! The punchline is the guy they interviewed on NPR who was the brother of one of the guys who were murdered. The guy saw a video of his brother getting his throat cut and was able to tell a reporter this about it: "I heard him calling, 'Oh Jesus,' as he was beheaded. I'm happy and I'm proud of him. He is a martyr for Christ."

“Oh God” I thought, slumped in my chair, listening, “when I say oh Jesus its because I’m cursing at something. ‘Oh Jesus I forgot my fucking keys;' ‘Oh Jesus they’re out of fucking wheat-free crackers again;' I might even say it if someone told me I was about to be killed.” And I felt even worse than usual about this beheaded Christian guy, because now it seemed like my casual expletive use added up to a lack of respect for some dead innocent people that could be felt around the globe.

And now, here is as complete a list as I can come up with of the ways I employ the word “Jesus” in order to express my exasperation with just about anything on a regular to daily basis:

I could probably stand to do a better job about the way I talk. I don’t know for who, exactly. The world at large? Little children? Whenever little children happen to be around me for some reason, I use curse words like normal and don’t think about it until its too late. Then I cover my mouth and apologize while thinking to myself that by now, it’s probably legal to say “Fuck” on regular, non-premium TV anyway so who cares. I rationalize my use of profanity by telling myself that it’s humorous, and also inescapable, like a rising, motherfucking ugly tide within common discourse.

My mom swore endlessly, ceaselessly, and I really learned a lot from her teachings. Especially a lot about how shitty other people are. She drove holding the steering wheel with her right hand, while her left kept busy forever brandishing her middle finger, just perched up on the dashboard like that, like the bird that it was. I hated the onslaught of profanity, but I loved the taste of power so in arguments with her from ages… I don’t know, 6 through 12? I would spell out adult words at her while loudly explaining my side of a situation.

I DIDN’T EAT THE F-U-C-K-I-N-G CHIPS.
THAT MATH CLASS IS B-U-L-L-S-H-I-T. WE SPENT HALF OF YESTERDAY TALKING ABOUT SHAMPOO.
MOM! I DON’T WANT TO SPEND ALL DAY IN THAT C-R-A-P-P-Y ICE RINK.
WHERE IS MY G-O-D-D-A-M-N WALKMAN I’M NOT GETTING IN THE CAR WITH YOU WITHOUT IT I’M GOING TO GO INSANE.

I’ve been trying hard for a while to accurately recreate the dialog of one of these arguments, I just can’t remember enough about anything we yelled at each other over to cobble together a script. All I remember fighting about is how I was failing as a figure skater. There were also the fights about how I was failing school, but in neither case do I recall enough verbal detail to really give an accurate picture. I could just say “all I remember fighting with my mother about is figure skating” and let that be the joke, because I think it’s pretty funny. When I texted it to someone, I laughed.

At age 13 I gave up the cumbersome spelling and no one even blinked. I don’t remember exactly what I opened up with, but I hope it was a nice combo/creative use of repetition like “Fuck this fucking shit, Mom."

“Oh Jesus, fuck” might have been what she said into the phone when someone called in the news that her own mother had died suddenly of a heart attack, on the couch, in front of the TV. After hanging up, mom got in the car and drove upstate to deal with everything for 48 hours, while I stayed home and kept my own kind of vigil: playing Pokemon Pinball on my 1989 Game Boy for two days straight without sleeping or turning the lights off. I was eighteen at the time, out of high school and living at home, deeply entrenched in what I was already calling my “lost year:" twelve plus months characterized primarily by reading comic books, declining admission to Bennington and losing my virginity to my supervisor at the bookstore where I worked.

My grandmother’s last words were “No, I don’t want any sandwich." I predict my own will be either “Oh shit” or “Go ahead and do it, you fucking pussy." According to the subtitles over that cell phone video of Saddam Hussein’s execution, the man’s last words were “God is great” and “Palestine is for the Arabs." I remember thinking “Huh. Well I can’t say I disagree” when I saw that. And then a trap door flips out from under Saddam Hussein, and he dies hanging from some scaffolding in what I think is a barn, and the men who were surrounding him make noises.

Considering the number of people who’ve been locked in a cage and burned alive in recent memory, I have to update myself a little on my agreement with Saddam. God isn’t great. He, or it, is at best a negligent dip shit Dad who probably should not have penis-birthed a bunch of retarded puppies like the human race into the Universe, and then scooted off to play space golf for the rest of time with Steamboat Willie and popular characters from the Bible. Had I the opportunity to discuss my views with an omniscient God, I might, out of simple fear of its all-consuming power, tone down my normal verbiage and say something like this:

(Actually, Urbandictionary.com keeps rejecting my entry. I'm going to try re-writing it until something gives.)