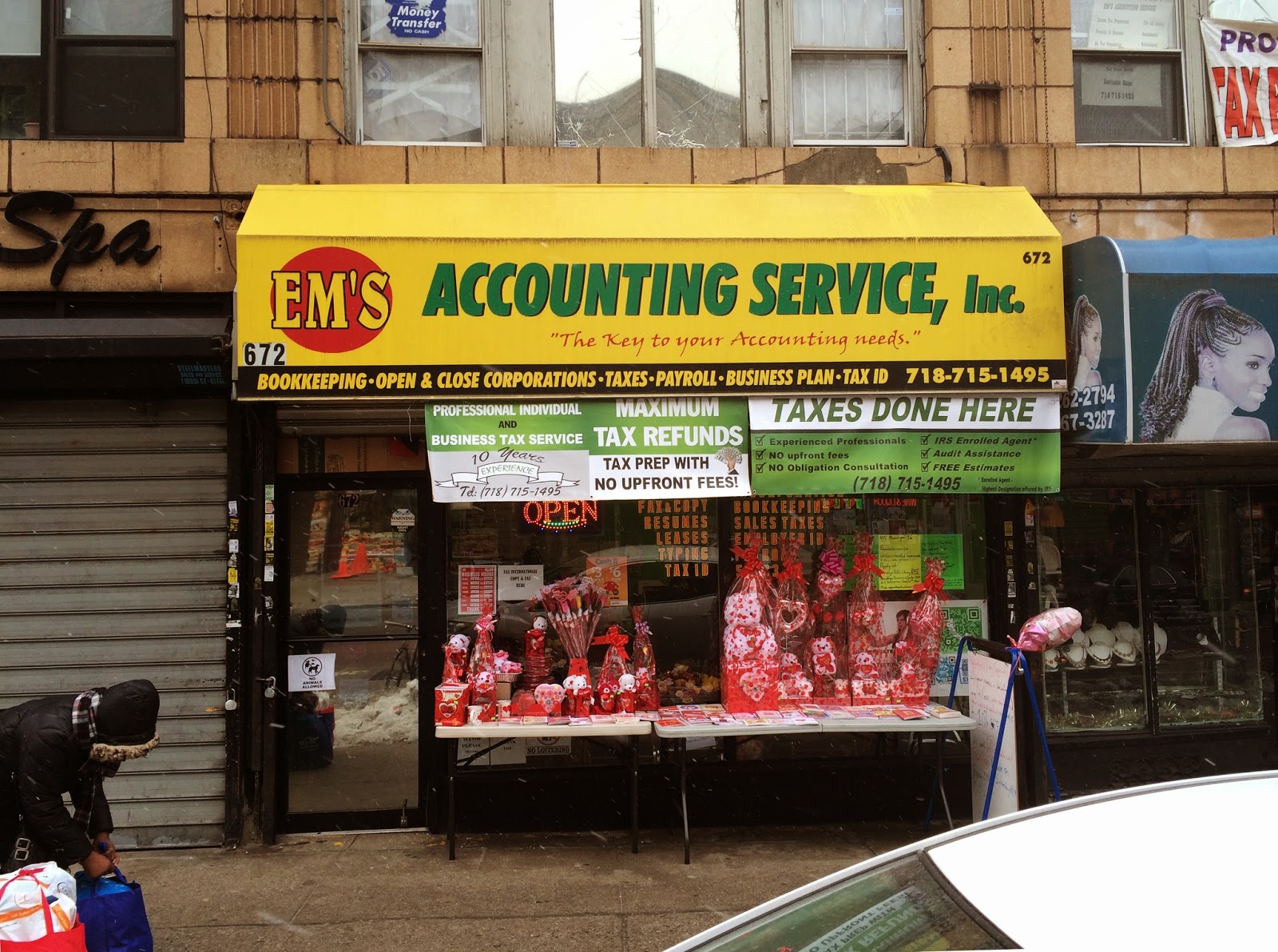 This is Valentines Day. I am thirty‐three years old.

I got a haircut today. It was the first I’ve ever paid for. I have been shaving a good portion of my head for a few years now, and people just assume things about me based on that.

This week at my job I spent four days staining, sanding, and polishing the same eight pieces of wood over and over, and when my boss was happy with them I asked for a raise. Now I’ve paid for an expensive haircut.

It’s a hair place where they give you beer while you wait. I was uncertain if the stylist was able to interpret my somewhat‐opposing pleas of “I’ve been fucking this up myself since I was 14 please do anything to help me. I just saw a photo of the back of my head on social media and I was mortified,” and “I want to look less gay." I kept my eyes on my beer throughout the process because I’m one of those people who has problems looking in mirrors. Did you know that these people exist? They do. Some people can loose an entire day to crying because they caught themselves looking shitty in a mirror while digging for clean clothes in their closet or whatever. I think Xanax would be a good idea for this type of situation but my therapist doesn’t.

The stylist cut off too much, but my hair was pretty lousy so I don’t blame her, and she only charged me 45 bucks, and I gave her the tip I pre‐calculated based on the $77 I had expected to spend. I didn’t look any less gay when I left.

Afterward I stopped at a Duane Reade to refill my prescription for Wellbutrin. I paced the aisles of the Duane Reade, waiting to be given a new bottle of antidepressants on Valentine's Day. "What else would I possibly be doing?" I texted someone.

On the overhead stereo, they played the band Air. They played the Air song "Sexy Boy" and I shoplifted some lip balm and accepted my free Medicaid subsidized brain pills and went out the door.

It’s snowing. On my bike ride home I passed the fashionable ice cream place where I once freaked out, trying to order ice cream while high on mushrooms. This was two summers ago. I stood still in there, silent at the counter, staring at an overly verbose menu for a full five minutes, unable to process anything or respond to the waitstaff while my then‐girlfriend calmly asked for samples. At some point I snapped out of it enough to stage whisper “WE NEED TO LEAVE," and she and I ran outside through a rainstorm and into her building down the street. Inside, I grabbed her shoulders and said “WE CAN NOT EVER GO IN THERE. THERE’S TOO MUCH SHIT AND TOO MANY PEOPLE. I CAN’T STAND IT." And I apologized for being a misanthropic freak who dislikes whatever normal people like. She said it was fine, that she didn’t like it either, and that she understood me. I said “THIS IS WHY I LIKE YOU SO MUCH. THIS IS WHY I LOVE YOU." And we went upstairs to lie on her living room floor, holding each other. 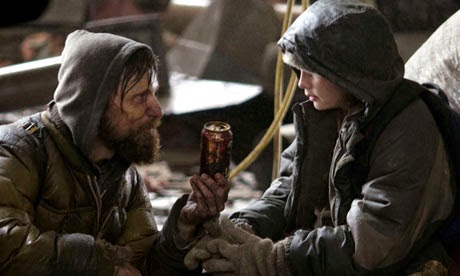 I’ve been casually sleeping with a guy from work for a month and a half. I’m not a casual person. I think every one on earth can tell I’m not a casual person based on the way I walk or the way I hold my face or something, so no matter how much I think to myself that I’m going to stay casual and not freak people out with my realistic intensity, something on my body betrays me and people run screaming. What I mean by that is: it’s not easy. I like this guy from work a lot and I don’t know if he knows that or cares. According to his posts on social media, his mother died three years ago on this day, this day of the year that is Valentine's Day. He is only 26 and seems to have really loved his mom so this, I imagine, was a serious trauma for him. So what are you supposed to say on Valentine's Day to a guy you really like who you don’t really talk to unless you are in bed with him, who is spending the day primarily celebrating how great his dead mother was? I don’t have an answer for this. I’m going to send him an amusing photograph and hope for the best. If he responds at all I’ll ask him to tell me about his mom because I am genuinely interested.

I think I’m done with love. It’s recently been pointed out to me by someone I’ve stopped talking to that my use of the term is pretty empty. I’ve always thought that I love a lot of people, all my friends and associates, whoever I’d be willing to do something unnecessary for. That to me is love. I’m probably wrong and am also apparently hurting people, because it goes away. I don’t always have that feeling for everyone forever who I start having that feeling for. The girlfriend, from the floor; This person I stopped talking to.

This person I stopped talking to was someone I had loved, because she was unique and vulnerable and gave a shit about the same things I do. She offered me comfort when I needed it and let me experience her darkest moments with her. I asked her to be my partner physically and she refused, while still texting me all day every day, taking me to events with her and then to bed at night, where we would hold each other and not have sex. We met on a dating website.

After some time I taught myself to accept this for what it was: a useful, fun platonic partnership in which I’d found someone to fulfill all my needs except one. “Just find someone else to fuck,” she told me. She’d already done so herself; a man she would not agree to be seen with in public whom she turned to only for sex. I guess maybe they talked sometimes because she seemed to know something about his political leanings. She criticized the way I spoke, the way I drove, my narrow views on gender politics, my inability to be perfectly clear about things. She also helped me move several times, listened to every complaint I had about my life and bolstered my self esteem, praising each little effort I made in the world. Sometimes she would visit me at work and everyone assumed we were a couple. Everyone wasn’t wrong. We spent Christmas together. Ate, drank, exchanged gifts, sarcastically went to church, took a nap and what happened in the weeks that followed is I don’t love her anymore. I think that’s what it is. I’m not sure. It’s not like she’s a different person, or that I am. I just realized that I don’t want to do unnecessary things for her anymore. Or anything for her, anymore.

I loved her, for a while, in spite of her being pushy and demanding, and somehow simultaneously co‐dependent and aloof. The more she trusted me, the more she wanted to see me, but always on her terms, frequently in the shape of me sitting next to her on the couch in her apartment watching her apply for jobs, us sitting away from each other watching a terrible movie after fighting about diet books, or fighting about how I’d tried to change some plans we’d agreed on, or her inviting herself along to things I’d planned to do with other people or letting me drive her around for no good reason.

The more I did for her the more I realized she didn’t know how to say please, or thank you, for any of it, and began to feel nothing but anxiety when I saw a text from her on my phone.

All this alongside her constant critique of me‐‐the kind of criticism I would almost definitely, readily accept from someone I was actually fucking. And something in that sentence is a clue to why I am spending Valentine's night eating bacon and kale with my fingers in front of the computer alone, and wondering if I’ll hear from the guy I’ve been sleeping with and wondering when I should go to bed.

I stopped loving her because she pushed into me too hard and wanted me too much, and I stopped talking to her because I can’t even explain this without it turning into some back and forth tennis match of retorts. I let everything happen because I wanted the experiment to work. I wanted this new kind of partnership to succeed and make us both happy, and somewhere down the line someone would refer to us as “longtime companions” in an article about my artwork in my fantasy future where there is still art and journalism and maybe we’re not living in a post‐ apocalyptic “The Road” situation.

So, goodbye to all that, and forget it. I don’t know what love is and I don’t know if it’s real. I’m going to stop saying "I love you" and say "gee, your hair smells terrific," or something instead. "Gee, your voice is beautiful." "Gee, that was a nice kick flip." "Gee, you sure have a way with that manual transmission."

There are people I want to do unnecessary things for, and there are a lot of them, and I don’t even have a reason why for each. They are charming, or they have helped me out, or talked to me either like I have half a brain, or I don’t, and some I’ve just met and some have stuck around for years listening to my bullshit. I want to say I love them, but perhaps from now on I’ll limit my sentiment to "Hey, if I saw you out there in a post-apocalyptic The Road situation, I would gladly share a can of beans I found in a bomb shelter with you, no foolin''

I’m done pretending like I know some shit about anything at all.

www.bonniebrendascott.com
Posted by Unknown at 8:08 AM