Fantasy football is a big business stacked on top of another big business, wrapped in a cocoon of business, delivered via business. It’s the business equivalent of a Monte Carlo sandwich. It’s shaped like a regular business, but it has been mad-scientist injected with the maximum, most insanely disparate variety and amount of business, and it’s too much business, really, and it’s bad for you, and if you pause the “this shit is going down” momentum long enough to consider the merits of the actual thing itself, it doesn’t even really taste all that good. Fantasy football is more some opulent experiential dare than an actual thing to be enjoyed. It reduces incredible feats of athleticism and dedication to math, deep fries that math in game theory, coats it with the powdered sugar of small-stakes gambling. It’s a disgusting, excessive mess that you love more in concept than in practice. Really the whole purpose of it is to impress your friends by acting like a big shot. It is not sustenance.

But: there is value in the conviviality of the shared bad experience, and this is one that happens mostly in a digital space in a way which can conveniently incorporate far flung friends and relatives. So of course it’s not all bad. It’s just a lot. You can be bad at it. You don’t have to eat the whole thing.

This year there are four “gonna be really good” fantasy football tight ends, and then a bunch of fairly interchangeable “maybe this guy too” guys. There are kickers. There are defenses. You could decide to really get into the minutiae of who will be incrementally better than who, but there is zero marginal utility in that decision.

So with that in mind, here’s some more fantasy football info to shovel into your face, you slob: 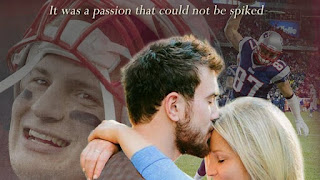 I have never had Rob Gronkowski on a fantasy team of mine. I imagine it feels like you’ve “discovered” some weird hole in the wall cheap Cuban restaurant that is actually delicious, and you’re just trying to enjoy it and not worry about the inevitable eventual food poisoning. Rob Gronkowski, the actual player, runs for long stretches of field while casually vibrating the bones of his would-be tacklers like a pair of airborne rattlesnake eggs, which is fun to watch unless you’re rooting for the would-be tacklers, in which case it is terrifying. He’s often hurt, which means you should draft a backup tight end, which means nothing, actually. That’s fine. 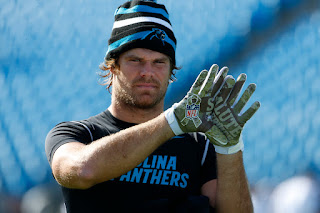 Does your fantasy football league award you with one point of scoring per reception that somebody in your lineup catches? If so, you may want to consider drafting the tight end who’s the only reliable pass catcher on his team not named Jerricho Cotchery, who is somehow an actual person and not the unreliable narrator of a symbolism-laden short story about a murder that happens in the woods. 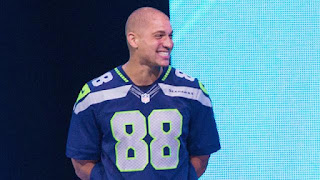 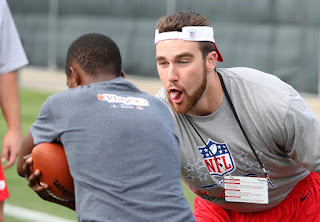 Everything I’ve read about Travis Kelce says that he’s going to be really good, and he was pretty good last year, and then people say he’ll probably be pretty good this year too, like in a way that the three guys listed above are good. Okay, people who write things about Travis Kelce. I am willing to take your word for this. I will not go so far as to watch a Kansas City Chiefs game, though.

Other tight ends that are probably gonna be okay, but nobody knows, really:

Martellus Bennett, Julius Thomas, Jason Witten, Zach Ertz, Jordan Cameron, Delanie Walker, Owen Daniels, and Josh Hill could all also be pretty good this year. And so could a bunch of other guys I didn’t even talk about. Rob Gronkowski should be a late first or early second round pick, and the rest can be peppered in no sooner than the third round. If you don’t get one of the top 4 best dudes, you might as well wait for a while. Who’s going to be a good fantasy football tight end this year is really just going to be a fun surprise, and the ninth guy I listed has just as good of a shot at it as the sixth guy I listed. Is my opinion. In practice, there are going to be a very definite amount of and ordering of fantasy football tight ends. If it’s any consolation, you also don’t know when you’re going to die, and this ignorance is the basic engine for the way you’ve lived your whole life. 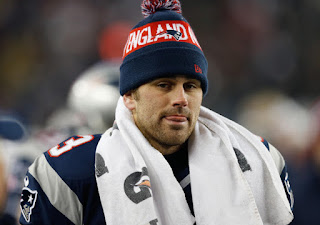 How is Stephen Gostkowski the best fantasy football kicker year after year? Somehow. That’s how. 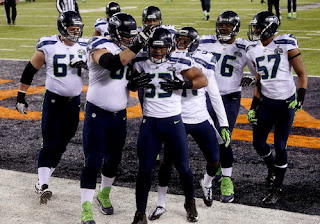 Maybe Seattle won’t be as good at defense this year as they have been in previous years, but they could still be pretty good and have that be the case. I don’t know, guys, this is dumb. I’m glad I get to stop doing this soon.

Relevant fantasy football statistic: NFL teams have averaged exactly one defense per team for the entirety of the NFL’s existence. (Source: SPORTSBLATHER INC.)

UP NEXT: THE SWEET EMBRACE OF DEATH

@itisbenjo
Posted by Ben Johnson at 11:42 AM