Concrete Jungle Where I Lived For Awhile and Then Left 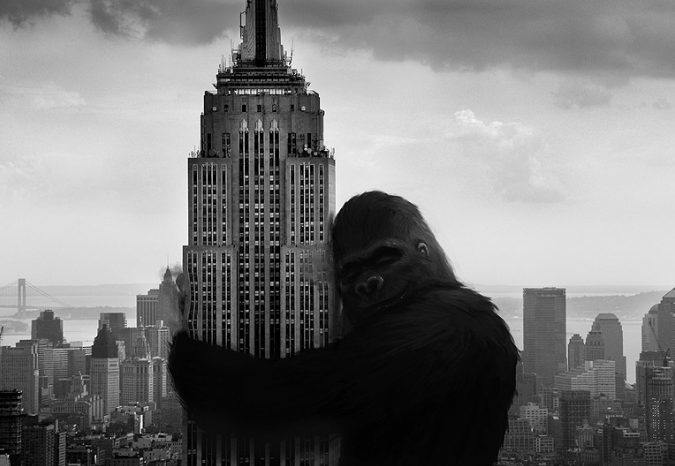 A week and a half ago I left New York to move to New Orleans. The week or so before I left I wanted to write the traditional "Goodbye to All That Yadda Yadda" post, but I was too busy, stressed, and exhausted to even do it. Which is perfect, and makes sense perfectly, in actually describing by not allowing me to take the time to describe, why I left New York.

So now I'm here, in a new Not New York place. It's been a week. I saw a slug yesterday. I don't know how to begin to write this. I don't know how to begin to describe what it feels like to experience the essence of a city drain out of your pores like nicotine. It's like that scene in The Crow where "The Crow" found that drug lady in the bathtub and squeezed morphine goo out of her needle holes and was like "morphine is bad for you." And while I wouldn't really say that New York was bad for me (and I'm probably only not saying that because I'm still addicted to it, and that's what addicts say) it definitely left me curled up in the bathtub a few too many times.

Maybe this is a good place to start. I'll list of a few options for what this post could be titled. Let's do that.

1) New York, concrete jungle that you dropped your ice cream cone on and then couldn't afford to buy another one so just went home and ate old crackers.

2) New York, concrete jungle where you left an ovary in the Staten Island hospital.

3) New York, concrete jungle where you sometimes didn't leave the house for days because you'd rather do without something than have to walk to the train and hear no less than five guys say something about your ass.

4) New York, concrete jungle where you woke up every morning driven to do something great with your career, but you already did that great thing and it turned out to be horse shit.

A lot of people have written about living in New York and then leaving it. It's a thing. There's not much new to say about it, other than the fact that it is "a thing" enough that a shit ton of people HAVE written about it. I can't off the top of my head think of a time I read a post called "Goodbye to All That France," so, it must be something special.

I think what it comes down to is that whenever a person moves to New York, and then leaves it, they struggle with the nagging voice inside them that says "you didn't do it well enough. You failed." What I learned after my six-ish years living there though is that that nagging voice *IS* New York. The whole time I was there, no matter how great I was doing, how many successes I had, I always felt like I wasn't doing enough, not using New York to it's full potential. And that's the hateful slime under those city streets (now I'm using a Ghostbusters reference. Just really bringing all kinds of shit into this) that will hollow you like a nasty dried out apple.

Hear me now: There is no such thing as "that's just what you do." You have ONE life, and you can do whatever the fuck you want. Forever. Period.

Hear me twice: You don't have to live in New York. 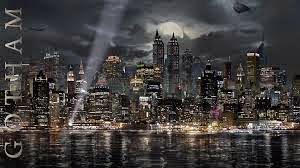 But I get it. I do. Even as I'm typing this I'm thinking about how I watched Gotham while I was exercising yesterday and teared up seeing a young Bruce Wayne walk around those assclappingly beautiful streets. To me. Even now. There can never be a city more beautiful than New York. But, like the job there that I almost killed myself working for, I'm done with loving something that can't love me back.

So now I'm here. In Not New York. It smells like 50 different flowers at any time of the day or night. I talked to more people on my new street the first day than I did in the three-ish years I spent in my last apartment. I have a five room house for $200 more than I was paying for a studio in Crown Heights. I work from home doing the same damn thing I did in New York. And at the end of the day, when I stand up from my desk and walk outside, I can walk a good five minutes without seeing a single person. If I time it just right.

(I'll probably move back some day.)