Operation American Spring, The Knowledge Class, and LOLing For the Status Quo 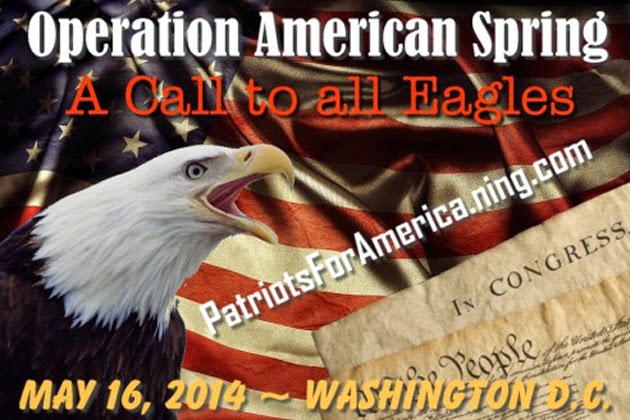 Let me just be clear about one thing: Operation American Spring is idiotic. Okay? It’s a bunch of gun-toting redneck weirdos with an undefined agenda and a core set of values springing forth from some peripheral belief systems best described as “wackadoodle.” I have not conducted any on-the-ground journalism about this, but I’m still confident in venturing that the only action necessary to completely discredit these people is to ask them questions and let them talk. It is likely they will, in such a case with very little prompting, go on to tell you about the President’s forged birth certificate, or Sandy Hook being an inside job perpetrated by the powerful liberal elite anti-gun lobby, or the non-existence of evolution. I don’t know this, I’m just guessing. That’s my guess. My guess is that these people, and the ways they have come together (or failed to) to express themselves politically, are not to be taken seriously. I couldn’t possibly advocate their stances or what they’re doing less.

So, now that I’ve gotten that caveat out of the way, I love these guys. They are absolutely right about everything they’re saying. According to the above-linked Washington Times post, Operation American Spring’s goal is the immediate (or eventual) ouster of “Mr. Obama, Mr. Boehner, Attorney General Eric Holder, Senate Majority Leader Harry Reid, Sen. Mitch McConnell, House Minority Leader Nancy Pelosi and Vice President Joseph R. Biden,” because, says ringleader Col. Harry Riley, “They have all abandoned the U.S. Constitution, are unworthy to be retained in a position that calls for servant status.” My biggest beef with this assertion is that the list of targeted U.S. Constitution-abandoners does not include the Supreme Court. The rest are also a bunch of documented NSA-spying, Guantanamo operating, drone-striking, procedural filibustering, waterboard-approving benders and breakers of both the spirit and the law of the Constitution who, as its designated servants, should absolutely be held accountable for the country not running as well as it should, including, if possible, by such populist means as these Operation American Spring lunatics claim to represent in absurd abundance.

I was put off then by the general tone of the backlash to the Occupy movement. It seemed like a bunch of rich white guys in suits, born into privileged social networks and not understanding how somebody else could not be, hollering “get a job, it’s not that hard.” I could easily imagine, through overheard whispers, the general eyeroll sentiment of chuckling exchanges of Wall Street Businessguy “commuter horror stories” in elite private lounges. I saw the conservative corporate media’s functionally accurate but irresponsibly incomplete portrayal of the protestors as largely disorganized, off-message children possibly more devoted to getting laid in tents than to any stable, consistent, or workable political ideology.

The backlash to this current outcropping of populist American political crazies rankles just as much. Yeah, these guys are nutbags. Of course they’re nutbags. You’d have to be a complete maniac to get up off of the butt you are currently sitting on in relative comfort and go all the way to some public park in Washington, DC with the goal of removing the seven or so most powerful operators in your democratically-elected government because of any reasons. That is a patently nutbag activity. Crispus Attucks, regardless of his actual level of participation in political agitation or mob violence, was a nutbag to be anywhere near where British soldiers were standing with guns. Now he is a famous dead nutbag instead of an unfamous, still-dead, non-nutbag who saw what was going down near the state house and said, sensibly, “look at all these angry crowds gathering in this public square; now is probably a very good time to go grocery shopping.”

I realize the “American Patriot” imagery in invoking Attucks is a little on the nose with the self-conception these Operation American Spring zealots are trying to promote. My point is that history is written by the winners, and those winners get to turn around and say, “We were not the nutbags. The other guys were the nutbags. We were just reacting justifiably to the oppressive nutbaggery of the other guys.” The constituency of Operation American Spring are not winners in any sense. So we get to laugh at them. But that doesn’t mean they’re wrong. The current operational power structure of the U.S. Government runs in many ways (de facto and de jure) directly counter to many of the precepts set forth by the U.S. Constitution, allowing of course for interpretation.

This is completely unsurprising, since the Constitution is a document written almost 227 years ago, when there was no such thing as an assault rifle or Nebraska and it was legal to own a person or beat your wife. The Constitution hasn’t even been altered since 1992 (the 27th Amendment, which was first proposed in 1789), which is insane. The world and the country are very different now compared to 1992. The Constitution is, by design, a not particularly responsive document, open, by design, to interpretation. To swear to uphold it is to accept responsibility for a certain amount of latent hypocrisy.

But these nutbags are right when they say that doesn’t mean we shouldn’t try.

Also, who am I to label these people as nutbags? History is written by the winners, so I must be a winner if I get to decide who’s a crazyballs crazyman and who’s not. I must be one of these “liberal elites” they keep railing against, doling out legitimacy privileges only to whoever I see fit. I must be a part of some special Knowledge Class who gets to decide what political agendas are valid based on what I am told in The Atlantic or The Economist. I must be someone who has access to the “correct” information. If these people are nutbags, and I’m saying they’re nutbags, and tweeting #LOLnutbags on Twitter, and closing my shutters on the nutbags outside, then I must have a fairly comfortable life inside of these shutters. Me and Rachel Maddow both.

Maybe what the backlash to Operation American Spring is saying isn’t “those guys are borderline racist (or other example A, B, and C of an instantaneously problematic stance) wacky radical right wing gun guys” so much as “I’m fine with the way things are, and I’m not one of those people who isn’t.” And this is how political change is stymied in the current era. Divisions are reinforced naturally when resources diminish. Divided population segments are more likely to say “we deserve whatever resources are left because of (any reason, in the example of the OAS backlash because we are the smart ones and they are not, in the example of OAS because we are real true patriotic Americans and they are not)” than to band together with the other divided segments and demand more resources for everybody.

(Here I am implying that total U.S. household wealth divided equally among the U.S. population right now is $243,000+ per person, which I don't know about you but I sure don't have that kind of cash, and maybe something in the vein of giving that money to places that are more helpful than the current places it is located might be a helpful way to fix all the problems there are)(I mean $243k PER PERSON, holy shit, holy shit)

So that’s why I’m not going to denigrate the efforts of Operation American Spring. I’m with them. I agree with them, fervently, especially with their most basic underlying assumption. We should not be getting screwed over by the powers that be to the extent that we currently are. None of us should be. I’m just probably not going to go out there and join them. They are armed to the teeth, and I don’t trust them to replace any of the people they’d prefer to remove with anybody better. Because, yes, they are delusional psychos, and because more importantly they are not my delusional psychos.