Bobbi Kristina is About to Die. Don't Wait For It to Happen to Care. 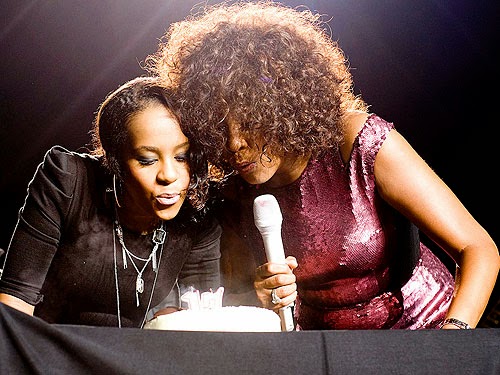 I'm doing this. I'm not planning for this. I'm doing this. I just went from "I'm eating cold pizza for breakfast and feeling kind of hung over because I did a social thing two nights in a row," to "I'm gonna write about Bobbi Kristina. And I'm gonna do it right now."

There is no eloquent way to write about the frailty of life, let alone the frailty of a life that isn't yours. I don't know the majority of the people that I think about and talk about every day. They are faces on an album, book cover, or TV screen. They are faces who drive lives that are probably completely different from the ones I've crafted in my head for them. I will never know them. They will never know me. But I care about them just as much as I care about anything else, so that's real. That's a real thing.

I feel like not enough people are talking about Bobbi Kristina. I feel like I've been waiting, over the past week or so, to see the string of media professionals who I follow on social outlets to have some sort of emotional response to the fact that the young daughter of Whitney Houston is laying in a hospital bed, about to lose her life. I don't think enough people are talking about this, and I know why. They are waiting for her to die first. They are waiting for the machine that is keeping her alive to be unplugged. And then, they will have something to say about it. For about a week. And then they won't. This time next month Bobbi Kristina will be another tragically dead celebrity who we Googled for a day, clicked out a few RIPs for on Twitter, and then discarded. And that makes me sick. 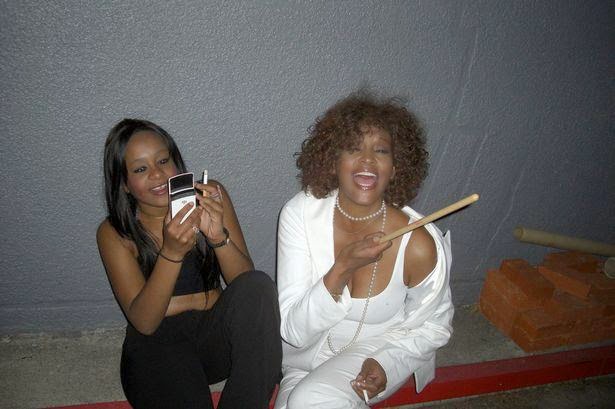 Whitney Houston was sad. She was overwhelmed, over shared, over worked. She was sweaty, and "losing it." She was failing, and flailing, in a public eye that couldn't wait to make jokes about it. Whitney Houston did drugs and then let her life slip away in a bathtub in the Beverly Hilton Hotel. Whitney Houston floated, dead in the water, almost directly above a pre-Grammy party that STILL HAPPENED even after news trickled down to the party goers that Whitney had died. This chain of events is so disturbing and disgusting that sometimes I think about it to torture myself in the same way that I can't help but obsess over the dead baby scene in Trainspotting, even after all these years.

Bobbi Kristina was sad. She lost her Mom in an embarrassing, tragic, and very public way. Bobbi Kristina's life was hard. Bobbi Kristina took drugs and passed out in a bathtub, cutting off oxygen to her brain, which has since gone dead. Bobbi Kristina is all but dead, and it's the saddest thing I can think of. I'm sad she lost her Mom. I'm sad she, eerily so, followed the same path. I'm sad for their whole family. More so though I'm sad, and dread with every irrational fiber of my being, waking up one morning to the beginning of a one week news cycle of "Bobbi Kristina, only daughter to Whitney Houston and Bobby Brown, has died."