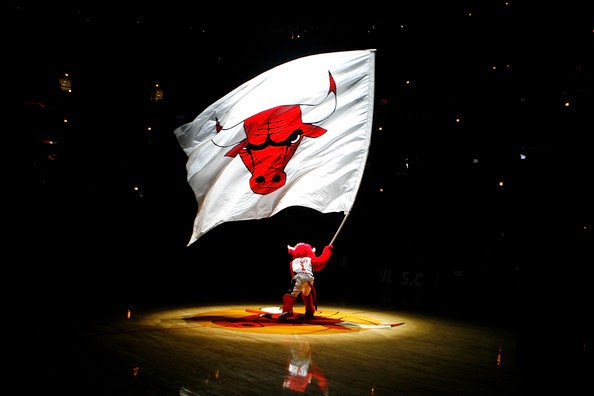 I’m not from Chicago. I’ve lived here almost 14 years, though, comprising my entire adult life. I don’t always love it. Most of the time I don’t even think about it. I just live here. When I do think about it, about how I actually feel about where I live, this place called “Chicago,” I usually get a nondescript feeling that’s a lot like the blue dot from those t-shirts designed by Lara Tinari and Kevin Stacy which were popular in the early 2000’s.

Do you always love where you live? Fuck you if you always love where you live. You’re either a liar or a lobotomized new age hippie or a rich, insulated, ivory tower prick, and either way you deserve to be taken down a peg or four. Life is long and difficult and you can’t enjoy all of it, and if you can and do, something is wrong somewhere. That is the Chicago talking. Chicago has rubbed off on me.

Earlier this month it snowed 19 inches in a 30 hour period over Super Bowl Sunday. Chicago viewed it as an inconvenience. We shoveled it. We helped each other. Or: we didn’t. Either was fine.

Some people shoveled their cars out of the snow and placed "dibs" markers to save their shoveled-out parking spots. Some people shoveled out their neighbor’s cars, or collectively shoveled out their entire blocks, and took a firmly anti-“dibs” stance. It was a subject of conversation, as it is every year. A certain portion of Chicago always manages to get themselves all emotional about the inherent rightness or wrongness of calling “dibs” on street parking spots. I don’t care. I am young and healthy enough to shovel. I am smart enough not to park where somebody has at least warned me with a lawn chair that they might pull some shady, vindictive, spiteful horseshit on my car. I am also generally lazy enough to wait until later if possible to go do something if there is 19 inches of snow on the ground. Chicago has taught me well.

Many of us went to work the Monday after this snowfall, and complained about the inconvenience represented by 19 inches of snow, and then talked about the Super Bowl, and then went home at the end of the day. Later on that Monday as I was running an errand, I found myself on a dead end side street, parked in by a delivery driver whose car had veered into an errant sludge pile. Me and another guy helped him get out. The delivery guy was cussing out Mayor Rahm Emanuel for not plowing the side streets, leading to this predicament. This is less than a full day after 19 inches of snow had finally stopped falling.

I agreed with this man's assessment of the mayor, not because I thought the side streets should have been plowed by then, in fact I found it a miracle of logistical success that we were even capable of having that conversation on that subject while Boo Hoo Hoo New York City shuts down for a week and takes over the national media to tell us all about it whenever threatened by a single snowflake; I agreed with him because I also hate the mayor, a slick little white collar hustler who is gutting our city for profit, and, maybe more importantly to Chicagoans, acting like a complete dickhead about it. Like we’re stupid. We’re not stupid. We just only care so much until our cars get stuck and there’s money waiting for us back at the pizza joint. There’s a small but profound difference between those two things.

I felt a great swell of love for Chicago in that moment with the delivery guy. Here, in Chicago, is a dude, presumably with all the hopes and aspirations and problems and peccadilloes of any adult human, cussing out the mayor because there’s snow on the ground which is making it difficult to perform the duties of a delivery driver, as if all the forces of God and man are colluding to, in the most egregious of all possible offenses, interfere with the essential and proud labor of pizza delivery. The guy was a hero, in his way. We are all heroes, in our small ways, for living here and for making it work to the extent that it does. And more importantly those of us with the temerity to call this place home hardly ever complain about it. At least not in a "I hate this place" way. What would be the point?

One is the citywide preliminary mayoral and aldermanic election, which occurs in late February in Chicago because of course it does. The way these elections work in Chicago is there is no longer a party primary, there’s just a grouping of candidates which all run for the same office, and if one of them wins a majority in the preliminary election, they don’t bother with having another election. This rule was put in place, presumably, to end the farce of Chicago Democratic Party machine candidates running against Republicans who had no chance in hell of ever being the mayor. I’m no expert on it. I think it has its good points and bad points, although the good points boil down to “well, it appears to have worked this time,” because last night more Chicagoans voted against Rahm Emanuel than for him, and there will be a runoff election for mayor in April. There will also be runoff elections in the city wards currently held by the nine incumbent Aldermen which received the most Pro-Rahm Super PAC donation money, according to this.

The other thing that happened last night was the announcement that former NBA MVP Derrick Rose tore the meniscus in his knee, and will require surgery on it, and will not be playing basketball for the Chicago Bulls, yet again, for at least six weeks and maybe probably more. Again. It is sad news, because Derrick Rose is a native son who has given this city greatness, and gave us greatness at a young and promising age, and regardless of whether his body can even support that greatness again we all just want to love him for trying, where he belongs, on a basketball court. This news is especially sad in this town because we are a town of delivery drivers who cuss out mayors when something gets between us and the job we’re here to do. We understand that nobody is more saddened or frustrated by this than Derrick Rose. He wants to get to work. He burns for it.

Work is the one thing in this world that makes sense here, with all this frozen shit coming from the sky, and the wind chill of negative whatever-the-fuck, and bullets as thick as mosquitos in the summer, and Rahm and all his Wall Street buddies closing down schools, breaking down the city’s labor unions piece by piece, and licking their chops at charter school development money while pretending to give any basic shit about the welfare of children. We can overlook all of that if we have work to do. Even the sinecure union boys, the laggards and the connected guys bloating the payroll of every possible source of public money within fifty miles of here, even they get up every morning in Chicago, itself a feat of miraculous constitution, just to go somewhere and clock in and do nothing, which process in this town counts for something more than nothing. Regardless of how hard the job is, or even if you have a job, you get up and you go, and you do it again tomorrow, and you keep coming until you’re done, and then you sit and “dibs” out your parking spot until you die or move to Arizona, which is like a junior varsity version of dying for Chicagoans.

Last night I sat on my freezing cold back porch trying to process the Derrick Rose news. I tried to convince myself this means nothing for me, really. My brain is saying that this year’s Bulls team was doomed anyway with Joakim Noah playing hurt all year, and at least Tony Snell is finally getting some minutes. I’m reminding myself that I’m not even from here, that I am and should by all rights be a Wizards fan with a more detached view than most other Chicagoans of Derrick Rose and his struggles. I’m thinking also about how Coach Tom Thibodeau, through his demands, appears to be killing these men. But their lack of complaint about it is awe-inspiring, they’re like heartbreaking thoroughbreds trying to run on a broken leg, “I can still win, I can still win,” especially Rose, and even if this decade’s iteration of the Bulls aren’t going to win it all, ever, the struggle itself feels like it actually does mean something. To me and to Chicago, because maybe that struggle is Chicago.

I noticed that the top floor lighting of Chicago’s Hancock Tower, shining in the distance, was red. I assumed it was for Rose, although it’s just as likely, in this town, that the people deciding on things like tower color are, how shall I put this, “hockey fans.” I chose to believe it was for Rose, though, because I was the one doing the looking, and also it probably was.

Chicago is a strange place. It’s a uniquely industrious and singularly Midwestern middle finger, and living here exerts a pressure that over time grinds the sharp edges of its inhabitants into hairy round shapes which then can eventually keel over in a meat-clogged lump on some rec department field while chasing after a 16-inch softball. And it just keeps going, no matter what, every single day. It’s like a dog. It’s outwardly dumb and myopic, and it eats and drinks and shits on the rug and licks itself. As Derrick Rose should know by now, Chicago,  in its doggedness, doesn’t know any better than to love its family, constantly and excitedly, unencumbered by any concept of mortality. But also, crucially, as Rahm found out yesterday, this town will turn on you in a hurry if you try to kick it.

I love Chicago right now, and I am confident I will again later.