Your Kid Is A Murderer 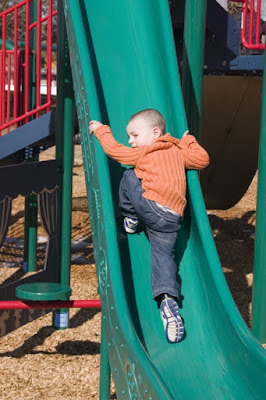 A 2015 study released by the American Psychological Association found strong link between children who go up the slide and future homicidal tendencies. The parents of over 200 prison inmates were surveyed concerning their incarcerated childrens’ park behavior.
Out of the 200 parents polled, 97% of them reported that they allowed their child to run up the slide. The other parents did not have parks in their neighborhood.
Other behaviors strongly associated with murderous tendencies included:
Posted by Ben Johnson at 9:07 AM