I Bought a Big Beer At the Grocery Store 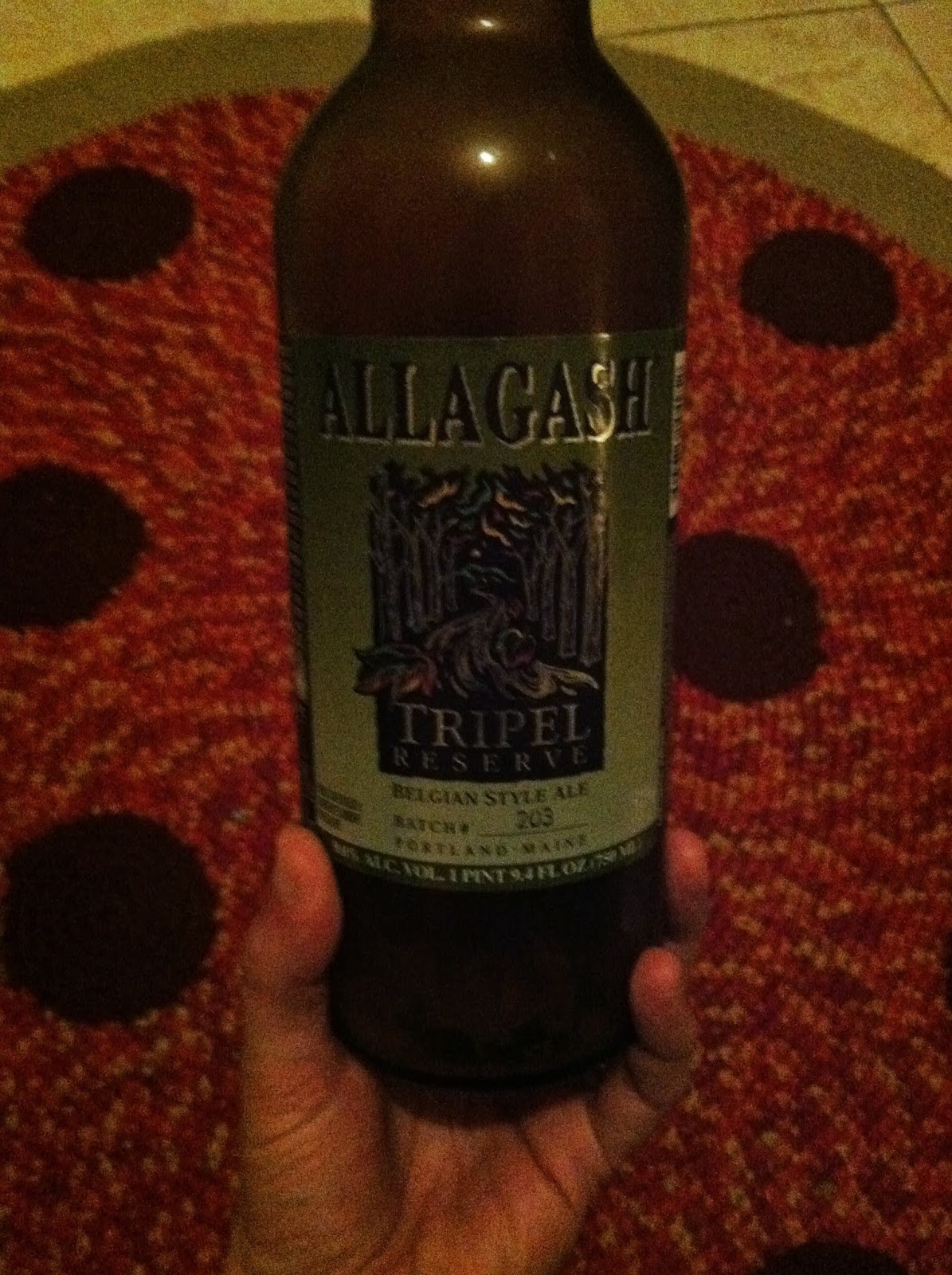 In the area of Brooklyn I live in (Crown Heights) there are two grocery stores near my apartment. One is right down the street, an estimated four minute walk, that is fairly easy breezy in terms of walking time and commitment, but basically only sells dusty cans of Goya beans and expired frozen taquitos and off brand chips, but then there's this other one (I can't remember the name of it, maybe I never knew it) that's a three or four block walk and this one has ALL the foods. Like any packaged food item you'd want, and even a deli. I don't know about you and your store luxuries, but for me, having access to a deli where you can buy pre-packaged cold pasta salads and chicken strips is a big deal. Like it's fun, you know? I went to this second grocery store today and got stuff like frozen fruits for these smoothies I like to make, and also a "big beer" to enjoy after all my work crap was done while I watched Game of Thrones. It's the little things, you know? What I want to say about this big beer I got is that I don't have much of a tolerance for booze, even though I literally drink every day, and pretty much buy beer on a "this label looks interesting" scale, and this big beer I got today did a number on me. That's it up there. Allagash. That's a thing, right? It was a big beer and I'm not even all the way done with it and I have soooooo much to say. And since this is the internet, and my girlfriend is at work, I'm gonna say it.

Remember that episode of A Different World where that one girl, not Denise, but another one, had to write a thing and got drunk and was like "ohhhhhhhh, I'm Hemingwayyyyyyy" and then read what she wrote the next day and was like "this is horse shit." Remember that? Well that's what this is right now. The internet is like that. It's just this black hole that anyone with a computer can dip their greasy face into and yell "I'M HAVING SO MANY THOUGHTS! CAN ANYBODY HEAR ME????!!!!!!"

In my planner for tomorrow I have written an idea for an actual post that I was gonna write which I had planned to title "The Majority of Things That Could Happen to You." This is one of the things that could happen to you. You could buy a big beer at the nice grocery store and then type out whatever thoughts come to your head. Five minutes ago I was smoking a cigarette in the kitchen, and now I'm writing this thing. That's how fast the news can happen.

I watch Game of Thrones and it's a good show. People on the internet have a lot of bullshit that's long to say about this show, but I don't read it and I don't care. I want to read all of the Game of Thrones books, but I'm too embarrassed to have them in my house, so I haven't bought them. I am 100% confident that I could have a dragon for a pet that I hatched from an egg and it would like me and respect me. Sometimes I read things that people write on the internet about Game of Thrones and know in my heart that I could beat them in a fight. One time my friend Kate and I wrestled during a kickball game in Chicago and she beat me, but I don't factor that in to the fact that I KNOW I could beat almost anyone in a fight, if I had to. Especially If I had some dragons. You gotta just be confident, you know? You can probably push me down, and you can probably make me bleed, but you'll have to KILL me to win. I almost wrote that in a business email once.

I don't understand what's going on with the moon. I have read bits and pieces about it online with the intent to learn all about it, but I don't know what's going on. I like the fact that we live in a current time where the words "BLOOD MOON" are popping up with frequency on the internet though. That's exciting. So yeah, I don't know what the blood moon is doing, but I do know that I feel fucking crazy.

People Who Write Things On the Internet:

One time I worked for a magazine and this little boy who I worked with would message me and tell me that I capitalized "of" or "the" in a title when I shouldn't have and try to make me feel bad about that and I'd read these things and think "hey, you don't tell me ANYTHING! I'm a GROWN ASS WOMAN!" People these days have these jobs and write things for the internet and you know what? You're not funny. I WILL fight you.

That's pretty much all I have to say. I was gonna say some more stuff about how I feel like I have this "burning bush of wildness" in my chest and just want to run off into the wild to live a life with some dogs or something, but I'm gonna go make a snack now.

Number of Blazers I Own:
- One