News Things: The Terror of a Shitty Shit Garbage Life 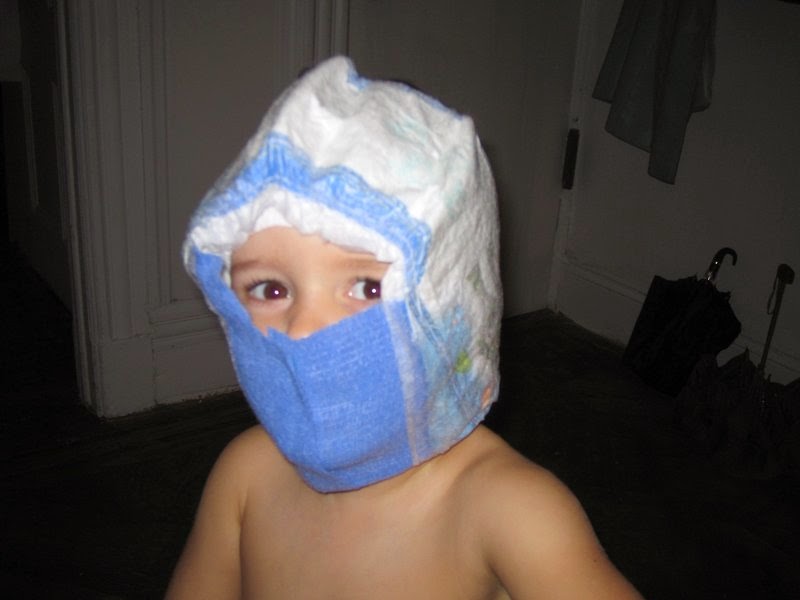 There are a lot of confusing choices offered to us in life. So many variations of pants. So many different bags of whole bean coffee. You can walk this way down the sidewalk, or you can walk that other way. You can wake up in the morning, shower, and go to work - or you can wake up in the morning, shower, go towards work, and then say "fuck this work." The options are limitless, but they all basically amount to the same two choices served up in different ways. Those choices are:

Which one are you having? And how can you tell? Well, that's a daunting task of onion peeling, but you can begin by asking yourself the following two questions:

1) Do I feel as though I'd be personally rewarded by the comfort found in standing in line for two hours to pet a cat that is more or less a prostitute cat?
2) Have I ever been dining alone and thought "this experience would be so much better if I had a large stuffed animal to share this table with me?"

There's a third question you could be asking yourself in order to suss out if you're having a shitty shit garbage life, or a life worth living, and that question is:

**Bonus Question**
What have I done? 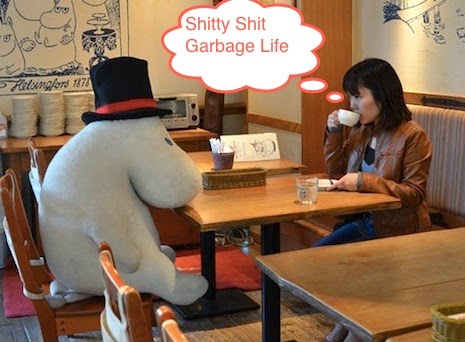 In Japan there is a cafe where if you are eating solo at a table, a member of the waitstaff will walk over and place a large, dead-eyed stuffed animal in the empty seat in front of you. Personally if this happened to me I would be out the door as soon as I concluded that, yup, they're meaning to bring a stuffed animal over here and make it watch me eat a hamburger. I'd feel that sort of fear felt when you can tell that a group of people are about to sing "Happy Birthday" to you. I'd feel that manner of nervous embarrassment felt when you say a funny thing out loud and say it in such a way where the person you said it to can tell you've been practicing the funny thing in your head for some time before you actually said it out loud. People seem to like it though. The stuffed animals. In Japan. People seem to prefer sitting across from a stuffed animal to sitting peacefully and eating a meal alone, and then leaving to do something else. This is not a phenomenon that is exclusive to Japan. Sure, we are mostly just learning about it now so it's easy to say "hahahaha, Oh, JAPAN!" But some people are thinking inside their heads "I would like this. I would like this to happen to me at the Burger King where I get my post self-defense class snack sometimes." The people who think this have just discovered (right now) or have felt it coming on for some time that they have a shitty shit garbage life. Don't want to eat a meal with a stuffed animal. Don't do that. What's WRONG with you? Stop it.

When I was in grade school I would, from time to time, eat my lunch in the bathroom. I would go into the bathroom, sit on the toilet, and eat my lunch while tapping my toes in a relaxed manner and staring at the closed stall door in front of me. I did not do this because I was sad and had no friends. I did not do this because I was hiding from a bully. I did this because sitting in a loud room of sweaty fart butts who smelled like Elmer's Glue and chewed with their mouths open while screaming nonsense at the same time made me sick. I preferred to quietly eat my bologna sandwich and then go outside and play tetherball. So:

1) Eating a meal in the bathroom would be better than eating it across from a large stuffed animal, unless you're a child, in which case it's mostly fine, but even then, not really.
2) Things also better than eating a meal across from a large stuffed animal: Literally anything, aside from being a serial killer, which you probably are if you want to do this. 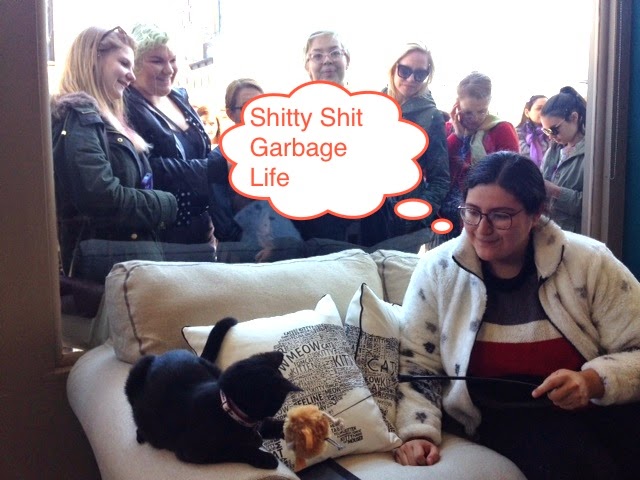 If you've never been, one thing to keep in mind about New York is that it's disgusting. Every surface of everything is slick with mucus, there is human feces and urine all around you, and there are rats, pigeons, and stray cats as far as the eye can see. Make no mistake, I love it here and gladly work VERY hard to hand over 98% of my money to do so.

If I were to get up and look outside my living room window right now, I would most likely make eye contact with upwards of three stray cats. There's a gang of about 20 of them on my street alone. A few of them only have one eye, one of them has a scabby infected stump where its tail used to be, and they are all completely covered in fleas, bed bugs, gum wrappers, used condom rings, and goo. Every time I see one of these cats I think "EW GROSS CAT GET AWAY FROM ME! GO!" I would never want to touch one of these cats, but if one got hit by a car or a delivery scooter I would use the side of my foot to push it into a cardboard box and then take it to the vet. This is what the cat situation is like in New York, and this is why I was surprised, (and yet not at all because everything is terrible if it ever can be), to learn that there is now a thing called the PurinaONE Cat Cafe where you can wait in a very long line outside to go into a room and touch a cat that does not belong to you, but that you have the option to adopt, but most likely won't. There is a livestream of all of this happening, which you can watch HERE if you want to ruin your day and get one step closer to having a shitty shit life.

A Facebook friend of mine wrote a thing about this Cat Cafe and said how it would be hard to shit on it because it's such a good thing on account of the cats being almost, but not in reality, saved from being put to sleep because no one wants them. I say it is absolutely prime picking for being shit on because looking through the window at a weirdo in a fleece vest rubbing a cat and then proceeding on to the thong store or whatever is the exact same as having a shitty shit life. You touched a cat. Good for you, shitty life haver. That cat hates you.

You know what would be an actually good thing in place of a room where you can touch a cat and then leave it there? A cat cafe where you  bring your cat that you own and love and take care of every single day and treat it to a delicious beverage while the two of you sit in peace and harmony and make fun of the idiots looking in at you from outside the window. My cat would be like "pfffft. You can't touch me. Go away please." And I'd be like "yeah."