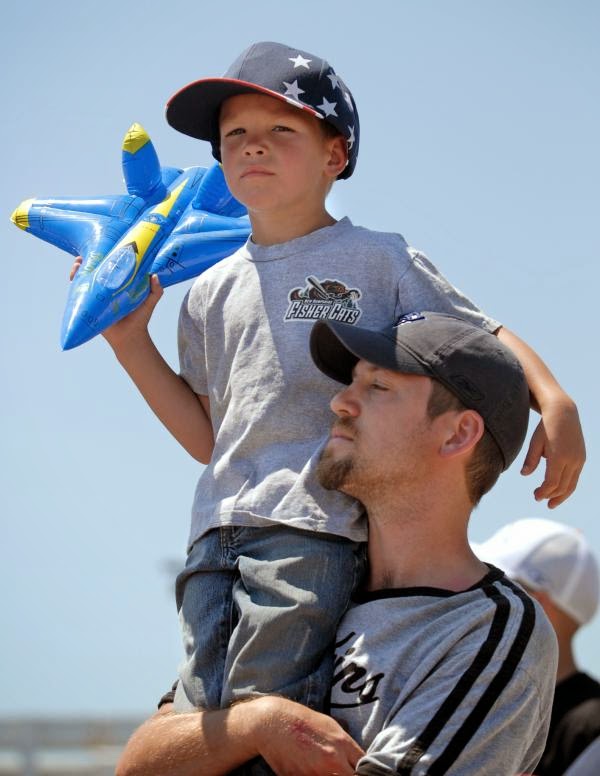 When I found out from this report via the Washington Post that the elite fighter pilots in the Navy’s Blue Angels acrobatic flight squadron kind of act like dickheads in the workplace, I could completely believe my eyes. You mean to tell me that the kind of dudes who would have dedicated their professional lives to the precision manipulation of some of the fastest, loudest, most expensive and dangerous machines humankind has ever constructed, are kind of maybe not that great to work with? I accept that faster than immediately. That is so earth-shatteringly plausible of a thing, it barely warrants mention. It’s like you’re telling me something I already know. You could say “FYI, there are actual human people who do THIS for a living” and I’d go “man, I bet those guys are DICKS,” and we’d be exactly in the same place we are now.

This USA Today report from 2011 says the Navy’s Blue Angels have recently cost taxpayers as much as $37 million a year. Do they make up that money in other ways, for instance in the ways they are intended to make it up, as a marketing tool for the U.S. Navy’s recruitment efforts, or as a presumptive public and visible deterrent of would-be military opponents? Probably not, although there’s no real way to measure those things.

Maybe within every recent Navy recruit, procured for our Government’s strategic use without need of conscription, there’s a small child staring at the sky with their mouth agape, and now here that grown child is, joining the Navy in a resistance-free fugue state which minimizes marketing expenses. I don’t know. I’ve never joined the Navy.

Maybe also the Blue Angels are the reason there’s no such thing as a Taliban Air Force. Maybe they got right up to the part where they were about to fly their jets toward a military target and then said, “No, wait guys, look at this YouTube of the U.S. Navy’s Blue Angels squadron, there’s no way we’re beating these guys in the manned jet plane dogfights it is totally our intention to engage in.” I don’t know if this happened or not. I’m not a member of the Taliban. I repeat: I AM NOT A MEMBER OF THE TALIBAN.

But very probably not, and in fact of course fucking not, both of those things. Conceptually, the Blue Angels are a $37 million dollar boondoggle. There is a 100% chance of this. The Blue Angels being a tactically pointless expenditure of the U.S. Government’s defense budget is as easy to accept as the fact that the Blue Angel pilots, themselves, probably act like a bunch of unruly, arrogant, sexist cockholes.

But the Blue Angels program is also responsible for jet planes that go whoosh and do loopty loops and then fly low over a football stadium, all together, in as small of a two-dimensional space for six flying airplanes as is humanly possible. The point of the Blue Angels is to be the Blue Angels, and they are that. Very much they are the Blue Angels. Crazy flying airplanes and the crazy flying airplanes guys in those airplanes. They go vroom because America. How much? All the much. Extensively, emphatically, needlessly: America. Our country is fucking awesome, and if you don’t believe us when we say it with our mouths, here’s an annual $37 million worth of dickheads in fighter jets, flying low enough to the ground for you to feel a rumbling in the deepest seams of your jorts (if you’re wearing jorts)((of course you’re wearing jorts)).

Something we know in this country, because we are the greatest country and therefore we thought of it, is that loud jet-powered airplanes flying precision maneuvers in an extraordinarily tight formation is cool. Between the 314 million or so of us, we can totally shell out $37 million a year for this. That’s, like, a dime per person per year. We totally got that. In fact, if you throw in a t-shirt, plenty of us will pay $20. People go crazy for t-shirts. You could even put like an Arby’s logo on it. We wouldn’t care. We just want our stupid loud ridiculous pointless fighter jets. They are awesome, America is awesome, therefore they are America. Done deal.

Am I defending these guys for acting like dickheads at work? Sexualizing the workplace, engaging in lewd conduct and inappropriate communication, ever, anywhere, but especially when that workplace is the Official United States Government of the country we live in? Of course I’m not. Am I blaming the victims for being there in the first place? No way. If you get a government job and it just so happens to be in the same office as the Blue Angels dudes, then you deserve for that not to suck as much as anybody else deserves to have a job not suck, which is, legally, some amount.

All I’m saying is that these guys, U.S. Government employees whose job it is to be highly skilled at a loudly and stupidly awesome activity which offers essentially no practical benefit to anybody, are probably the result of a complicated system of selection biases which renders them extremely likely to be complete dickheads. They probably don’t even think they’re dickheads. They probably think they’re “just blowing off steam,” but are “good guys at the end of the day,” because that’s exactly what dickheads think about themselves which allows them to be dickheads and continue as dickheads. This dickhead line of thought is the same as with business dickheads and politics dickheads and the dickheads in charge of every industry and organization you’ve ever been a part of. They’re in charge because they are or can tolerate dickheads, and they’re dickheads because they’re in charge.

Are the Blue Angels in charge? Of course they’re in charge. They’re flying six jets right at you and then they’re turning those jets, all at the same instant, at the last possible second. That’s their job. How much more in charge can you be? You, American, have a job too. Your job is to watch them be incredible, shit your pants because of how awesome they are at flying jet planes, and not narc on them for cheating on their wives or sending dick pics on a Government phone. It’s a horrible job, but nobody has to do it.