A Thing That Happened: Blackout 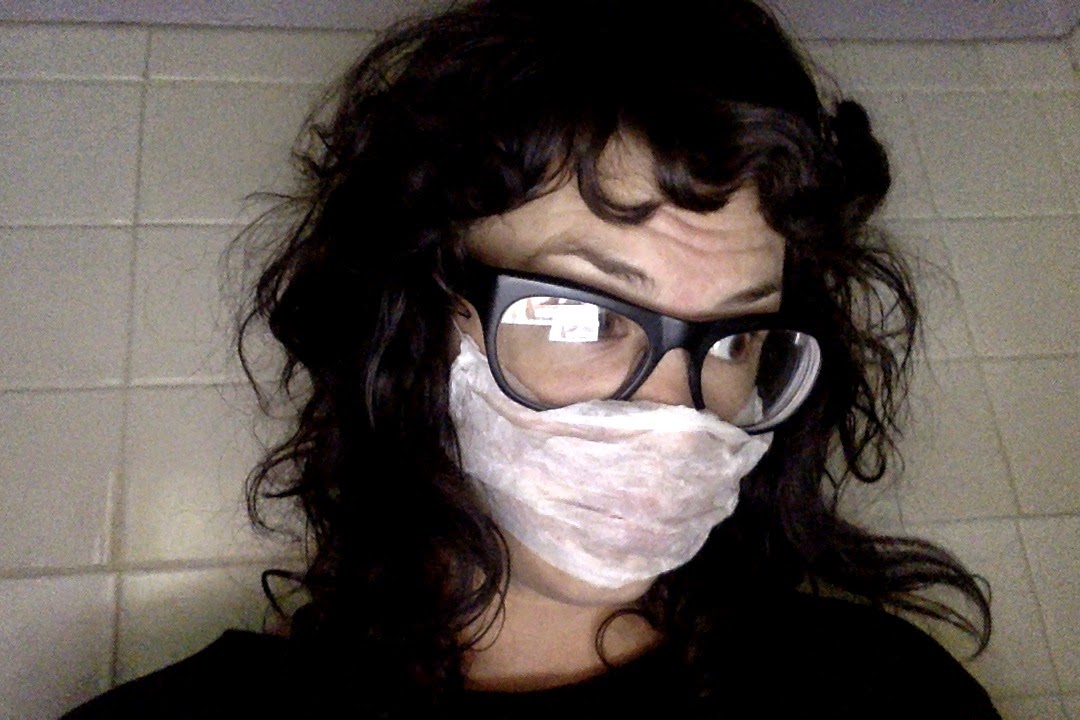 This year marks the fifth anniversary of Blackout, and the first for a major change in the rules. Traditionally one of the main scare tactics has been the fact that each person braving the 20-30 minute walkthrough has to do so alone, but now they're having people go through in groups of 4-6. Some of the super fans who have been going since the event's start five years ago have been expressing disappointment in the new group rule via Blackout's various social media platforms, and having gone through myself last night I have to agree with them. Feeling the sweaty, stomach clenching anxiety of having to walk through any unknown scenario by yourself is right out of the gate going to set things up to be scarier than they would if you had the option of grabbing on to your friend's, or a stranger's shirt (and last night I did both), while trying to communicate through your eyes, peeking up from the medical mask everyone is forced to wear, "What. The. Fuck?"

What Blackout does very well is craft an environment where you have very little option other than to be 50-75% more uncomfortable than you would normally be. I give that a realistic scale there because one person's take on comfort is going to differ drastically from another person's. If Connie Lou (fake name) who had just spent her afternoon sight-seeing in Times Square and sipping Pumpkin Spice Lattes at Starbucks found herself at Blackout on a whim, it's pretty safe to say that having a flimsy medical mask strapped to her face, and being lovingly embraced by a naked man covered in blood will be upsetting for her, scary even, but for someone like myself, I couldn't stifle the feeling of disappointment over the fact that this year I only saw ONE visible bloody wiener, whereas when I went two years ago, I saw at least two. I was also bummed that I didn't get singled out to be peed on in a dimly lit bathroom, or asked to suck a lady's bloody finger after she had just simulated masturbating, but not everyone can be a winner. At the end of the night I had to go home content that I had the opportunity to spit in a young man's open palm while calling him a "stupid bitch." I was asked to do this on command of course, and he was fine with it. I even went that extra step and apologized for not having a lot of spit in my mouth and only producing a small splooge of foam. Anxiety gives me cotton mouth I guess.

At this point I'm sure someone, having read this far, is still thinking to themselves: "I still don't know what this is." And that's kind of the point. The best part about Blackout, as with any other "this is supposed to be scary" thing is what you do to scare yourself leading up to actually go in, and all the way through. Standing in line to go in last night I was giving fish eye to every person who walked past me, convinced that they were in on it, and about to do something to me. What that something would be, I don't know, but something. My mind even took the possibilities further thinking of how it would be so easy to be kidnapped while waiting in line at this thing because if a dark van pulled up and a person yelled "get in!" you probably would, assuming it was part of the deal. When you're expecting to be scared everything is scary, even if nothing really is. And that's fun. At one point during the night last night we, as a group, were made to put headphones on and strain to hear barely audible instructions, and then told that at the end of a countdown, we were to crawl over the back of the couch we were sitting on, and proceed into the complete blackness beyond. As the countdown reached the end and my knee hit the back of the couch, about to go over, my stomach jumped. Anything that could of happened, or did happen, after that almost doesn't matter. I was so excited.

3) Going to the bathroom in Blackout before our group went in and accidentally peeing on my leg because I was rushing on account of being so sure that something bad was going to happen to me in that bathroom.