FYI: These People All Have Brain Damage 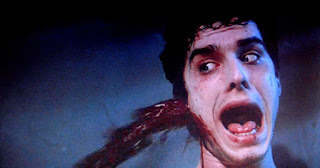 Hey guys, another NFL white guy said the N-word again, and he also said the “I’m gonna shit in your mouth” word, which is also not a great thing to say to a human. He, Richie Incognito, also said these things to a co-worker, which is extra bad, and he said them on a voicemail recording, which is… quite bad. The whole thing is bad.

So, you know, it’s like when a guy on the bus also uses that word and says that thing about shitting in your mouth. You just go “oh great, this is the wrong bus to be on today,” and you put in your earphones and scooch away from the guy.

Some internet sports people are talking about how there was a failure of leadership in the Miami Dolphins organization, which allowed this behavior to occur in the first place. This is stupid. How do you leadership your way around crazy? "Hey man, some of us other fellas were talking, and we think you should stop having brain damage." I think the Miami Dolphins leadership adopted a “that guy is CRAZY, I’m going to scooch away from him” stance. And when they saw that Incognito had zeroed his brain damaged crazy onto rookie tackle Jonathan Martin, they also added a “sucks to be that guy.”

Have you ever been on a bus with a crazy guy and there’s some 23 year old suburban liberal arts degree hero who thinks “I can save this situation if I just treat this person like a human being,” and the resultant total naiveté-to-crazy Google translate interaction is actually more annoying than just sitting there with one insane person who’s compulsively yelling ethnic slurs? That's what these jabberers are advocating. If only some person with a "C" on their chest who is good at leading a football team on a football field but is otherwise totally unqualified to deal with mental illness and/or brain damage had stepped in and talked some sense into that urine-soaked homeless man, we wouldn't be in this mess.

What probably needed to happen but didn't happen is somebody needed to say "hey, just FYI, Richie's chronic brain damage is acting up, maybe somebody who knows anything about that should take a look at the guy and try to help him out," and a person on the other end of that conversation needed to A. exist, and B. take care of it. But there was no such conversation and no such person and no such taking care of it. Because Richie Incognito is large and plays football for a living, and that is an aggressive thing to do with your time, and it probably causes brain damage to an extent so prevalent that such behavior is par for the course most of the time in the NFL. So the people in the Dolphins organization probably responded like, "Mental note: a lot of these brain damaged guys suck, but Richie sucks extra."

Also, keep in mind, most of the other people on the bus also have brain damage. They’re just barely keeping it together. It’s not like a normal workplace, where the people with brain damage have the decency to hide it until after work, where they then relax and say that one weird thing at the bar and you’re like, “Tom is a weird dude and I am not going to be friends with him in my real life.” This is different because it’s a millionaires with total brain damage all the time situation.
The end.

@itisbenjo
Posted by Ben Johnson at 11:29 AM