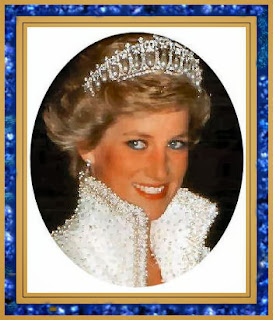 So we walk into class and after Manny who sat next to me got done telling me about all the acid he took at Ozzfest our teacher walks in with the unmistakably haggard eyes of someone who’s just recently been crying long and hard. She looked pretty torn up, and she began talking to us immediately about Princess Di and all she had meant to my teacher not just on this day, but throughout her entire life. Di was magic. End of discussion. Sure there were other Princesses but they were clowns and stood for nothing. Diana was different. And to have her taken away? Just like that? Out of nowhere? For no reason? No sir. No deal. Anyway, I stopped listening pretty early on and began thinking instead about the fact that my teacher was an adult woman who was completely devastated by the death of a beautiful princess thousands of miles away. It was clear we weren’t going to spend any time learning about history today.

I began to think about what could have possibly made my teacher so upset. It was tragic and everything, but this went far beyond Diana. I began to think that maybe it wasn’t Princess Di that was charred beyond recognition in that fiery car crash, but instead the part of my teacher that still held on to the hope that one day she might be a princess too. I imagined she’d had her share of non-royal moments. Unsuccessful romantic encounters with Rick at Houlihan’s in Oakbrook, where he’d regale her with stories about how many people’s asses he’s beat and how he once got away with charging someone $2,000 for tires. But all those depressing nights were okay because one day she’d live in a big castle with a white horse far away from this complicated place and everything would be perfect. But not anymore. Now there was nothing left but this town and her mother and other people’s weddings and hot baths and all of these freshman and their farts and stacks of papers and this town and her mother and Rick and it definitely wasn’t supposed to be this way.

How could any of these retards possibly understand Diana and all that she’d meant to her, to millions? She watches these bastards in the hallways every day and they behave like animals. Di was beautiful, sure. Any idiot could see that. But it wasn’t just about the glamour. It was about the philanthropy. It was about her work with children. It wasn’t just about the big underpants. Couldn’t these idiots get that through their thick skulls? Jesus Christ! Let’s be honest. Diana was out of Prince Charles’ league and everyone knew it. Yet she stuck by him even after he cheated on her because she’s a princess and all class. It wasn’t so different from her experience with Rick and that girl from the Olive Garden, when you really thought about it. Quite simply, Diana understood. She understood because she had been there herself. And now this??

She started thinking about all this in the car and despite her best efforts she began to sob. She tried her best not to, but she couldn’t help it. She sobbed in short, spastic bursts that shook her whole body and throttled her torso. After she decided it was useless to try and control it any longer she let it rip for a solid twenty minutes and afterwards she didn’t feel any better, she just felt empty. Maybe it was silly to think she might end up a princess one day. After all, this wasn’t a story book and it wasn’t a movie. It was real life and in real life some girls were trash who hung out at the Olive Garden. In real life people’s mothers got dementia and people lied to other people at Houlihan’s. Maybe it was just that never in her wildest dreams did she imagine it would be this hard.

What was the world’s problem? She had a good job, was still young by anyone’s standards, and her body was a B, maybe even a B+. Perhaps the right thing to do was to forgive Rick and give things another shot, to really try and do things the right way this time. Only she had been trying to do them the right way all along, surprising him with Blackhawks tickets and pretending to be interested in the game and then he shows up wasted to her family’s house on Easter? No sir. No deal. That was some fucked up unforgivable shit, and it happened before the whole Olive Garden nightmare.

All of her friends seemed to be pairing off these days. Even Joan had found someone, and Joan’s face was busted and her body was a joke. It didn’t seem fair. Her own body was a B, maybe even a B+. Just last week Joan came over to her apartment and ate all the food like a goddamn monster. Princess Di ate like a lady and everyone knew it, not like Joan. It’s not like she didn’t have other options. Richard from the psychology department had gone on record as saying he thought she was quite a dish. But one time at a faculty party she watched him eat an entire ice cream cone and it made her uncomfortable sexually.

Late at night, after her bath she would imagine a new life for herself far, far away. She imagined Diana approaching her at a posh, high society London party. At first, she’s too nervous to talk and can’t even look Diana in the eyes. Eventually, she manages to ask the Princess “What...What even is this place?” to which the Princess smiles and simply responds “I’ve always said the best remedy for a broken heart is A.G.S. ...Always Go Shopping!” They laugh.

And now here she was. Pouring her heart out to a room full of fifteen year olds. She watched them in the hallways every day. Spitting and farting on each other. Slapping each others asses. Dry humping all over the lockers. There’s no way they were into Diana as much as she was but they damn sure weren’t getting out of this classroom without an appreciation of what a special Princess she was. Elton John, the greatest songwriter who ever lived, wrote a song just for Diana, didn’t that count for anything?

The good news was now that she had been talking to them for awhile she knew she had their undivided attention. For once, and it took something like an international tragedy for it to happen. What was the world coming to? Still, it was good to check in with them on such a human level. Despite the ghastly circumstances, it was a welcomed change of pace. Even Manny was paying attention, and he was usually high. She noticed Manny slowly raising his hand and that never happened. Maybe she had finally gotten through to him. Maybe he hadn’t been able to sleep lately either. Maybe Diana’s amazing journey had struck a chord with him and he finally felt like participating. It wasn’t impossible. He had wide, expressive eyes and it wasn’t out of the realm of possibility that he might possess real intelligence. Probably best to call on him now, who knows the next time he’ll volunteer?

Manny looked down at his desk and gradually began to speak.

“Yeah...um, do you ever pretend your pillow is Princess Di and, you know, fuck it?”