A Thank You to Scared Internet Dipshits 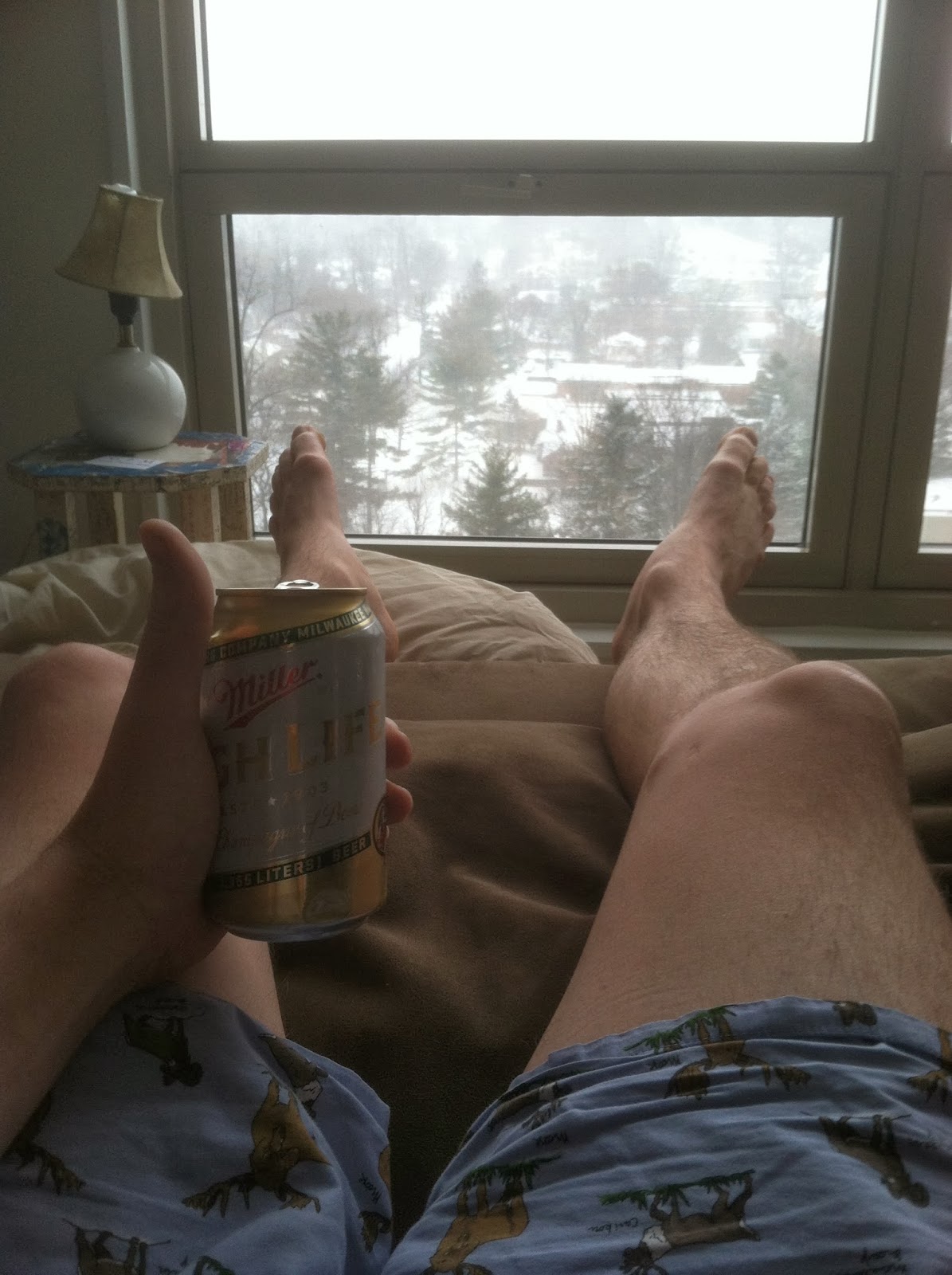 I am currently sitting on my couch in my underwear drinking a high life and watching the snow fall. It is 12:53pm on a weekday, and I would just like to say thank you to all the dumbfuck reactionary internet crazies who made this happen.

I grew up and live in the state of Maryland, in which internet crazies have been unnecessarily canceling school and hoarding eggs and milk at every hint of snow long before the internet. You sometimes had to wait as much as 90 seconds for the ticker at the bottom of the local morning news screen to come back around to your school district to tell you that those awesome pussies had called it again today.

Sometimes it was for just a dusting of snow. Other times it was for a little sprinkling of freezing rain. They were so scared of freezing rain that a few times they even closed school because it rained regular unfreezing rain that looked the night before like it might turn into freezing rain through their ohshitohshitohshit-colored-lense weather telescopes. Kids in towns that were somehow equipped to handle their average annual snowfall had to trudge off through actual feet of actual snow to get to fraction-learning town, but we got to stay home and play the fart-on-you-on-the-couch game all day long because it fucking RAINED.

Every year the internet makes this headline bloating and snowpocalypse fear mongering worse. Every year it gets better. Who doesn't enjoy a good laugh at all the god-bless-em idiots that run quick to the grocery store to buy things they don't need because they apparently forgot what happens when it snows? The internet is inventing new terms like "polar vortex" which are on purpose making them think that the thing from The Day After Tomorrow is going to happen and wolves are going to escape from the Central Park Zoo and attack them while they try to hide in a boat. Tomorrows forecast: freezing death with a chance of wolf attack death, or, it's gonna be cold and maybe pretty snowy.

So, my office closed early today. My office closes whenever the Circuit Court of Montgomery County closes. My bosses probably chose this particular court because they are no dummies and it is apparently the only establishment in suburban DC that has any snowballs. Typically all the schools close, and every other court in the area closes, but we still have to come to work. I hate it, but it makes sense because there is work to be done and we are the ones who are being paid to do it, and there is not actually anything stopping us from doing it.

Everyone else at my office is used to it. The world freaks out, it maybe does even snow or ice a little bit, but you get up and you read the facebook posts about all the assholes and their cats that got snow days and then you go to work. It gets a lot easier once you realize that you have to every time no matter what the internet says. It really is just snow, you guys.

Today it is actually snowing a decent but plausibly workable amount, and even my don't-cold-on-me-and-tell-me-it's-wolfing bosses had to give up and let us go home. I think they based this on a certain unspoken equation where X equals the number of other places that closed, Y equals the amount it is actually snowing/dangerous out there, and Z equals the ah fuck it the bosses could use a day off too sometimes. Regardless of what their thinking was, the reactionary internet dumbfucks out there had something to do with it.

From my spot on this couch on a work day, it looks like maybe the internet dumbfucks got this one so right they are actually internet dumbfuck geniuses. I have to think at some point there was a collective agreement that hey, if we all keep talking about how bad it is going to be out there, maybe our bosses will let us sit this one out. The internet death warnings get posted, the TV ratings soar, and the news anchor tells you to go stock up on essentials because 'it looks like the whole city will be shut down tomorrow' and then winks at you.

I'm gonna go ahead and wink back at them, and then maybe take a nap. God bless the system.

Pete Johnson is the brother of Total Bozo founder Ben Johnson. He has gross feet.