You're Weird. That Thing You're Telling Me About is Weird. Life is Terrifying. 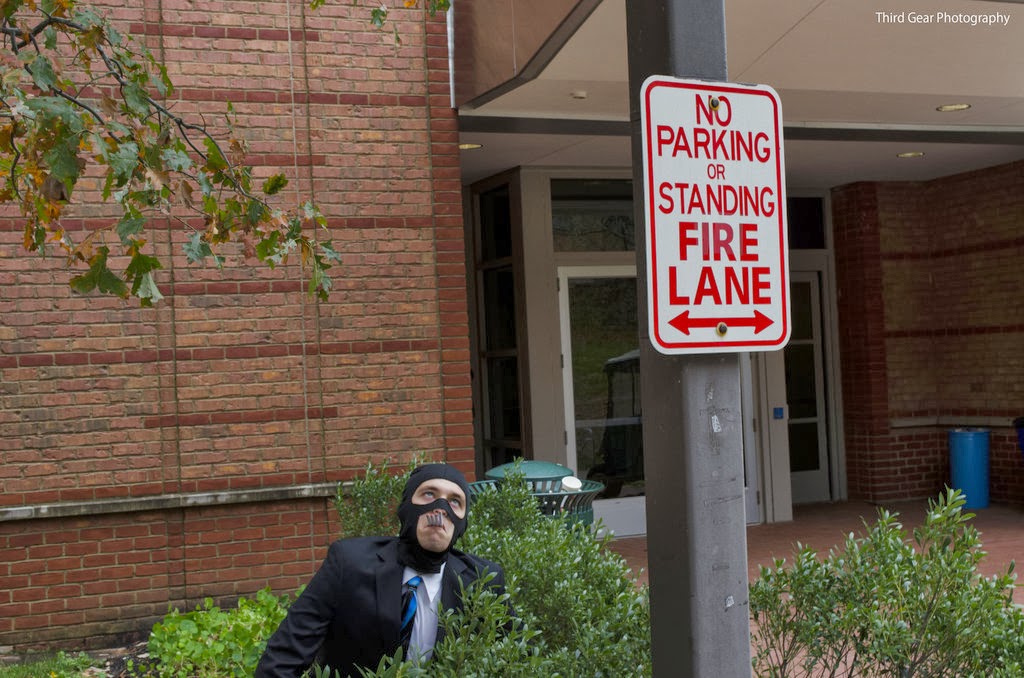 Historically speaking, whenever I find myself in a situation where a person responds to something I've just said or shown with "that's weird," my standard response is: "No weirder than anything else." This can be said in a variety of ways, but its intended meaning is always the same. It can be said very calmly and smoothly, with a set pulse and a friendly shrug like "we're in this together, but you're actually wrong." Or it could be said with a tense smile and watery eyes, shaky voiced like "I thought I could relate to you. I cannot. I am all alone in this world." It can also be said in a semi-hostile way when it's directed towards a room of people who have just been presented with an idea or found object from the soup of the world we share and have collectively responded to it with the understanding that you make no sense, and the thing you have just expressed/shown is unlike anything they've ever been presented with before. They are right. You are weird and wrong.

You: "No weirder than anything else."
You For Real: "I am going to cry for the rest of my life because I am not a part of any of this. I cannot communicate with you. The confused look on your face makes me want to throw up. I am alone. I always will be. Being not alone only proves this over and over and over. Please God just stop trying to talk to me. Stop looking at me. Look over there."

A lot of things in life are actually weird. Not going to the dentist when your tooth hurts and you have insurance, or cash outright to pay for it, is weird. Just go. Why wouldn't you go? To not go is weird when going will make things so much better.  Leaving the house without pants on would be weird. You have pants. It's actually more comfortable to wear pants than not wear pants when you're in public because you won't draw attention to your private areas in a not nice way. Don't be a kook. Just wear pants. Taking a seat in a crowded subway car and bursting into song is weird. Why are you doing that? There is no singing competition taking place right now. No one has asked you to do this. No one is making a face like they want you to keep doing this. Stop singing. That's weird.

But also, you know, many many things are NOT weird. Safe to say MOST things aren't weird. Who can say though? Banana is a pretty weird word. Where did it come from? Why does "banana" mean banana and not a clicking noise or a hand gesture? Weird. Not really.

Let's say you make your living working in a creative field, and although you are a clean, well-paid, well-educated member of society who can, for the most part blend into the walls, almost every action you make - seems weird to people. That would be very upsetting. Upsetting because people who work in creative fields, or work in a field where it's their job to receive things sent over by creative people of a creative nature, or work in a field where they're supposed to catch something you pitch to them, should have a familiarity with things. All sorts of things. Thus narrowing down the potential for things to be strange. See this thing in my hand. Keep your eye on it. Are you out there in that field? Step back a little. Ready? Okay, I'm gonna throw this. Catch it. Catch it! No, you gotta put your hand out. Anticipate where it's gonna land and then ... nevermind.

I have seen a lot of things, way less things than a lot of people, but there's not a whole lot that I would find weird. And actually, if I come across something and think "weird," I find that feeling to be exciting, rather than horrifying or confusing. I pretty much see the same things every day. There's a cat. There's my toothbrush. Looking at this computer screen. No major surprises there. If one morning I turned on my computer monitor and instead of seeing the Google homepage waiting there for me to launch my brain into an 8-hour day of internet bullshittery, I saw a vivid, undulating vortex humming with the unspoken understanding that I was supposed to push my head inside it. That would really be new! I would think "now here is something new!" Or if maybe someday I went down to check the mail and instead of finding a past due bill and the latest issue of Dwell Magazine I discovered that someone had mailed me a plastic Play-Doh canister filled with blood. I would feel exhilarated. I would text my girlfriend about it. I would write a blog about it, tweet it, Facebook it, and talk about it fairly regularly for years. I'd never stop talking about the day I got a plastic container of blood in the mail. It would pretty much change my life.

If someone signs off on an email with "Boomshakalaka" instead of "cheers" and you think that's weird (for starters) you need to live more of your life and experience more things. But then again, signing off on an email with "cheers" is pretty fucking weird. It is a KNOWN rule that the only time it's okay to say cheers in any setting or situation is when you have a drink in your hand. This isn't my rule. This is the universe's rule.

Other weird things: Using text size and bolding in emails as a way of yelling at someone, forwarding business emails to other people as a way of getting someone "in trouble," overly enthusiastic sentiments about a very boring thing, not thinking the word "butthole" is funny, so many more things, but then not really actually.

Last night I watched a movie about people who had escaped from a Mormon cult of some kind. By which I mean, they escaped from Mormonism. The main people the movie followed were teenage boys and the minute they were out of the Mormonism and free to do whatever they wanted, they immediately bleached their hair a pissy orange/yellow color, and got baseball hats. This was what they wanted to do right away. One boy didn't know the words to the song "Rudolph the Red Nosed Reindeer," and another boy didn't know the difference between Hitler and Bill Clinton. To these boys seeing and thinking almost anything would be weird because they haven't seen or thought very much. So yeah, I guess that's what I'm trying to say.