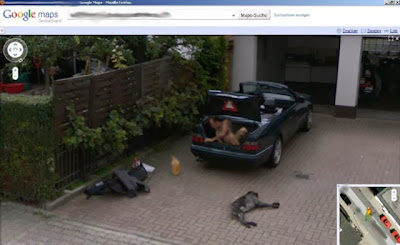 I do most things wrong. Kind of on purpose. It’s great. People hate it when you do things wrong. They go “oh man, that guy is doing everything wrong, I don’t want to be like that,” and then they leave you alone. It can get lonely and boring, but if you take the long view, loneliness is the ultimate narcissism and boredom is the ultimate luxury. So doing things wrong all the time is the closest most of us will get to functionally becoming Kanye West. You don’t need millions. You can just hone your own brand of luxuriant narcissism. You can do things wrong.

I like it when everything is super inconvenient. Like if I have to walk a mile through frozen sludge to get somewhere I don’t want to be. Like if a bus I’ve decided not to take rolls past and splashes a waterfall of subzero shitwater down my neck and I have to trudge the rest of the way in sodden moccasins. I am wearing moccasins simply because they were the stupidest possible footwear option for this weather. I am on my way to get a MRSA infection from an unnecessary root canal at a disreputable dentist whose office is located in an unnamed neighborhood for the moment best described as Illegally Zoned Cambodian Village. Everything about me is wrong. I am fully alive, a human alone in the world, and I am soaked to the bone in the knowledge of it.

I like music. I buy it. Wrong. On LP, which is aesthetically correct, but: I listen to my records. If I don’t have something on a record or if I am not near a record player with that record that I own because I bought it, I’m probably not going to listen to that particular music. Or: I have an iPod (wrong). It has songs on it that are real files that I really own (wrong). I downloaded them, mostly from illegitimate sources, mostly for free (wrong), although there are some I paid for on iTunes (also wrong) because I liked a song on the radio (wrong) and Shazam’d it (wrong) and then bought it. I think of my iPod as a mobile research lab of what (usually expensive and out-of-print) records I want to buy (with money) (this is wrong). I have heard of Spotify and Pandora and those things. I do not use them even though they might be good for me to use. Why? Because I do not.

I will put off, for years, listening to things I know with certainty that I will love. In some cases I love the album already but don’t want to spend more than four dollars on it because I don’t see the point in paying a totally fair price for something I will enjoy. I wait for these things to be less than four dollars. In the meantime, I waste my money and time on things I know I will not like. I own four Stereolab albums and would absolutely be interested in owning more. Even though I fucking hate Stereolab. Every single time I have ever listened to Stereolab I’ve developed an itch on the inside of my spine which can only be alleviated by not listening to Stereolab as soon as possible. I am, apparently, eagerly awaiting a reality where this is not the case. I have four Stereolab albums and zero Motorhead albums. Even though Motorhead fucking rips. I am doing it ALL WRONG.

I don’t just do it wrong a little. I do it all wrong. I don’t discriminate. I’m wrong for everybody. I start, inwardly, by owning four overpriced Stereolab albums on LP that I only listen to on a turntable when I’m in the mood to be irritated by French soft rock played on out of tune vacuum cleaners. I make sure I also have that iPod, though. And I make sure that iPod somehow, without my knowing until it happens to me in a situation where I can’t take my gloves off, has got some Nelly Furtado on it. Representing a Nelly Furtado song that I own on the mp3 format. On my computer and backed up on a hard drive in case my computer dies and I’m cut off from my Nelly Furtado supply. But also: I download every song ever recorded by patently unlistenable pretentious avant-garde Australian noise pioneers Primitive Calculators just to balance out the Nelly Furtado. Just to be awful on all sides. I have to always not like everything that I make happen to myself. I follow Primitive Calculators with Steely Dan’s “Barrytown.” I constantly, purposefully, dick myself over from both sides, and from the middle too. I do this, begrudgingly, until I don’t even know who I am or what I like and I’m ready for a lifetime of silence instead of any music ever again. That’s my taste in music. I’m into R&P. Ruined and pointless.

I have to remain vigilant. Computers and the internet will try to fix me. They are going to streamline everything I want directly at me and milk me of my cash every day until I die. I don’t let them. Step one: do not have money. I don’t make any fucking money. Ever. Never have money. If I'm ever in danger of having money, I ask myself, “Do I have money to pay for the things I want?” If the answer is “yes,” DO NOT. Step two is only pay for things I don’t want or don’t like or don’t need. Throw them off the scent. Buy four Stereolab albums. Get a Cinnabon I end up throwing in the garbage. Buy a Groupon for an Ethiopian Restaurant. Let it expire. Tell no one. Through this and countless other transactions like it, I donate my money to the equivalent of a for-profit Ethiopian Restaurant while making sure the equivalent of Groupon gets a cut. I am late on rent and electricity and gas. I am scraping together my last remaining pennies to eat diectly out of generic cans of beans every month while also spending $3.99 to instantly watch the first four minutes of Jingle All The Way on my Bluetooth-enabled mobile device. The bills run me an average of $126.

I try to do some things right. This is also wrong. I have what I consider an informed opinion about my preference of $12 hamburgers. I intend to read a Malcolm Gladwell book so I can either agree or disagree with everything in it and tell people how great/lousy it is, but I will never get around to it, but I want to. I go to Target on the weekend. I text while driving. I buy my Dad a Kindle and insist on showing him all the features, and then I ask him for money. I decide only to listen to pre war jazz for a month straight. I give up after four minutes. I sit in front of the TV all day long watching three consecutive sporting events between poorly matched teams where the outcome is never once in doubt because I “need this time.” I make a new year’s resolution to keep up with NASCAR or MMA but my heart isn’t in it. I tweet about the cognitive dissonance in a Taco Bell commercial and get upset when nobody retweets because I think I am good at tweeting. I “like” my own comments. I buy expired toothpaste in bulk at a flea market in the parking lot of a minor league hockey arena. I am, in theory, saving my money so I can buy the wrong house. I zig when I should zag, but also zig when people expect me to zig, often enough so they won’t think I’m interesting. I am playing Angry Birds and I am not letting you have my seat on the train unless I do in which case I will feel entitled to national hero treatment for the rest of the day.

Every day, all the time, no matter what, I am wrong. I do everything wrong. I strive to be nobody’s anything. I am a person all alone in the world solving nothing. I ruin everything. I split my time evenly between not trying to improve myself or my conditions or my world and trying too hard to be something I am not. I take when I should give and give when I should take. I allow my emotions to dictate my entire life’s philosophy, and I let both change all the time. I think for myself with other people’s contradictory thoughts. I never say a word unless it’s way too much information. I enjoy a moderately priced meal and a light chat with friends before going to bed at 11pm while wishing I could rage all night on hard drugs at a magazine launch party I’m DJing in Cairo while simultaneously feeding and clothing and educating and nourishing and lovingly raising my own nonexistent daughter in suburban Baltimore. I am incorrect. I am taking what I can, incorrectly, and I know it and I am better for that or so I’d prefer to think (wrong).