Do Not Read Total Bozo Magazine 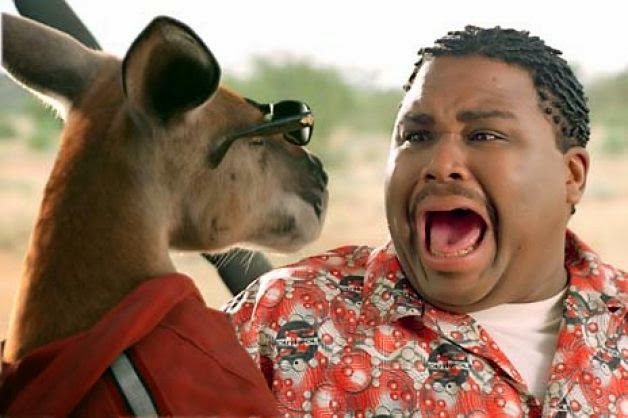 We do not have any pictures of kangaroos with sunglasses. We do not know or care about the top 18 worst ways to wear a bra. Doctors don’t hate us. We will not do anything next that will blow your mind or leave you speechless or make you cry or, probably, surprise you at all.

We are ashamed of our own opinions most of the time.

Say something happens, in the news, a news thing. Do we have an opinion? Yeah, probably, if we force ourselves to. Probably that news thing is indicative of a larger trend which maybe we hadn’t considered. Maybe that news thing really means something other than what most people think it means and the only way to understand it is to think outside of the box. Definitely the news thing that happened “really means” something. It’s got to, right? We can’t be all alone, floating out in the cold uncaring universe, just having news things happen to us without any reason or meaning. No. Not that. So we can force ourselves to have an opinion if we sometimes give in to the crushing lonely frightened need to have an opinion.

Except Paul Walker. Paul Walker died exclusively on Twitter. As far as we have experienced it, there is no such reality as Paul Walker, only “that face man from that movie.” He was a real human to some people somewhere. We have respect for that, but we are not involved in it. What if Paul Walker’s daughter one day read this? We would hope she understood. Her father is her father, but to us he is like how the guy from Counting Crows is to her: a guy from a thing you know about, and that is our limit. It is sad, that we can’t all be and know and care about each other, but it is true, and it’s not the cruelest truth there is.

This is the only thing we have ever written or thought about Paul Walker. He died four months ago, which is 400,000 Twitter years. This the speed and tone and necessity of our “take” on Paul Walker, recently dead famous movie face talking man, a man who died exactly the way the rest of us will: eventually. This is about what you can expect from us. We have a feeling it is not helpful to you and we’re sorry about that. Like we said: we are ashamed.

We’ve given you no reason to click on us.

We can’t think of one reason why anybody would ever want to click on us. Our minds are completely boggled about this. Bloggled, even. Oh man. That’s kind of funny. “Mindbloggling.” Has that been a joke before now? Of course it has. Ugh. Oh man, this just turned into the worst thing ever. This paragraph is like when you get a Facebook invite to go to a Star Trek-themed improv show, and because there is a red number in your update panel, you click on it and you see it and for even an instant of your life you are looking at it, and you think “one of my biggest failings as a person is living my life in such a way that it includes this moment in it.” That’s how bad of a joke phrase “mindbloggling” is. And we did it. We re-did it. We’ve kept it alive. We are deeply, deeply ashamed.

We have given several good reasons not to ever click on us.

We have been boring, and cynical, and pointless, and dated, and not nearly as funny as we clearly think we are, and fatalistic and negative, and outrageously self-indulgent, and probably also sexist and racist and Marxist and whateverist elseist you hate mostist. We’ve been nothing. We have literally been less than nothing. We’ve seen the numbers. They aren’t good. To use the word “outrageous” to describe how self-indulgent we’ve been is laughable. We’ve outraged nobody. We’d say we’re so small time as to be incapable of producing even mild  concern, but certain highly paid legal teams out in the actual world, which kills us, have disagreed with that. The only reason we can think of why anybody’s ever clicked on us is because we might be made to owe them money. The rest of it, to the rare extent that it’s ever happened, baffles us.

You people are nuts.

What are you doing with your life, reading us? Stop it. Please don’t read us. You’re better than that. You should write something for us. Or you should stop reading anything ever and go do something. You should flush your smart phone down the toilet you are currently sitting on.

We love you, and that’s why we want more for you.

Anyway, it’s been a year. Thanks for it, if you exist, which probably you don’t. But still. Thanks for being a thing of our imagination. We need it. We are troubled and we are stupid, and we don’t blame you for not existing. But if you don’t mind, we’re going to keep pretending you do exist, and we’re going to keep on being Total Bozos for no reason.