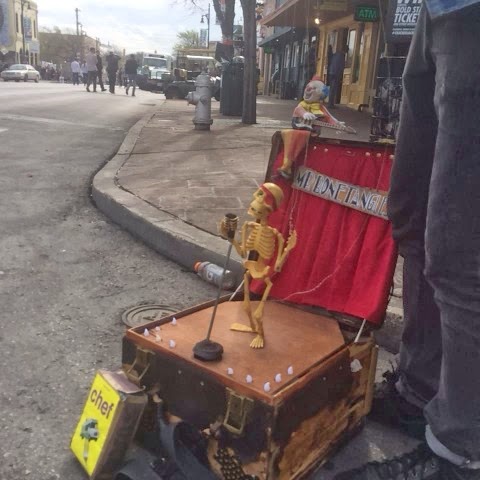 Welcome back from SXSW everybody!!! We sure did do a thing, didn't we?? Most people who attended this year's music festival (conference?) got back Sunday, but I got back Monday at around 1AM because my plane home from Austin came in at the New Jersey Airport, which means nothing, and my cab home took one million hours and cost $100 because I had to teach the cab driver how to get to Brooklyn. Which also means nothing. What means EVERYTHING is the fact that I found that image up there at the top of the page by Googling the words "SXSW 2014 Vomit Garbage."

The situation laid out before us up there in that picture is a thing that actually happened in Austin last week and sums things up pretty well. What this is is a guy standing next to some sort of steampunky suitcase stage he must have spent at least one hour making, upon which he dangled a tip tapping skeleton puppet with an eye patch while a nearby boombox played Bob Dylan. No body was really standing by him watching this, but I walked by and looked long enough to think "Huh. There's that thing." He was operating the skeleton puppet in a really slow, un-energized way that I can not fault him for. He was probably exhausted. Everyone at SXSW feels this way. Like an exhausted person holding a goofy looking puppet while trying to act like they like doing that. No matter what you're occupied with, no matter what you're there for, no matter how carefully you packed whatever t-shirts you thought would help communicate "I feel fine. I love this" to people, you're going to feel anywhere between 20% and 100% shit during SXSW. But you'll definitely be back next year because SXSW is similar to the Army Reserves in that you got yourself into this, and no one is going to feel bad for you bitching about leaving for a week out of the year to belly crawl through cigarette butts and beer cans to hone your skills as a, whatever it is you're training to be. You could easily be doing something else. Most people are doing something else.

This SXSW was the first one in a long time where I did not have to act like I intended to write about bands. It's widely known by those who attend SXSW that one of the hardest things about it is the seeing of actual bands part, even though that's definitely what you're supposed to be wanting to do there. For those who haven't been, it's easy to imagine the layout of SXSW by conjuring up a mental movie set on two or three streets lined with bars that all contain bands playing music, but you don't really go in any of them because there are hordes of zombies between you and the bars, and you're also really busy charging your phone and trying to find that other thing at that other place. From time to time people will ask you "what are looking forward to seeing this week," and you can just open your mouth and say any random combination of words.

Being asked about music things and then just basically lying or saying whatever comes to your mind is a natural thing to do. A few weeks ago my new gynocologist was wrist deep inside me when he decided to ask what music I'd been enjoying lately and without skipping a beat I said "I've been listening to a lot of country music," which is a thing that was not at all true in any way.

Even though I didn't really see any bands at SXSW, I saw some stuff. I'm glad I saw this stuff: 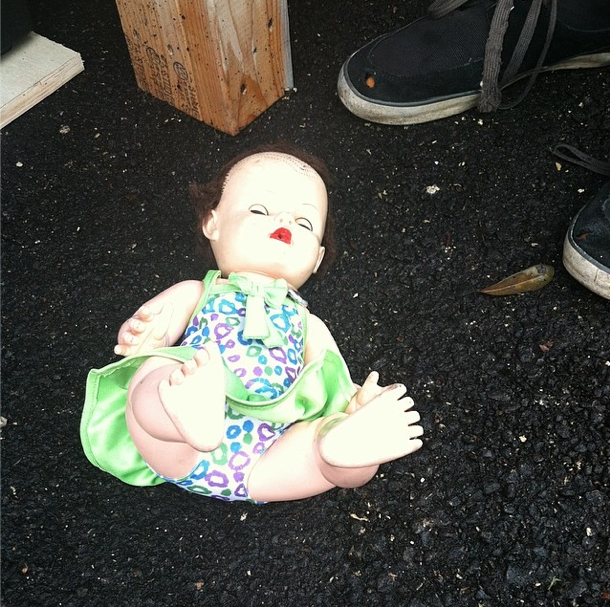 Okay, so I saw some bands. While watching one of the bands I looked to the side of the stage and saw that this dirty doll was just laying there. I went over and took a picture of it and everyone looked at me like that was NOT the right thing to be doing at that moment. In this instance of watching a band, and then seeing a doll on the ground, I did it wrong I guess. It's hard to know. 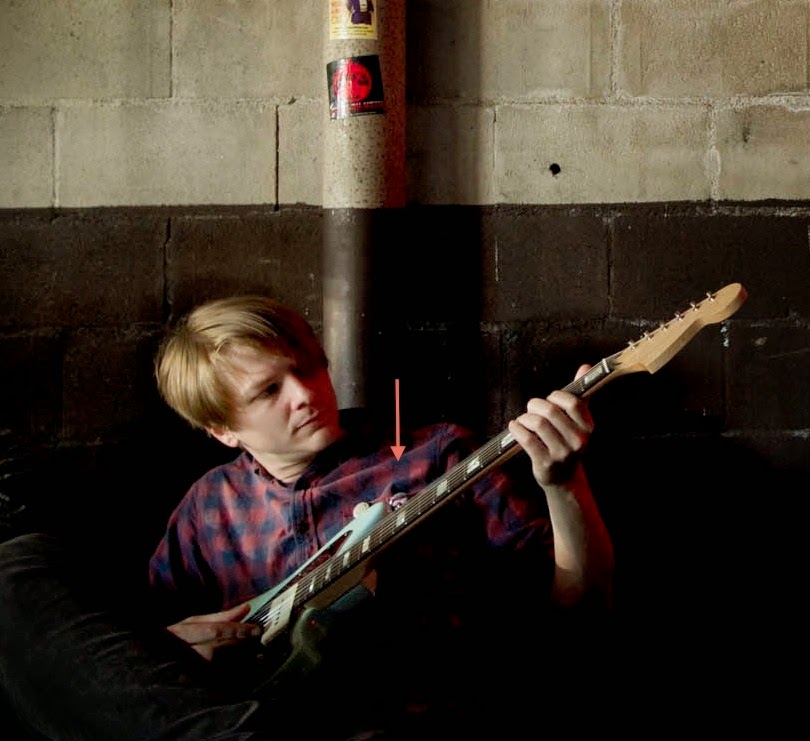 I gave Christiaan from the band Brass Bed a Total Bozo button and he put it right on his shirt for everyone to see. This picture is proof. See it? Maybe you don't know what a Total Bozo button looks like, so you can't really be sure that that is one, but it is.

I like Brass Bed quite a lot for many reasons, but one of the main ones is that they have zero bullshittery about their band. They don't have a "thing" other than being a very very good band. I can't think of many other bands like this. 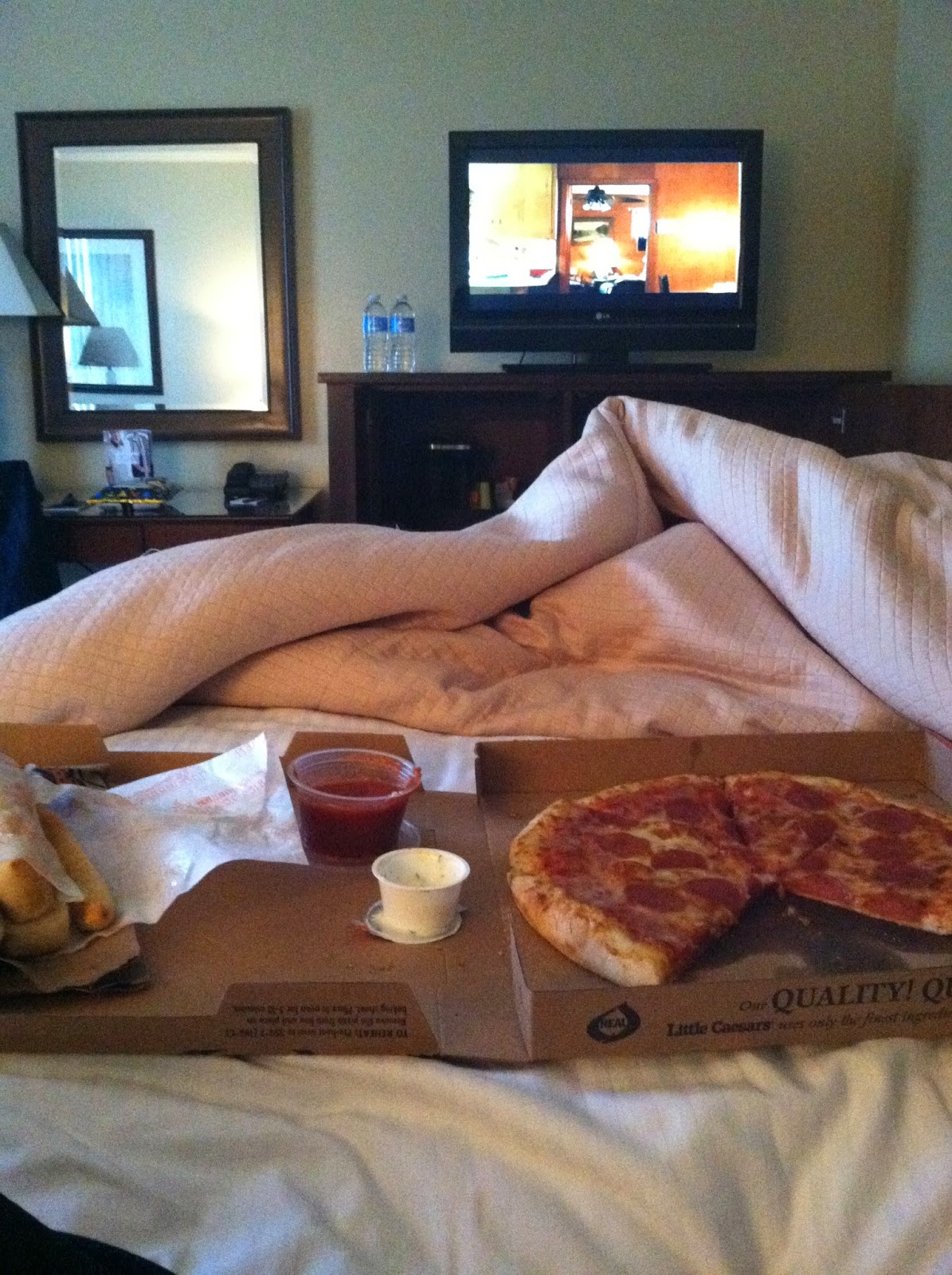 I rented a hotel for my last day in Austin so I could be alone and eat pizza in my sweatpants. It would be rude to say this was my favorite thing about the week, so I'll just hint that it was very much my favorite thing about the week. Almost immediately upon entering the hotel room I did a Google search on my phone to see if the hotel was haunted, and yup, it was. I was too exhausted to be too troubled by this information, but I did find it odd that after I took this picture of my pizza I noticed that the TV screen shows the layout of my hotel room as though it were a photo within a photo, even though the thing playing on TV at the time this photo was taken was MTV's Catfish. BOO! GHOSTS! BOO!

See you  next year! Unless I'm a carpenter or working at a petting zoo next year, in which case I probably won't go.