Why Did I Do This Report: I Saw Divergent 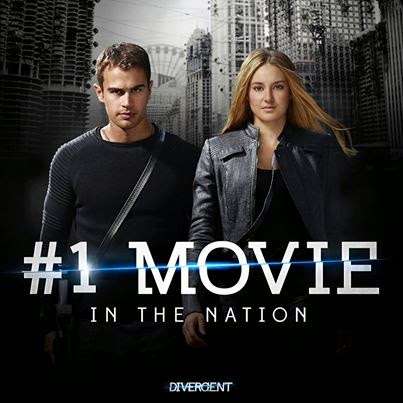 Divergent was not made for me. This became abundantly clear to me as I sat in the theater alone, saving a seat for my girlfriend. The small Thursday night crowd was almost exclusively preteen girls. They emitted the anxious, high-pitched noise that preteen girls emit, the cadence of their speech the vocal equivalent of emoticons. Many emoticons. And exclamation points. LOLing into infinity.

I was uncomfortable. Being there alone, a full grown man in a room with these people, made me want to jump out of my skin. All preteen girls, individually or huddled in anxious groupings, have the latent power to destroy other people forever. Hopefully, for them and for the rest of us, they don’t know how or why they could do this, and they'll get no accidental inkling through the floating cruelty of being a preteen girl or through naïve goofy misfortune tell to the wrong joke to the wrong person at the wrong time, and wind up upending another person’s entire life. This is usually a well-founded hope, but it’s terrifying. Preteen girls are terrifying. They’re like a pile of loaded guns just sitting there in the street.

This was ironic given the movie we were all about to watch.

Divergent is not a good movie. It might be a not good adaptation of a much better book. I don’t know. My girlfriend’s niece, after the fact of our seeing it of course, has insisted this is the case. I’m prone to believe her. The movie plods along with that awkward “Remember this? How about this?” tone of poor adaptations. The characters often don’t act in a manner commensurate with what has transpired on screen. It’s as if the whole world is aware of and reacting to a much more rich subtext than the rest of us are privy to. We only see the talking parts and the inspiring parts and the parts that aim to indicate that things are difficult here.

But who cares? So I saw a shitty movie. So what?

The movie’s quality is secondary to the overwhelming fact of it. Here you are in a movie theater watching a movie about a fictional dystopia which is ruled by pretty much the exact system a typical preteen girl would probably find most frustrating. It is a world in which the heroine, despite nonsensical and arbitrary obstacles put into place at considerable expense by massive colluding forces for the apparent sole purpose of making it difficult to be a preteen girl, is brave enough to stand up and act on her feelings in the exact manner that every preteen girl would want to in such a system. And there is a cute boy and she kisses that cute boy. You are watching this in a theater full of preteen girls. The energy expenditure involved in the entire enterprise makes you feel like a weary, depleted thousand year old Dracula.

And that’s fine, because this movie could not more obviously not be for you. But let’s say you’re like me and you end up, through the aegis of a girlfriend’s niece’s vicarious enjoyment of the source material, in the dark in the theater with this thing in front of you. What is your brain doing while you’re sitting through this turkey? You’re going to have plenty of time to summarize what’s wrong with the movie, with the idea of the world within the movie, with the audience, with the world all of this comes from. You’re going to have more time than you want for all of this, because, often and for long swaths of time, your brain will not be adequately stimulated by the broodish mumblings of the shirtless guy with the cheekbones you’re supposed to think is cute. The movie is 140 minutes long, and it feels like 240.

What are these movies? Always, some kind of world where people are rigorously different from other people. They’re separated and sorted. There’s some kind of a choosing ceremony. This is necessary, somehow. The necessity of it is not questioned. There is seemingly no precedent for people switching from Hufflepuff to Ravensclaw, although that would not substantially alter any part of the movie's power structures from an administrative perspective. It’s just: there's a deus ex machina ancient talking hat that chooses for you, and that’s the deal. If that's not enough, to make sure you're not lingering on this, here's some more exposition to swallow: there's such a thing as Quidditch and it looks rad.

Is this sorting an allegory for genetics? For placement within a class system? Kind of, but if so the metaphor isn't often belabored enough to prove illustrative. Mostly the placement mechanism is there to be difficult, there because it is there and it’s always been there and because it’s been decided that this is the way it’s done. The sorting is necessary in order to spew later platitudes about going where your conscience guides you and marching to the beat of your own drummer and listening to your heart. The sorting exists to trumpet an individualism which most resonates with a preteen audience: the individualism of healthy, natural identity formation.

Think of James Van Der Beek in Varsity Blues, not wanting your life. Maybe I’m the product of a more supportive family environment than most, but is the phenomenon of fathers and mothers wanting their offspring to have their exact life really a common problem, or is that adolescent projection? It seems to me that the more prevalent tendency in family life is towards indifference. In the real world James Van Der Beek musters every bit of drama he can to tell his father “I DON’T WANT YOUR LIFE!” To which the father’s response is, “Okay, could you pass the salt?” And then Van Der Beek says “DID YOU HEAR WHAT I SAID?” and runs up to his room and plays Limp Bizkit at full blast while the father sighs deeply, stands up, and walks over to go get the fucking salt. I’m not the father of a preteen or teenager, but I can imagine it involves a lot of just wanting the fucking salt. I’d love to be wrong about this.

So yeah, this movie, Divergent, and many, many, many other movies are a form of paranoid adolescent wish fulfillment. Surprise surprise. What’s the wish? The wish is that they, as viewed through the lens of the protagonists, are correct, that everybody really is against them in palpable ways, and that they are therefore validated and their journey towards self-definition is important in a larger context. Adolescent identity construction isn’t just some messy and humiliating and occasionally mortifying gauntlet which is roughly the same for everyone. No, there’s a “one” who “matters,” and the obstacles are external and patently unfair and not in any way related to or complicated by personal behavior. The lesson of this genre, the teen dystopia, is that the world is rendered more just and fair by doing basically whatever comes naturally. It’s late capitalist solipsism as cure-all. It’s a stomach-turning inculcation into the mindset of entitlement. It’s not just a bad movie. It’s a bad movie representing a pernicious idea.

And the irony is that these girls in the audience are, as mentioned, already supremely powerful. Sure, in the moral panic avalanche sense where I’m shaking in my shoes and avoiding eye contact in a movie theater seat. The source of that dark power need not be dragged into the light. These are kids, and as such they should be protected from certain forms of knowledge, commensurate with the amount and duration they still are kids. But some forms of empowering knowledge could and should be shared with these girls. Starting with their economic power, as attested to by the multimillion (probably multibillion if you add it up) dollar production and marketing of these movies and books and god knows what other means of messaging they are subjected to. Advertising springs readily to mind.

I would like to see the following teen dystopia: in the future, a regular sort of non-apocalyptic future not arrived at as the result of any large scale war, there are nevertheless scant resources. A political system has been devised for sharing those resources equitably, and that system involves the rigorous sorting of types of people according to an aptitude test. We meet our heroine on aptitude testing day. It turns out she is “Divergent,” meaning not typified by any one aptitude group. Rather than being persecuted as she initially fear she may be, she is whisked away swiftly and given official clandestine membership into the class of Divergent people, who it turns out are actually running things. Through our heroine’s introduction into the Divergent class, it is revealed that the entire competition between personality types system is just a sideshow, an elaborate distraction, and the Divergent class, those who outwardly participate in the dystopian infrastructure while secretly exploiting the divisions between the factions, possesses wealth and influence beyond her wildest imaginings.

She is tempted to join, and even goes so far as to prove her loyalty to this group by making a choice which sacrifices a friend or family member. This terrifies her. The rest of the movie constitutes our heroine’s struggle to choose between fully joining the Divergent class, escaping it and thus causing the endangerment of everybody she holds dear, or subverting it from within (which involves making some pretty unworthy compromises). After a tearful death scene where one or another of the parents say it’ll be worth their life just to know she gets out, she escapes, not into the strong arms of a well-cheekboned shirtless dude, but with a ragtag makeshift community of similarly minded individuals, who may then reconvene to launch counterattacks in a sequel.

I think I just made Divergent into Hunger Games. Yeah. I basically did.

And I know this. And I am a thousand years old.

Now if you’ll excuse me, I’m going to go watch some war documentaries on the H2 channel now. Forever. For the rest of my life. Which according to how old I feel should be about another 15 minutes.