You may have noticed baseball is happening now. It started happening, in spring training, a little while ago. And then there were two games in Australia last weekend that for some reason actually counted, like for real in the standings and everything. The first baseball game of the year was between the Dodgers and the Diamondbacks, and they played it at 4:00am Eastern Time. Nine days ago. And then there was another Dodgers game last night. A real one. And now today the other teams are really having real games that aren’t with the Dodgers. It’s great. It’s baseball. That means winter has to stop shitting on us soon.

I asked Kelly McClure to take a quick free-associative tour through Major League Baseball in anticipation of the upcoming season, and added my comments. It’s the Total Bozo Magazine 2014 Baseball Preview! Enjoy. 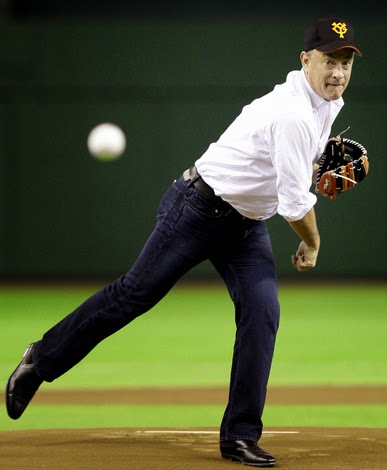 Young Josh Baskin from the New York tri-state area. He definitely wore a Giants hoodie at one point, and later as Tom Hanks requested Giants game footage with the commercials edited out. His buddy I think wore a Cardinals hat. He probably would have been a Mets or a Yankees fan. I did not use Google for any of this information and do not intend to.

Tampa Bay Rays:
Anything that comes from Florida is horrifying and will find a way to kill something or someone at any given moment. I picture going to a Tampa Bay Rays game being similar to sitting in an empty metal wash tub in the middle of a dirt field while angry runaways with black teeth throw bees at you.

Tropicana Field is exactly an empty metal washtub. Exactly. This is uncanny.

Baltimore Orioles:
I bet you John Waters has thrown out a pitch at a Baltimore game. Can you imagine?

I imagine they’d introduce him and then he’d walk out there with a beefcake “bodyguard” whom he effetely gesticulates to as if to say “go ahead, throw the little ball or whatever,” and then the beefcake scoops him up and carries him off the field as he waves enthusiastically. Maybe that’s a little much, but also we’re talking about John Waters here.

New York Yankees:
I saw a Madonna concert at Yankee Stadium last year and even though it rained I basically screamed for two and a half hours straight. The beers are like $25 a piece there and I wanted to remember to bring home my blue plastic Yankees cup, but of course I forgot it.

I’ve never been to a game at Yankee Stadium even though I like baseball and have been to New York like 10 times. It seems odd that anybody would want to go all the way up to the Bronx to see a baseball game and spend $25 for a beer when they’re busy living in New York where there’s a million other things to do and the beer is more reasonably priced in the $15-$19 range. I realize that’s a hipster/transplant’s mindset, but New York the actual city and the New York Yankees are like two entirely separate things in my brain.

Toronto Blue Jays:
My Grandma really likes blue jays. She has special feeders for them in her back yard.

Part of me thinks those birds are assholes, but maybe I’m getting them confused with grackles. 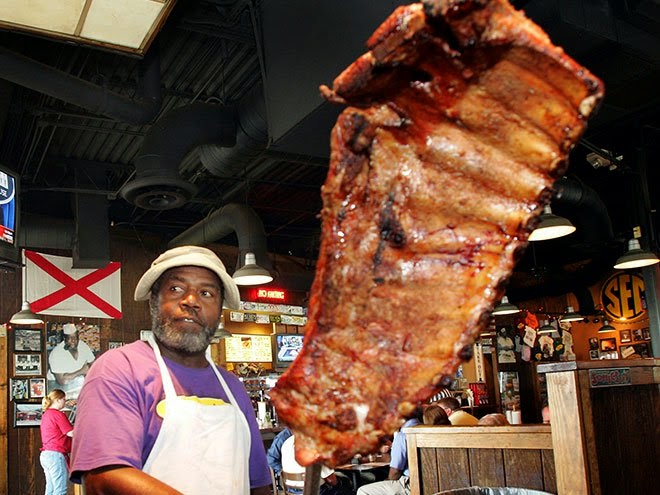 Detroit Tigers:
Do people in Detroit even have money to go to ball games? How do they get the time off from their factory jobs?

People who live in Brooklyn can’t pffffffft a place, Kelly. I hereby revoke your pffffffffting privileges.

Kansas City Royals:
I would like to go to a Kansas City Royals game and just eat ribs until I throw up or shit my pants or both. Ribs seem like a potentially dangerous thing to serve at a ball game though, now that I think of it. I wonder if they decide not to do it for fear that people would get angry about something that happened or didn't happen and then start throwing rib bones at each other, or the players even. Picture getting ready to throw out a pitch and then getting hit in the side of the head with a sticky rib bone. That would for sure go on the internet.

One of the great things about the internet is that if something unusual happens in any baseball game, it ends up there.

Chicago White Sox:
I took a girlfriend to a White Sox game once and I was in a really bad mood about something. I remember just sitting there frowning, and also being really worried that I'd have to try and catch a ball at some point because we were sitting in those seats where they say you should keep an eye out for balls coming at you. I didn't want to have to deal with that.

I remember sitting in some seats like that at a Sox game with a girl I was trying to date but who didn’t like me “that way,” probably because I was acting like a drunk buffoon, and I remember not enjoying it that much either. Third base side? Third base side is where bad dates happen, I guess.

Minnesota Twins:
Every single person at every single one of their games is the opposite of not fat. That's just a guess, but I guess I'm right.

I have no idea of the relative girth of Twins fans. I don’t think of Minneapolis as being a fat city. Because one time ten years ago I was hosting at a late night post-club barstaurant and Morris Day came in and I was like “who does this guy think he is with this haircut, Morris Day?” and it was him, and he was skinny. 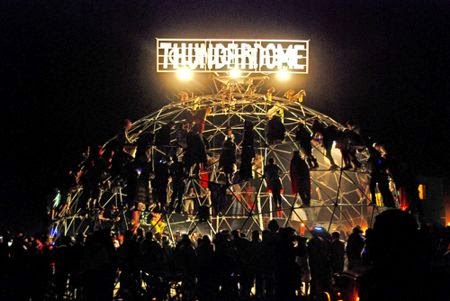 Oakland Athletics:
I bet it takes roughly four hours to go from the parking lot, through security, and then on to your seats at one of these games. You could potentially miss the whole damn game just trying to get in.

I think of the security in Oakland as being more like a Thunderdome vibe, where you’re sprinting from your car to the gate, clutching your children close to your chest. I could be wrong.

Texas Rangers:
My Dad's from Dallas. I don't know.

Their manager Ron Washington reminds me of every gym teacher I ever had.

Seattle Mariners:
The stadium here is probably really clean. You could go and sit in a clean seat and drink some coffee if you wanted to.

I feel like if you sit really close to the game, somebody might throw a fish in your lap like how they do that at that fish throwing place. Because I’m just as ignorant about Seattle.

Los Angeles Angels of Anaheim:
Is this really what this team is called?

Yes because of reasons.

Houston Astros:
I heard that all of the players for this team are actually talking Great Danes.

They not trying THAT hard to lose.

That’s excellent. As you know I’m a huge fan of Paula Deen’s version of a person who is the complete worst. She’s an antique version of American terrible. Like if she was a car she’d be the worst possible Model T.

Atlanta Braves:
I've always thought of Atlanta as being a place where a lot of beautiful, sassy women live. I bet it's fun to tailgate at these games and just look at butts go by while you sit on a folding chair and drink beers and eat cold pasta salad.

Outside in the air where the AIR is? In Atlanta? Anytime after May or before mid-September, you’d melt before you saw butt one.

New York Mets:
I have spent less than zero amounts of time thinking about this team.

Philadelphia Phillies:
I bet they try to tie Rocky in to everything in some way. I'm surprised this team isn't called the Philadelphia Rockies.

I have a feeling you’re in for a surprise later.

Miami Marlins:
Lots of white shorts in these stands.

There’s not lots of anything in these stands. 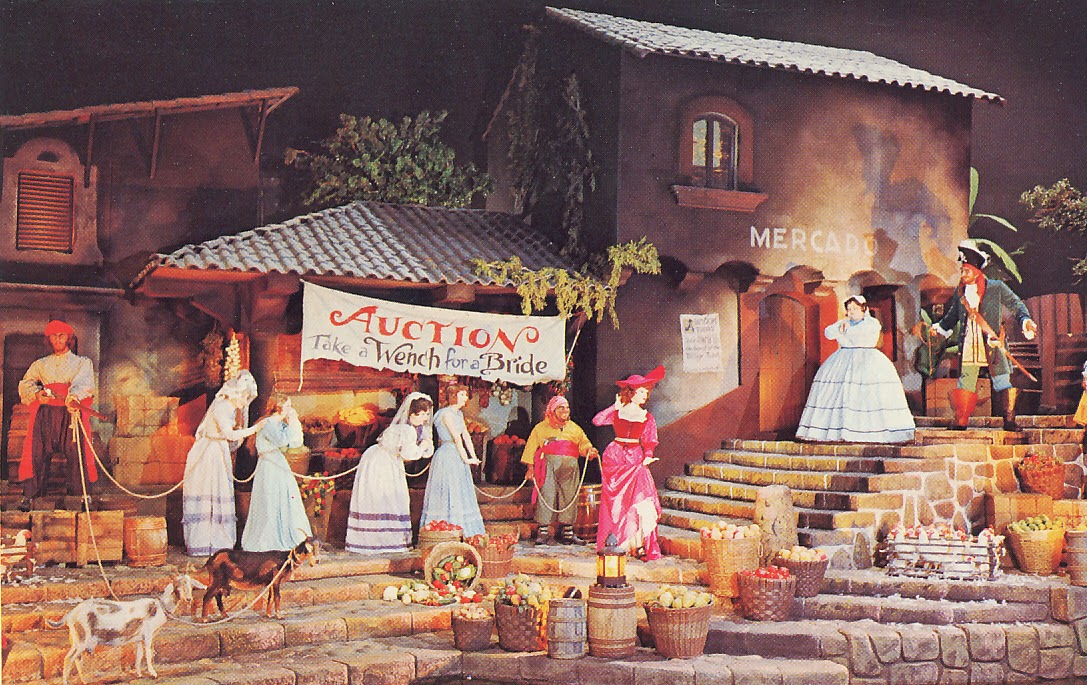 St. Louis Cardinals:
My Grandma also really likes cardinals, and aside from finches, these are my favorite birds. All in all I find birds to be disgusting though. They're filled with mites and they're just constantly pooping.

Pittsburgh Pirates:
I bet their merch tables are hilarious and you KNOW that all the beer girls have to wear a "sexy pirate" outfit, and the peanut guy has to attach a fake bird from Party City to his shoulder for eight hours a day.

I don’t know where the concept of girls dressed as “sexy pirates” came from. Like “portside whores?” As is “hey there sailor, nobody will discover penicillin for hundreds of years.” That gives me the willies.

Cincinnati Reds:
I'm drinking red wine right now that we ordered last night from a delivery service called Booze Carriage. It was raining and we were too lazy to go out. It comes in a little box that has a house drawn on it. Also, being from the Midwest and all, Cincinnati is a REALLY hard word for me to say in any normal sounding way.

Marge Schott. She’s another one. She’s the prototype for Paula Deen awful.

I went to a Brewers game and sat in the cheap seats and saw a guy barf into his hat.

Chicago Cubs:
I feel sentimental about this team. More than any other sports team I have been to the most Cubs games, hands down. I've been to three.

I used to live on the street in front of the street where the Cubs play. The name of my street was Southport and there was a DQ on the corner, which was both amazing and a big big problem. One time I was sitting on the outside patio of the DQ eating a dipped cone and an old man popped up from behind a brick wall and blew cigarette smoke like directly into my ice cream.

I was just around the corner from that DQ, Kelly. It sucks. 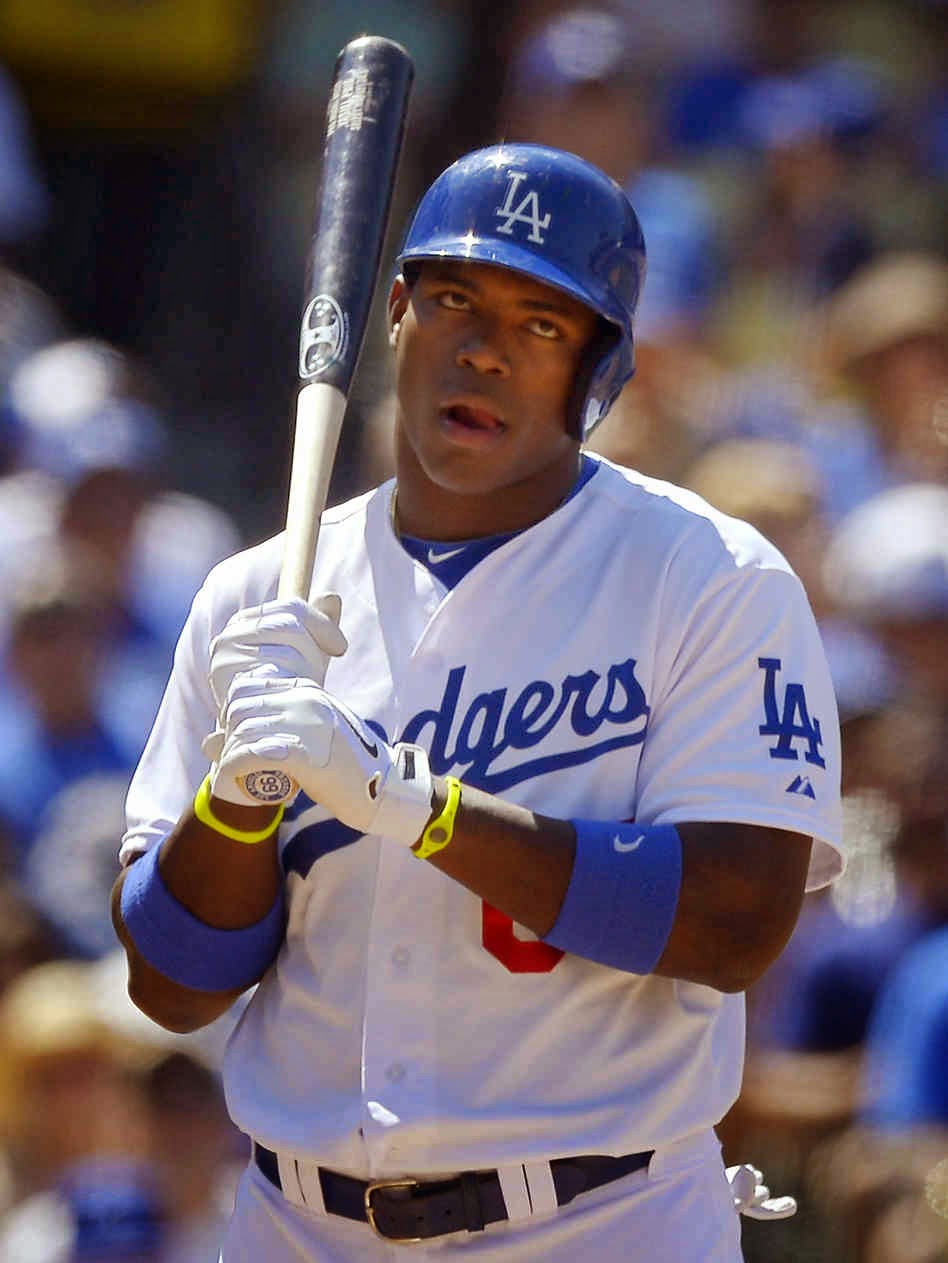 Oh no! You just accidentally whatevered Yasiel Puig, Kelly! You can’t do that or you’ll disappear like Michael J. Fox’s hand in Back to the Future!

Arizona Diamondbacks:
Too hot to leave the house here. Watch the games on TV if you can.

They have a pool.

San Francisco Giants:
You're probably not allowed to smoke anywhere near this stadium. I also can't think of a snack that San Francisco is known for. Salmon burgers? Would you go here and eat a salmon burger? That might be refreshing.

For some reason that sounds disgusting to me.

Yep. There is a team called that. It’s the only team named after a geological formation, and zzzzzzzz (that’s the sound of every vagina in America going dry because I recited that factoid).

San Diego Padres:
I bet the majority of players on this team have mustaches.

They should do that instead of always wearing camouflage.

Well, there you have it, folks. Baseball. It’s here. It’s happening.