There Was a Scary Thing And I Watched It

The other day there was a scary thing being passed around on the internet. I was very curious about it, as it seemed to be the sort of scary thing that was mentally ruining everyone's lives on that particular day, but I was definitely not curious enough about the scary thing to actually watch it - so I got my very brave and very talented friend April Wolfe to watch it and write up a little thing about it. Here is that thing. 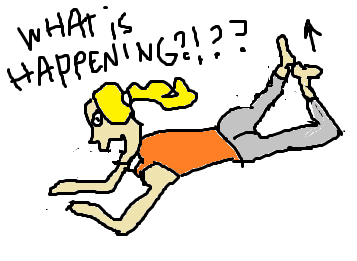 So Scandinavians make the best horror cinema and black metal. This is basically a given, because they also have some of the most fucked-up legends and fairy tales to destroy their adolescents’ souls. And unlike shitty new-era American horror cinema, the Swedes here are totally avoiding the schlocky frights of documentary-style bullshit like every film we made post-Blair Witch.

While Americans are busy employing creepy kids who whisper and making everyone barf with their shaky cams, this nice little gem feels totally new even though it is exactly not. I like artists who know it’s actually impossible to reinvent their medium and that the only way to make something good and enjoyable is just to remake a story we know and do it really really well.

In this case, you’ve got a woman alone who thinks she sees something in the dark, and she gets afraid, so she sleeps with the light on, and then her bad feelings come true, and we get a little scare. In actuality, the techniques of this film consist of just great lighting and costumes and some seriously astute editing. Not even great editing. Astute. Which is basically not showing off that you can make stuff happen and not using rampant CGI or crazy effects to frighten people.

Lady switches off the light, and we can make out a subtle form of something that’s definitely not human, and it’s enough to go along for the ride. Couple that subtly with the big reveal at the end, and you’ve got a tasty carrot attached to a stick that is just close enough to reach.

Editors note: I'm still not ever watching this, but if you want to you can do so HERE.
Posted by Unknown at 7:50 AM