I Might As Well Write About Kanye West Today 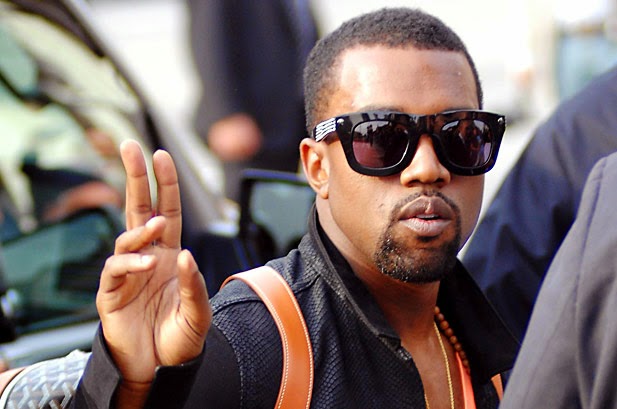 Somebody on my Facebook feed was talking about Kanye West today and now whoops I am thinking about Kanye West. Kanye’s in my brain being Kanye. There’s a tiny little Kanye in my head relaxing on a little chaise lounge made out of brain folds. He’s eating a ham sandwich and listening to his own music, really feeling it. He screams “This shit is dope as fuck! You know this shit is dope as fuck, right?” And then Brain Kanye slams his ham sandwich down and walks over to the part of my brain that controls my impulses, and he grabs it with both hands, and drops his pants and inserts his penis, his midsection now covered in brain goop, and he whispers “I’m a legend,” and this echoes like at the end of a dream sequence and I wake up, shuddering. And I write about Kanye West.

He is a few things. He’s a human. He’s a black man in America, 2014. He’s a rapper and a rap producer. He makes music. He wears clothes. He’s a celebrity. He’s rich. He's a father and a husband. He’s outspoken. Those are facts about Kanye West. Brain Kanye is telling me other things about Kanye. “Kanye is a genius,” says Brain Kanye. “Kanye is the most influential cultural icon alive.” Those are matters of opinion. “Fact,” says Brain Kanye, “those are matters of fact. You’ve got to put genius down. You’ve got to say cultural icon. You’re writing about Kanye West? Those are the things you say.”

It is at this point that I tune out Brain Kanye, because you can’t listen to Brain Kanye and get any work done. Right now he is telling me, “Say that’s the real genius of Kanye West, that Real Kanye has a Brain Kanye. I’m in your fuckin’ head, [epithet]!” Brain Kanye makes me want to put a wastepaper basket over my head and hit myself with a frying pan. 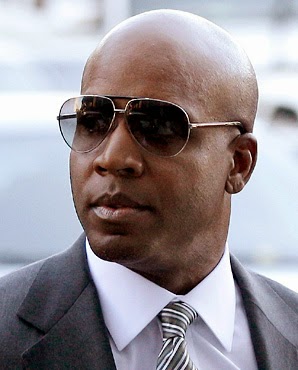 I spent a good portion of my morning looking up Barry Bonds stats. I have a narrative on Barry Bonds that I like to tell myself, and it’s that he was a better baseball player than anybody in the world, except he didn’t get sufficient credit for it because he was both black and not nice at the same time, and so people didn’t care or notice how good he was. Other players started doing steroids and all of a sudden Ken Caminiti’s an MVP, and then the whole world fell in love with Sammy Sosa and Mark McGwire, who are both asskissing clowns. And Barry Bonds thought “If I went on that shit, I’d win the MVP every year. I’d hit a million home runs. I’d break the fucking meter of how good a human could be at baseball. And then I’d tell them to kiss my ass if they didn’t like it. They would have to start this whole fucking game over again.” So Barry Bonds did steroids, and then all of those things happened. That’s the story I tell myself whenever I think of Barry Bonds, and I like that story. It’s a story of somebody loudly crying “fuck you people, this is dumb” from within the husk of a rotted-out and arbitrary status quo.

Barry Bonds did things that are not possible. He was so likely to obliterate any baseball that somebody threw towards him that major league pitchers intentionally walked him a hundred and twenty times in 2004. Barry Bonds was 39 years old at the time. People walked him, a 39 year old man, on purpose, sometimes when the bases were loaded. It was insane. It was something other than baseball, and it was obvious that this was something other than baseball, to the point where people got mad and said “Hold the fucking phone, Barry Bonds, what happened to baseball? What did you do to it?” To these people, Barry Bonds said, “Fuck you, baseball hasn’t been baseball for years. And whatever the fuck this is now, I’m what happened to it.”

And then people decided to destroy Barry Bonds because Barry Bonds destroyed baseball. Actually he didn’t destroy baseball, but the subtlety of this technicality was lost on most people. Really he just showed us, first hand, how destroyed baseball was already, and how gullible we all were for thinking that swatting a baseball could possibly be as easy as those twin shiteaters Mark McGwire and Sammy Sosa made it look.

And further, because he was so otherworldly in his effectiveness, Barry Bonds also showed us how dumb the concept of professional baseball is, down to the particles of its existence. Money is dumb. Baseball is dumb. Paying money to people to play baseball when one, and only one, of them is Barry Bonds is dumb. This opened up the possibility that all socially-constructed hierarchies, all agreed-upon arbitrary ways to measure how some people are different from other people, including every single one that all people, out of a desperate grasp at sanity in the face of universal chaos, may identify themselves with, are dumb. He was unreal, on purpose, and he wasn’t even nice about it. He made the rest of us look and feel like the idiots we actually are. He pulled the mask back a little on humankind’s most basic limitations, and it opened our eyes to the great species-wide hissing static oblivion within us. We are meat and bone. We are animals. We are not nice and we are not smart. We are nothing. And not a single one of us can hit 73 home runs in 162 major league baseball games without taking steroids and wearing half a suit of armor and appearing to do something very very unlike baseball. Barry Bonds showed us ourselves.

If, with relatively little effort, I could take steroids and then hit 73 home runs in a year in the major leagues, I’d probably A. do it, and B. act like a complete asshole about it. That's what Barry Bonds taught me about myself. Same thing with Kanye sampling The Marvelettes in a song about redlining and blowjobs on an album that goes multiplatinum, or whatever he's doing. I’d like to believe if I accomplished those things I’d be like, “Holy shit this is amazing! Thank you so much!” But I’d probably be more like, “Kiss my ass, leave me alone, I’m a genius, you people are idiots who don’t matter, I don’t have to kiss your asses anymore because I just made enough money to set myself and my family up forever, and I’ll tell you another thing just to twist the knife: this is literally the easiest thing I have ever done.”

Most people don’t have much more talent than anybody else. Most people don’t know what it’s like to have a specific talent, to know it, to hold it in their hands and recognize its features, and to use it for its intended purpose, as a perfect fulcrum to crush a baseball 600 feet. Most people will never know what that’s like, and most people know that they’ll never know what that’s like, and that knowledge stings and burns inside of us. That feeling is compounded into bitterness by the rational knowledge that baseballs technically don’t ever need to be moved 600 feet, and off-speed vocal samples don’t have to add unforeseen layers of anthemic bravado to intelligently-crafted pop music. We’d all be just fine without those things. Better even, because without those frivolous measurements of specific talent we couldn’t find ourselves confronted with assholes who rub their abilities in our faces.

This is the lie most people have to tell themselves. It helps that it’s also the truth. These things don’t matter. The people who are good at them don’t really matter either. They’re just assholes like the rest of us. We’re all in this together. Even Kanye. Even Barry Bonds. Even though fuck those guys, because they’re so clearly not like the rest of us in ways we decided to make important.

So the regular person side of the equation, when forced to deal with a Barry Bonds or a Kanye West, is destroy plus ignore. Race is a coefficient which multiplies ire, sure. It’s in there. It’s like accomplishment plus money to the (((race + gender + deviations) over “norm”) + 1.35) power, all over who gives a shit, minus we’re all going to die, minus who’s got time for all this, all multiplied by we are walking talking apes who think we’re smart even though we are not. That’s how we deal with talented but mouthy, and possibly also black, celebrities on this planet right now.

I don’t know what the other side is like. I think Brain Kanye is trying to tell me. “It’s like this!” he’s saying, “You can figure this out! You’re almost there! It’s like this! Buy my new album, I’ll tell you. Listen to my latest interview, I’ll tell you what it’s like! I’m being honest! Buy my clothing line! Wear these sunglasses! I’m laying it on the line, I’m getting you there. You’re close. You’re getting closer.”

But no, actually, I know already. I’m the same. There’s no effective difference. The hierarchies that say I am different from Kanye are arbitrary and illusory and pointless and alienating to both me and, according to him, to Kanye. Maybe doubly so because he has a vested interest in taking those differences seriously. I feel sorry for him. I feel exactly as sorry for him as I feel for myself and for the rest of us.

Plus, technically, Madlib is the real genius. Just my opinion.

Brain Kanye is shrinking. His voice is getting higher. He is microscopic. He is nothing. He does not exist.

I might as well stop writing about Kanye West.