Why Did I Do This Report: I Saw "Fault In Our Stars" 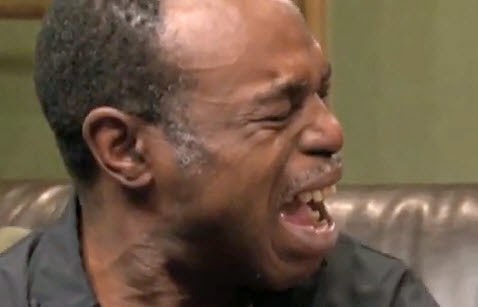 My girlfriend’s goddaughter is in the summer between eighth and ninth grades right now, and so I’m in a position to see some female-targeted films based on young adult books. Okay? Is that okay with you? I’m not going to these things alone or anything. I’m not some weird film guy who goes to every film. I’m not seeing previews for these movies and saying “oh yeah, that looks right up my alley, I’m definitely going to that.” But I’m also not getting dragged kicking and screaming to these things. I’m flexible. I like to be flexible. If my girlfriend and her mom and dad and her goddaughter are going to go check out some soupy weeper about cancer teens, I can sit right down and eat popcorn with the best of them.

Fault In Our Stars is pretty good. I would give it a “not a total waste of time” out of a possible “two hours of your life that have just ended.” I thought I was going to hate it but I did not hate it. On balance, I liked it.

Spoiler alert: children with terminal cancer is a very sad topic. You know that going in, and you expect that. “Okay, this main character is a child who has cancer,” you think, “okay, I’m sad now, and I expect to remain sad until this thing is over.” And then the movie proceeds, systematically, to make you cry.

You’re sitting there in a movie theater, next to some people you know. You are crying and they are crying. Behind you, somewhere, are strangers. They are also crying. You don’t need to turn around and look at them to know this. You can hear them audibly sniffling. To the extent that the theater is full, it is full of crying people. It is odd. It is an odd public event. Public crying is just what you, “you” being anybody not diagnosed with a debilitating cognitive disorder, are signing up for with this movie. You watch it and it makes you cry even though every single one of the characters are upper middle class white people. They are cancer teens. They are brave. They make you cry. The end.

If the question that arises from this basic fact of what this movie is and does to people is “why would I sign up for that?” then I don’t really have an answer. Maybe because your girlfriend’s goddaughter is very cool for a person her age and wants to see it because she loves the book? Maybe because crying about cancer teens is, in this case, at least as entertaining a way to spend two hours as watching Tom Cruise save humanity from the threat of extinction by high-concept space alien plot device? Maybe because everybody dies and it’s nice to see some fictitious attractive Hollywood cancer teens handle that fact with dignity and aplomb? I don’t have a clue why anybody would want to see this movie.

I didn’t want to see it. I’m glad I did see it, but there’s no way I’m going to watch it ever again. Why would I do that to myself? It’s full of cancer teens. It’s sad. It makes me cry and then I’m crying. Maybe I would watch it if I was already sad about something, like for instance if I was dying of cancer. Or if I had some sort of tear duct issue and needed to cry. Like medically.

It’s not a perfect movie. There are parts of it where you’re like “enough with the trying to make me cry, I’m done, I’m not crying again, no sir,” and there are parts where you’re like “I would like to no longer be listening to this schmaltzy Mumfordesque ballad while the cancer teen sadly looks at stuff, please.” There are parts where a cancer teen says something and you’re like “there’s no way this cancer teen is that eloquent or capable of manipulating syntax that exactingly in a conversation.” When I was a teenager, my verbal communication consisted of “yeah but it’s like, no, you know, like yeah, no, whatever; anyway” with NO ADDITIONAL WORDS involved. So yeah, this movie suffers slightly from the ubiquitous movie phenomenon of characters properly enunciating words no human would think to say. It’s a movie. This movie is a movie.

But it’s not bad. It earns most of the crying it asks you to do. It doesn’t often beat you over the head with sadness. It sticks fairly close to reality. The cancer teens have sex. The cancer teens drink alcohol. You can’t get too upset about it. They’re cancer teens. They’ve earned it.

It falls apart a little at the end. Of course. It’s a movie. In movies, you have to say these moralizing summation things like “even though we’re cancer teens, we are glad we were alive, even if all we ever got to be was cancer teens.” It’s like when hobbits go “I might only be hobbit, but I sure had a big adventure” and then they look at a mountain for two full minutes in a way that indicates "this hobbit movie can't just be over, the hobbit would like to remind you that you felt feelings during it." You see this and you think “OKAY I GET IT JESUS JUST END ALREADY.” But this cancer teen movie only really does that like right real close to the end of the movie instead of all the whole time of it.

It’s good. It’s a good crying movie about cancer teens. You could do worse things than see it. I guess.

Some bonus jokes I did not mention:

We saw it in IMAX 3D, so the tears really squirted out at our faces. HA HA HA.

My girlfriend came out of the lobby bathroom crying and said “I can’t believe Godzilla died” and I actually went “HA HA HA” but like laughing. I was laughing. It was funny.

It's like Twilight if vampirism was cancer, and werewolfism was a different kind of cancer.