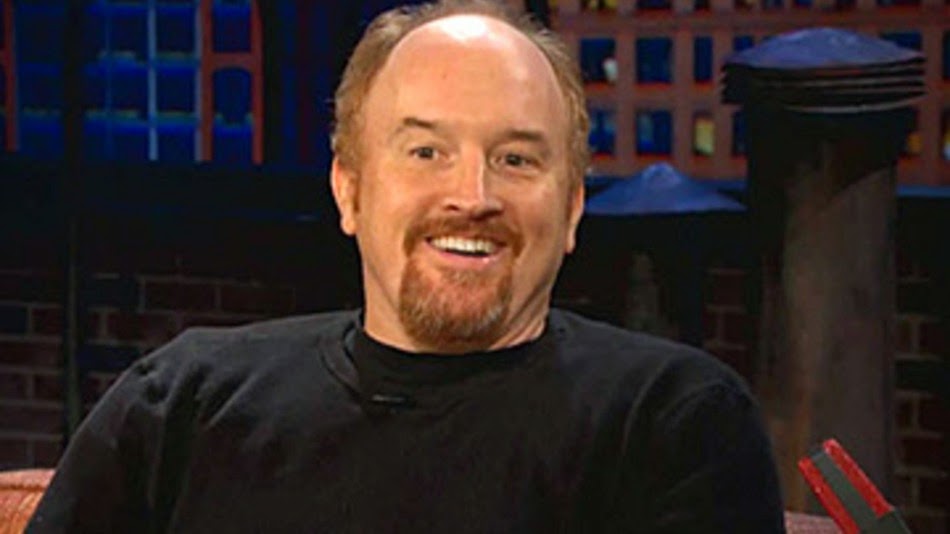 Isn’t it great that this guy is here, being here? He exists. He says things that are funny AND true. He’s Louis CK. He’s great. We all like him a lot. Remember that time he was talking about his daughters and he said that true thing that was also funny? That was great. He is great. LOUIS CK!

Louis CK is a comedian. If you like comedy, you would think he’s great. He has a show on TV too. If you love to laugh, you may or may not think his show is great, depending on factors beyond Louis CK’s control. Louis CK doesn’t waste a lot of his time worrying about factors that are beyond his control, such as “how come I don’t think Louis CK is funny?” He doesn’t have time for that. He’s too busy being Louis CK. This is one of the things that makes Louis CK great. He doesn’t care if you think he’s funny, and sometimes he is very funny, and other times you get to wait around for Louis CK to be funny, and it’s still great either way, because he’s so funny and truthful.

He says things like “big fat fuckin’ head” that are fun things to say and hear. He’s good about using words. He talks about his life. He talks about things he’s noticed. He has interesting thoughts about common things like rental cars and cell phones and dating. He has an interesting brain. He does weird things in his life because of his interesting brain. One time he talked to Jerry Seinfeld on a boat that he owns. Louis CK owns a boat. He doesn’t really do a lot of boat-owning jokes because he knows that most of the people who like to listen to the things he says don’t own boats. Louis CK is smart. When you hear him talk, you get to say “ha ha ha oh man that is hilarious and also SMART.”

Sometimes, actually every single time, when Louis CK does anything at all, you get to see all about it on the internet. People like Louis CK, a lot, and people will therefore go online and look at a thing Louis CK did. This isn’t about anything Louis CK did, it’s just about how Louis CK exists, and that’s pretty good too!

Some facts about Louis CK:

Please share your favorite fact about the continued existence of Louis CK in the comments section.