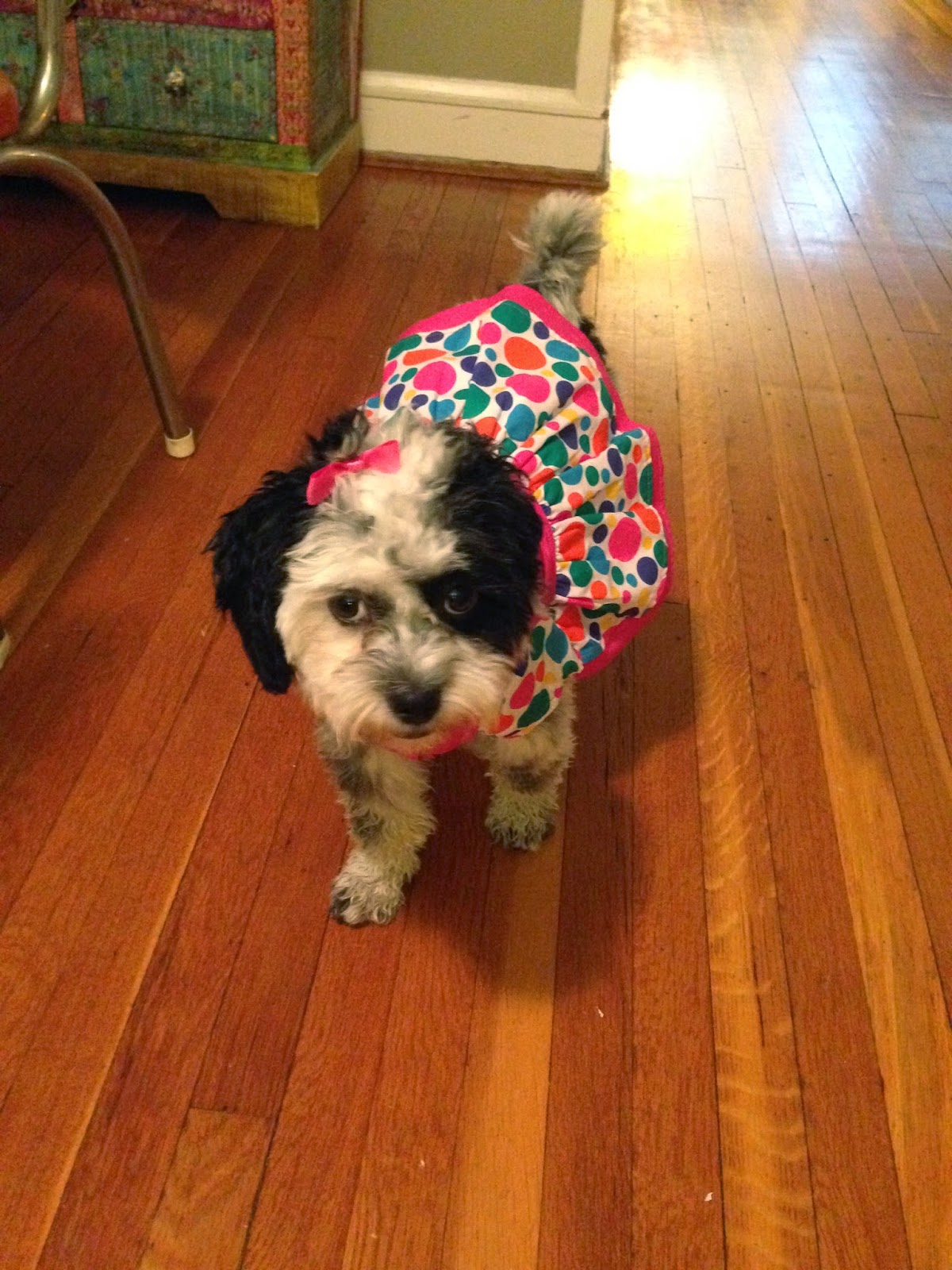 Attention haters: I dressed my small dog up in a party dress and then I threw her a birthday party, and I did this because I wanted to, and if you don’t like it, suck my balls. This is my life and I’m living it.

When I say the word “I,” as in “I dressed my small dog up in a party dress and then I threw her a birthday party,” technically I mean, “I live in an apartment where that happened,” but you get the idea, haters. I mean, technically, all of those things, including even having a dog in the first place, were really my girlfriend’s idea, haters, but I love my girlfriend so it’s like they’re my ideas too, I guess. 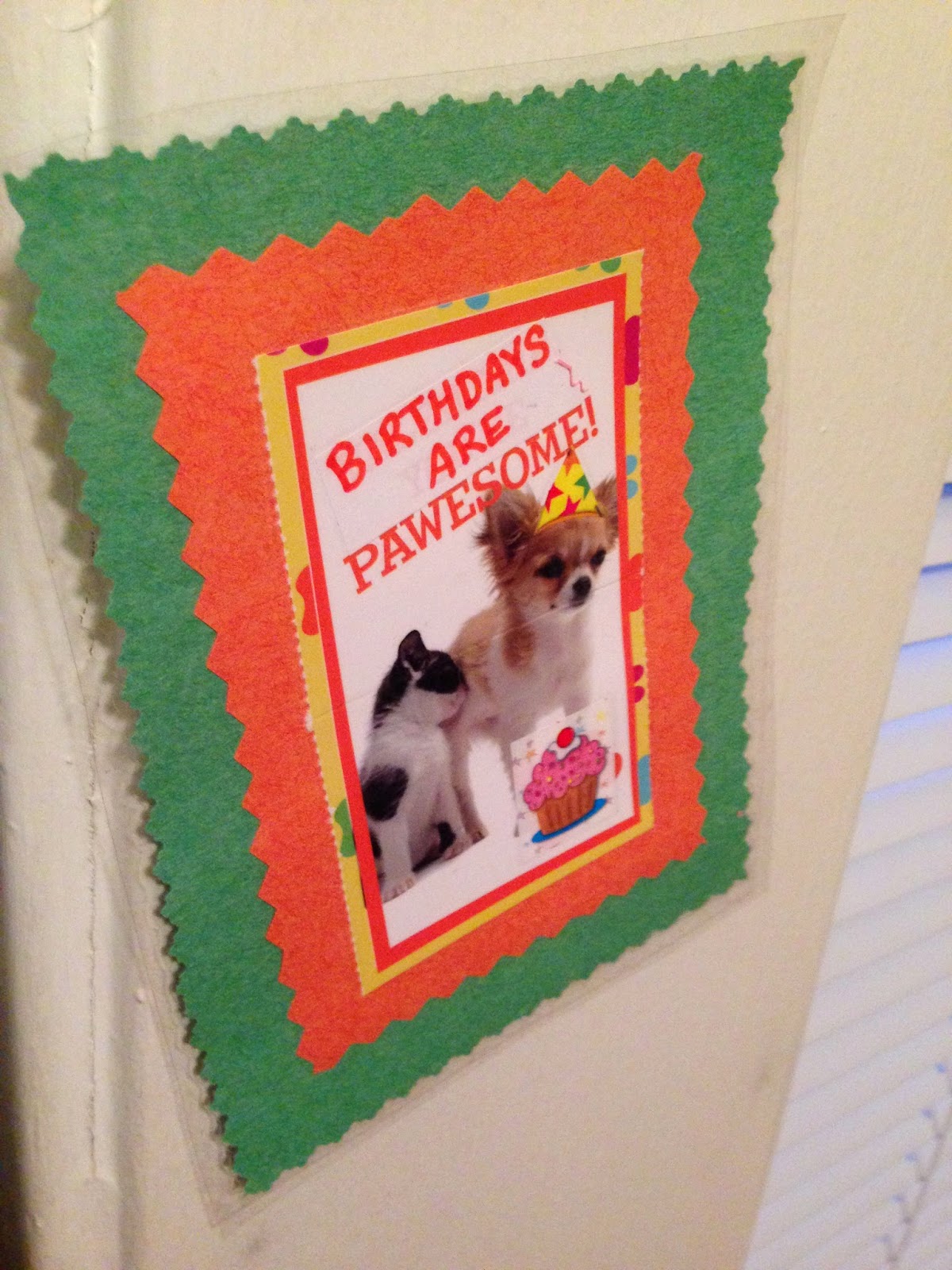 I definitely did not spend a whole morning using craft scissors, a lamination machine, stickers, and magic markers to augment several dog-themed Valentines into birthday party decorations. My girlfriend did. But if I had done that with my time, you haters would be barking up the wrong tree by disparaging me for it.

Who was at the party? My girlfriend’s parents, that’s who. And my girlfriend’s oldest friend, and that oldest friend’s husband, and their two lovely daughters, aged 4 and 6 (I think). And my friend Sarah, who is pregnant. And Sarah’s dog because it was a dog-themed party and because I’m baller. NOBODY THE FUCK ELSE WAS AT THIS PARTY. You mad, bro? You must not have been invited because we were not sure how much more chaos than an extra dog and two young girls to safely introduce into our apartment. We did not even invite Wyclef Jean this time. 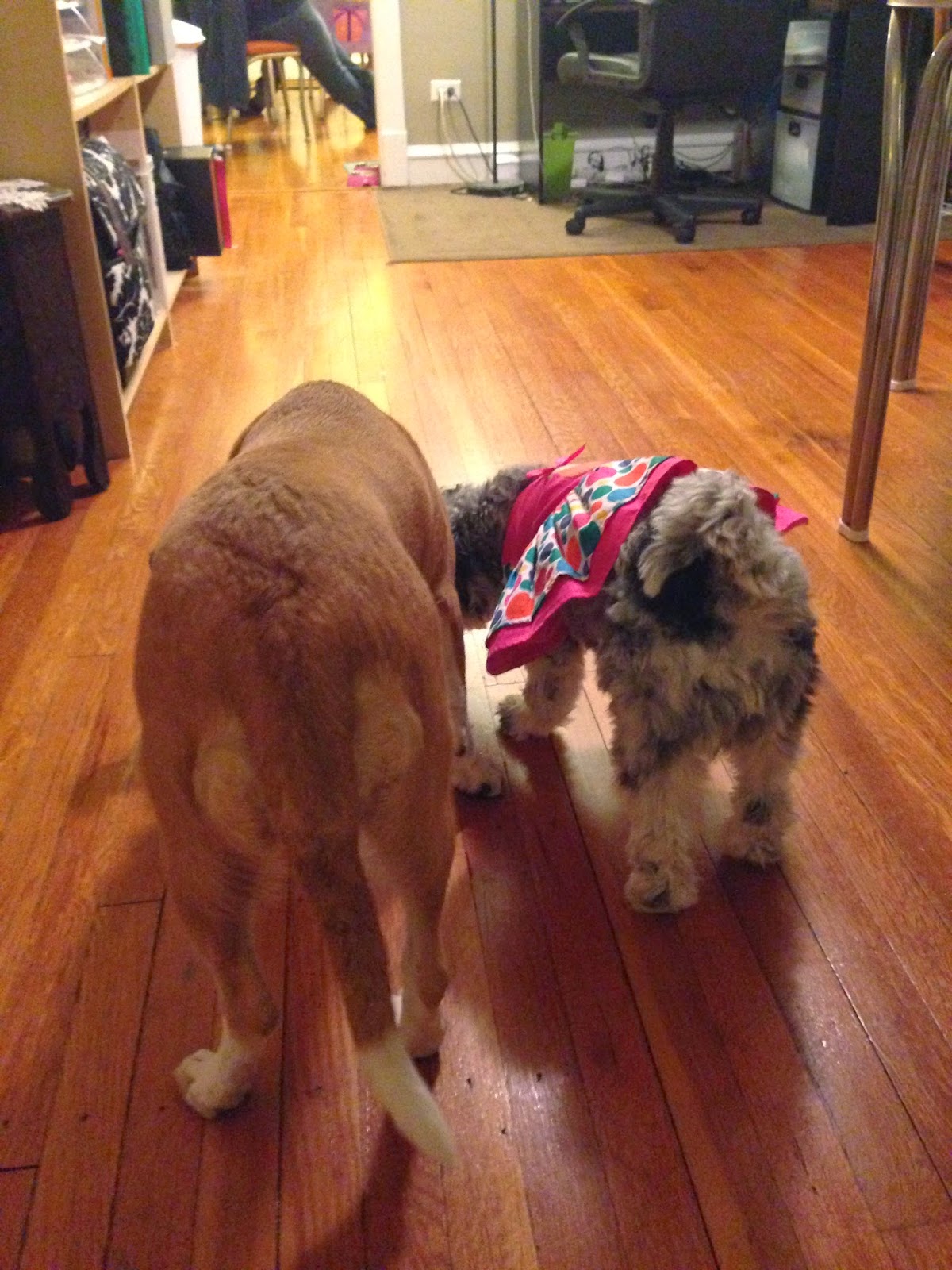 Guests at this party were offered a choice of beer, Mike’s® brand Hard Lemonade, Fanta® brand orange soda, Sprite®, or Coke Zero®. I cooked hot dogs. I cooked Portobello mushroom burgers. We made chips AND salsa available. We cleaned our house, including such areas as the bathroom and the floor. We put many of the things we own in places where they were not immediately visible. It was off the chain.

Are you familiar with some kind of a movie or TV show that involves talking dogs dressed as super heroes? This is not a rhetorical question, haters. I don’t know what it’s called, but there is such a thing. My girlfriend found it on Neflix® via Roku® box and then put it on our large-sized 720p HDTV which I bought used from a friend two years ago and I think is a Samsung®. There was a movie with talking super hero dogs playing on my TV at this party. It was dog-themed, haters.

Hold on to your barf bags, haters, because guess what happened at this party. At one point there was a long and interesting discussion about different pregnancy and birthing experiences which involved the two mothers in attendance, the one currently pregnant women in attendance, and respectful yet quietly engaged participation by the men and the non-mothers who were also present. It was pleasant as fuck.

We bought a dog birthday cake at a dog store, and when I say “we” did that, haters, of course my girlfriend did that and of course it probably cost somewhere between nine and twelve dollars, which is a decision that I agree with implicitly, because I chose my girlfriend and she chose that. We did not have a candle for my dog to blow out, haters. We used a battery-powered electric votive, haters. For safety. I roll safety first. Balls deep. 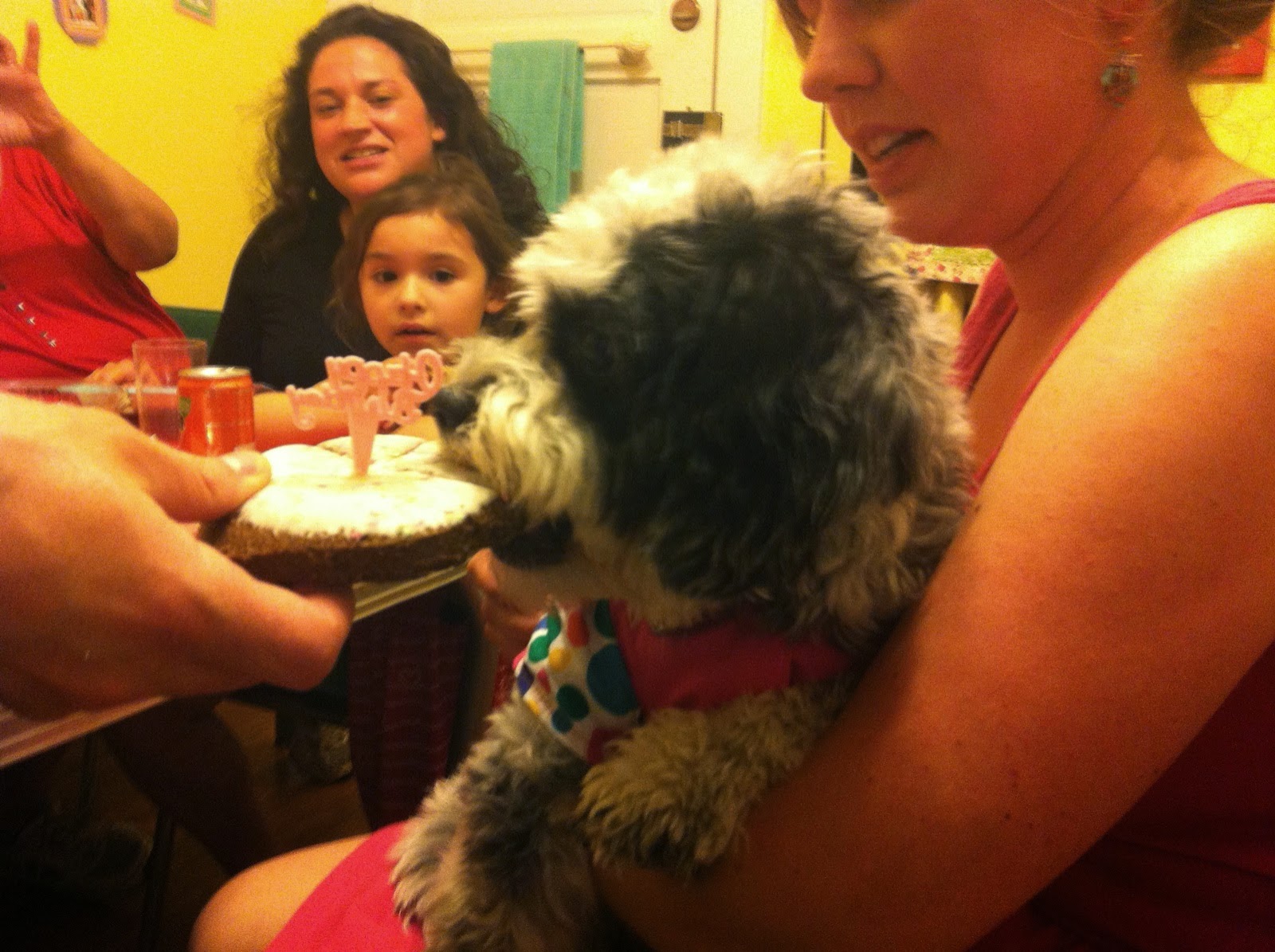 Then we gave my dog gifts. Then we went to the living room and put the College World Series on the TV. Then we talked some more. Then everybody left. Then we all went to bed at 11:30pm, haters. We slept hard. Except my dog did not sleep hard because she was full of weird treats, so she woke me up at 3:00am for a walk, which I took her out for while wearing sweat pants and flip flops, because, haters, I got it like that. Then my dog wanted to play with her new toys for like 20 minutes, and wanted to sleep in bed with us because there was a thunderstorm, so she slept where my legs usually go because haters gonna hate. My girlfriend yelled “no it’s disgusting!” four inches from my face because she sleep yells sometimes because haters gonna hate. I did not get a good night’s sleep but I still went to work. Haters gonna hate.

Haters: I’m doing dope shit on the reg. My dog had a birthday party and it was dope as fuck. The color pink was involved, haters. A dog was given a goody bag. Shit was cute, haters. I am swallowing two Advils right now, haters. Ya’ll haters can hate game all ya’ll want. I’m gonna check my email now.