Balls Occasionally Vol. Three: How to Occupy Space Like a Warrior 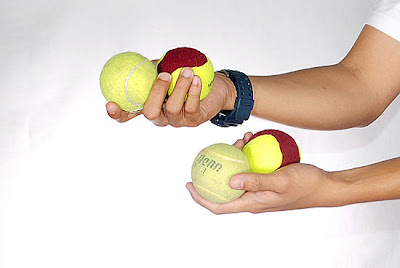 It's a fact of life that people learn how to treat you by observing how you treat yourself. If you walk around acting like you have mental and physical Down's Syndrome, people will treat you like you do, which is fine if you're an actual retard, but not so good if you're a distinguished business man who owns no less than 25 dress shirts and three pairs of nice slacks. Enjoying a little self deprecation every now and then is hilarious, and a comfortable routine to sink in to, but avoid forming the habit of introducing yourself to new friends and colleagues by saying "Hi, my name is [whatever] and I'm a fucking piece of shit."

The phrase "fake it till you make it" isn't on t-shirts, mugs, and bumper stickers for no reason, it's actually a great motto to live by. Inside of your body you may know yourself to be worth no more than a saturated, day old panty liner, but if you stand tall, suck in that gut, sprawl out those meaty legs, and live large, then that's what you'll be seen as. A large, lumbering thing. An obstacle. Taking up space that you deserve to take up because you're taking it up and no one else is. 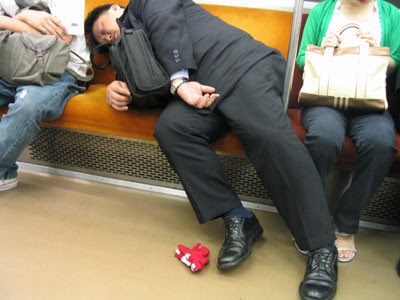 Regardless of what your mother or girlfriend may have taught you, etiquette is for pussies. Remind yourself of this the next time you're on the subway and briefly consider bringing in your legs and elbows so that the people to either side of you can sit comfortably without having to feel your skin on their skin for no reason. Anywhere you are, at any given time is YOUR space. Your large body can serve as an invisible fence of sorts to ward off "attackers." Smashing your two bulbous thighs together to make room for someone else is ridiculous, and also dangerous. You have precious cargo between those legs that needs to be pampered, protected, and monitored with your hands as often as possible.

If you should happen to be smaller in stature, and unable to block off your needed space using meat alone, then go the way of the wild bird and use loud and frightening sounds to keep people at bay. When cornered, threatened, made to feel inconvenienced, or simply enjoying some idle meditative thought, use your body's ability to fart wetly, bring up phlegm and then clear it away loudly and with vigor, and sniff back snots with rapid succession.

These are modern times, in that they're the actual current times that we're in, but they don't need to be "modern" in practice. Fart on a stone, club a bitch in the head and drag her back to your Ikea cave, scratch your balls in front of someone's Mom. It's every caveman for himself in this world, and that hasn't, and will never change.

Next week's Balls Occasionally will explore this topic a bit further by taking a look at beards, and what they may say about you as a lover. Email ballsoccasionally@gmail.com with any feedback, questions, or suggestions.