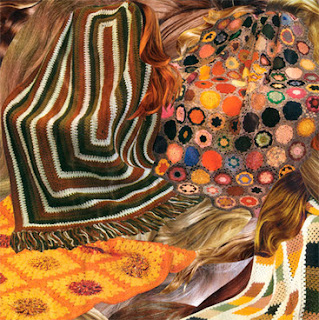 It’s hard not to get Ty Segall conflated with Marc Bolan. Segall himself has released a couple of sought-after Record Store Day T.Rex covers EPs, which doesn’t help matters, and Sleeper renders the aesthetic similarities even more overwhelming. Both displayed a tendency to hit a beat hard and thus do the "doo doo doo bop bop bop YEAH" thing better than any of their contemporaries. Both had prolific release schedules which lent an air of deceptively dashed-off simplicity to the songs. Both artists have been tricky with project names. Both have been eager collaborators. But most importantly, both have always only sounded like themselves, regardless of what they try.

All of this earns a big WHO CARES from the actual functioning human part of my brain, the part which routinely gives wedgies to the unctuous little critic in there who uses phrases like “aesthetic similarities.”

Who cares indeed. Marc Bolan died in a car accident over thirty five years ago. We can have somebody else making music like that again. It’s allowed. Also: what? Where are you going with this? You're not going to corner me and talk to me about T.Rex nonstop for 20 minutes, are you?

This is Ty Segall’s most acoustic album yet. Expressed in Marc Bolan terms, it’s half My People Were Fair And Had Sky In Their Hair... But Now They're Content To Wear Stars On Their Brows and half Change (The Alternate Zinc Alloy).

God. Shut up, nerd. Who talks like that? You’re going to go ahead and put the whole first “Tyrannosaurus Rex” album title out there and then reference the all-demo version of one of his later albums as if anybody is supposed to be impressed with you? Fucking Lady Gaga likes Marc Bolan. Nobody cares. Shut up.

On Sleeper, Segall displays his signature straightforward precision strumming, his bent, extraneously-syllabled “-ayuh” croak of a vocal delivery, and more than a stick-shaking amount of sonic adventurousness (esp. “Queen Lullabye”), but does so in a more punk-the-punks milieu than previously. There’s strings on this thing. There’s whistling. I can’t tell if that one drone might have been an accordion. What is this, Neutral Milk Hotel? Some mandolin-driven original-score-of-a-Wes-Anderson-film ripoff in the background of a mobile-network-that-connects-us-all-in-amazing-new-ways commercial? Are rock heads making the somebody just farted face about this, or are we all past that? Are we all past even the idea of even bothering talking about Ty Segall’s latest album like it’s a thing which must be done?

Yes. Yes of course, idiot. You’re starting to sound like one of those sad old dudes who launches unbidden into an unchecked monologue about “the new Bob Mould album” at the poor hungover record store clerk. You are more than the natural amount of excited to talk about this, and it is a bummer. It’s reminding the young kids of their inevitable decay. You’re a dude doing Ty Segall analysis simply because you’re so excited not to be vacuuming Cheerios out of a minivan you’re prematurely ejaculating over an opportunity to have a conversation about “rock music.” It blows.

I don’t think the feel of this album is any kind of a problem. It is not strongly enough at odds with the rest of the Ty Segall discography to actually “freak out” any “squares.” Nor does it feel like a “serious artist” statement. This seems more like Thee Oh Sees’ John Dwyer breaking out the flute just because A. playing the flute is fun, and B. it’s unfair to expect somebody to “save” rock music. To the extent that Sleeper’s more low-key points, such as “She Don’t Care,” “Come Outside,” or “The West,” come across as a mature songwriter’s bid for respect as a craftsman, which is some, Segall, author of the unfuckwithable diamond that is “Imaginary Person,” has certainly earned that right. He’s getting older too. We can’t require that Ty Segall be a one-man-band explosion doing “Pretty Baby (You’re So Ugly)” in art lofts and punk house basements for his entire life.

You sound like fucking Jim DeRogatis right now. Face it. You're getting older a lot faster than Ty Segall ever will, pal. The way you talk and the way you think, and how in love you are with both, are poisoning the way you listen to music. Just say "Ty Segall: good tunes, the end" and be done with it.

Like Bolan before him, Ty Segall is a guy of prodigious talents but perhaps limited range (not even a criticism; hey, we all have limited range), who constantly sounds like he’s feeling hemmed in within a perfect little unique sonic world he’s created. And then people invent the word “glam” and it’s like, well, fuck you, looks like I’m “glam” forever no matter what just because I like to swing (that’s what I’m good at) while also rocking. Like Bolan, it’s great that there’s such a thing as a Ty Segall. These guys are not evolutionary inevitabilities. They are singular voices, little sidebars where the normal flow of culture stops and swirls and eddies. Maybe, with enough time+force, they alter the topography. Maybe not.

Well, fuck, that “evolutionary inevitability” part wasn’t so bad. I mean, we all get pretty pretentious in our brains. That’s something I could maybe think about. I fucks with this album. It’s good. I mean it’s no Black Sabbath Paranoid, but I’ll give it a listen.