The Problem With Think Pieces: No One Should Care What You Think 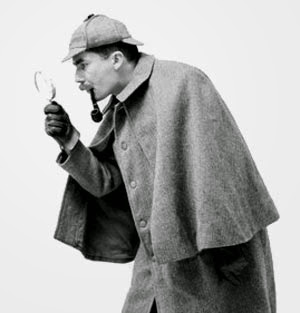 Have think pieces always been a thing? I can't remember them being a thing a few years ago, but maybe I'm just now noticing that they're a thing because I've become increasingly annoyed by them. Just the term "think piece" is annoying. What does that even mean? Is a think piece different from something else you've previously written because in that thing you previously wrote you did NOT have any thoughts, and this time you did? So many thoughts that you had to organize all of them in a "piece?" Piece of what, exactly? Piece of shit if you ask me? ZING ZANG! The main error I find in the very idea of think pieces is that they assume I (or anyone else) should give a shit about what you think.

I used the word "should" up there because some people do very much care what other people think. Some people care what other people think about a wide variety of subjects, and they do this because swallowing another person's opinion about any 'ol thing and absorbing it into their blood stream like an Ibuprofen is much easier than squeezing one of their own out of the mildewy, wet rag that lives between their ears. I can imagine the easy breezy freedom in being like "I don't know a damn thing, and I don't ever want to, so whatever you're saying about whatever, that's fine with me too."

Sadly, or maybe amazingly depending on how recently I've been fired from somewhere, I have the sort of attitude that allows me to so easily think, with rapid fire consistency, "you have no idea what you're talking about," in almost any situation. It doesn't matter if I'm buying a pack of gum, inquiring about pine boards at Home Depot, or sitting in a doctor's office - at some point, during any point, I will have the thought "you don't know what you're talking about." And it's for this reason, I guess fundamentally, that I can't understand why anyone would want to read three pages of someone else's thoughts on Drake, or hillbilly's who twerk on TV while making fart face, or a ham sandwich.

Now I know that in writing this I'm setting myself up for people to say "well then why should I give a shit about THIS," and AHA! I'll tell you why. As I see it, the only type of writing that will always be of value is 1) Instructional (this is how you make or do a thing). 2) Fiction (here's a story that will take you on a vacation in your mind that you can't think of yourself because you're stupid). 3) Biographical (here's the story of a person's life that I took the time to research so you don't have to - it's probably mostly wrong - but you won't know the difference anyway). 4) Personal essays and social commentary (I am a writer and I have a disease where if I don't put something up for a wide range of people to see, thus separating me from the normy herd, I will have no personal value, and I will die. It doesn't matter if you like it, or even read it. I do this because I always have, and it's what must be done. It would be no different than spending my days moving a pile of rocks from one side of my apartment to the other).

In order for a person's thoughts on a thing (movie, book, album, restaurant) to be of actual value they would have to hit something like one of the following scenarios:

Movie: "I was the actual first person, aside from the people who made it, to see this movie, and something about watching it caused me to become pregnant and/or have the HIV virus. Maybe think twice before you see it, for those reasons.

Book: "The person who wrote this book died before they could get it to an editor or publisher, and it fell into my hands. Halfway through reading this book I discovered that the person who wrote it, after the third chapter, just copied and pasted various popcorn ball recipes. So I'm just gonna throw it in the trash. This isn't a real book."

Album: "I, through careful listening and research, have found that the people performing the music on this album are not the people listed as the album's performers, but are actually The Monkees."

Restaurant: "I ate the very first plate of food ever served at this restaurant, and it was entirely made of bugs."

Valuable information is valuable because it has actual value, and can then be passed off as a thing worthy of being shared. A person's thoughts on a thing, apart from that whole "here's what I think, maybe you think it too, human shared experience, yadda yadda" are only worth something to the person who wrote it, or the publicist of the person you wrote it about.  In life, most things amount to one person shitting into their hands, and then playing paddy cake with another person who shit in their hands, and it goes on like this, back and forth, until everyone is dead. I guess that's it?