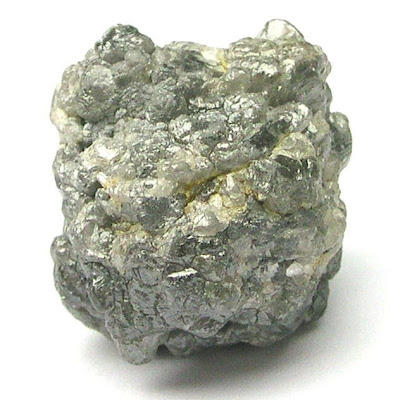 Old people, wise mothers, gay best friends, and African American nannies in films will tell you, "when it's love, you'll know it." What is not often expressed is that in a human person's lifetime, it's possible to feel like you "know it," about 99,000 times until one day you wake up and realize that you haven't had a screaming, crying, crumb throwing fight with the person you're with in the year that you've been together, and that loving them is apparently this effortless thing that makes everything you do, and everything you have 100% better and then you understand, oh man, I've been holding up all these wet turds to the sun, but now I have a diamond in my heart.

I have said the words "I love you," to way more people than I ever should have. In one instance, I thought that the person I was with at that time was going to be the person I spent the rest of my life with, regardless of the fact that we rarely went a day without fighting, had stopped having sex well before our one-year anniversary, and had a discussion about "taking a break" while a loaded moving van that had just moved all our shit from one state to another was parked outside. But I wanted to believe. I wanted so badly to be in love, and to have a family, that I spent countless years, with countless different faces, trying to Febreeze the stink out of a turd rather than just being like "yeah, this certainly is a turd," and flushing it.

After many failed attempts at making love come from proximity, blind lust, or pure fantasy in my own mind, I concluded that I was a monster. I had been told by several women that I was one, because I didn't engage in their desire to make me their emotional slave, or because I attempted to try and resolve problems rather than sitting around and crying about them, or because I had success in my career where they didn't, or because I didn't like when they farted on me during Ryan Gosling movies, or because I sometimes wanted to do a thing, any 'ol thing, alone, or because I wanted to be the only vagina they touched, and more so, the only vagina they WANTED to touch. Certainly monstrous. I spent a lot of time absorbing the pain of the past, and making sure that I only dated attractive train wrecks who I knew I would never really, could never possibly, end up with - that every relationship I found myself in became worse than the one to proceed it. I never wanted to live with anyone ever again, and I never trusted that the people I went to bed with at night gave half a handful of a shit about me. This all took up, and wasted a lot of time. But what I know now is that during all of this I was learning what I really wanted, and learning how to be the sort of person who'd deserve to have it.

As I'm typing this, I realize that I've said and thought all of this before. But as they say, "the proof is in the pudding." The difference between now and then is that the reality of my life reflects the hearts and flowers and boob emojis in my brain. Somehow, someway, it's happening. It's happening, and it's real, and it's fucking easy. I don't have to sit and think about how to not cause a fight by not doing a thing that I don't know what it is so that I don't upset a person by doing it. I wake up, and my chest is filled with love. I work from my desk, and my home is filled with love. My girlfriend comes home, and our nights are filled with love. And it's like that every day. Sometimes I'll sing that line from that Beyonce song in my head that goes "Gonna keep it how it is, so that you'll never say 'how it used to be," and that keeps me on the right track while also re-confirming that this shit is solid because there has previously never been a "how it is" to even attempt to maintain.

"A diamond starts out as a rock. A mineral. A crusty clump of carbon. It could just stay like that. In the darkness, attracting dust and not much else. Invisible, and cold, and of little to no use. With desire, effort, and a knowing eye, these clumps of carbon are sought out and discovered by people who want them, hopefully for good reason, but most often not. When squeezed with just the right pressure, and tended to in the proper way, they are stunning, precious, valuable, and last forever. " - Oprah Winfrey (Not really, I wrote this).

Over ten years ago, I was in the middle of a shitty relationship that ate up my entire college years and one afternoon I found myself standing in the kitchen with a friend and listening to her talk about her boyfriend. She was telling me how she used to be literally unable to be a good girlfriend in her relationship, would throw lamps and cuss and spit for no reason, all the time, and that one day she realized that she had to stop being a bitch because she was gonna lose her boyfriend, who she loved, and that she wanted to keep him, because she wanted him, and she deserved him. She deserved to have love, and to be in something nice that felt good. So she stopped, and things got better. I remember listening to this and feeling so lost and sad because I didn't feel like I'd ever learn how to make a relationship work. But now I realize that it helps to actually be in love, and in a thing that doesn't just work, but was MADE to work. All the parts have to fit, and it doesn't happen till it happens. Not being a bitch helps though. And I'll probably have to work on that part every day for the rest of my life, but now it's for a really good reason. The best reason. A booty reason.