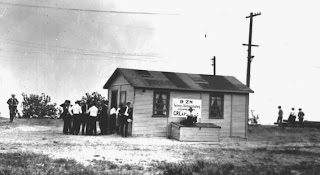 Sometimes I listen to the radio. Usually when I’m driving my girlfriend’s car and I can’t figure out where she hid the CD case, and don’t feel like listening to the one CD that’s in there already, Greatest Hits of RUN-DMC. You can’t always listen to RUN-DMC. And NPR? NPR is the worst, you guys. If NPR was your friend you would be suuuper slow about returning their text messages. So I listen to rock radio. Sometimes.

Hey, Lou Reed is dead. Founding member of The Velvet Underground, who you’re probably familiar with. I feel like I could say a lot about The Velvet Undergound, and that’s kind of the whole point. For reference, you might also want to investigate: the entire existence of the “literary genre” of “rock criticism,” “punk rock,” “art rock,” “experimental rock,” “jangle” anything, and “whenever somebody does something good ever, even by accident.” And Lou Reed also went on to have a solo career, and etc. I mean, it’s Lou Fucking Reed. You figure it out.

Last night I was picking my girlfriend up from the airport in her car and listening to rock radio. Within 24 hours of Lou Reed’s having died. And unlike when Michael Jackson died, I was not hearing any music by Lou Reed. Which really is par for the course. Lou Reed didn’t make music for the radio. He made music for Lou Reed. But: just to infuriate myself for no reason, I thought I’d investigate Chicago’s rock radio stations to see the extent to which they’ve commemorated Lou Reed’s music. 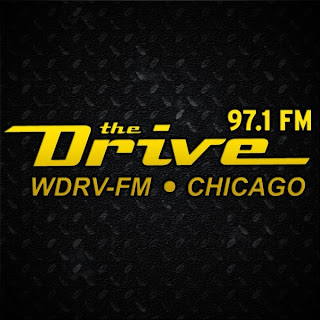 According to online playlists, The Drive played “Walk on the Wild Side” at 6:59am today and 11:50pm yesterday.  During the same stretch of time, the following songs were also played twice: “Jet Airliner” by Steve Miller Band; “Learning To Fly” by Tom Petty and the Heartbreakers; “Blue Morning, Blue Day” by Foreigner; “Jesus is Just Alright” by The Doobie Brothers; “Live and Let Die” by Paul McCartney and Wings; “Wonderful Tonight” by Eric Clapton; “Tom Sawyer” by Rush (kicking off a three song RUSH ROCK BLOCK); “You Make Lovin’ Fun” by Fleetwood Mac; and “Rock of Ages” by Def Leppard. That is a real murderer’s row, as in if those are your top nine favorite songs, there is probably a 100% chance that you’re a murderer.

To be fair, I’m sure there was a healthy amount of Lou Reed banter by the DJs. But there was also a more than healthy amount of “Jet Airliner” by Steve Miller Band. Any amount of “Jet Airliner” is marginally unhealthy. Big old Jet Airliner. Too bad you didn’t crash with the entire Steve Miller Band in you. Or also Foreigner. And definitely Rush. And Eric Clapton. Tom Petty and Paul McCartney get a pass. Fleetwood Mac and Def Leppard get parachutes, like “hey, do your best.”

The Loop played “Walk on the Wild Side,” once, at 11:58pm yesterday. I’m guessing “Walk on the Wild Side” is the only Clear Channel-approved song Lou Reed has ever written, which is weird because it’s got “colored girls” and “giving head” in it. The lowlight of The Loop’s broadcast since Reed’s passing is unquestionably a Van Hagar/solo Hagar rock block of “Right Now,” “I Can’t Drive 55,” “Dreams,” and “Finish What Ya Started,” which reared its ugly curly blonde head as a part of the BLOCKTOBER programming.

I had to YouTube “Dreams” and “Finish What Ya Started” because I have no memory of them. They are unspeakable tragedies. To give you an idea of how bad these songs are, I would prefer “Poundcake.” Poundcake is at least a concentrated, pure, unadulterated Hate This Song. “Dreams” and “Finish What Ya Started” don’t even have hooks. They’re like the indistinct pop rock they play on the elevator ride down to hell. Actual hell. Not the cool AC/DC version. 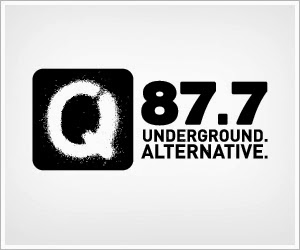 Chicago’s station with the slogan “Underground. Alternative.” did not play a single Lou Reed or Velvet Underground song. But they DID play “Spoonman” by Soundgarden, which is A. at least tangentially about an important bit of heroin paraphernalia, and possibly very much about heroin while pretending to be about a guy in Seattle who plays the spoons and B. to the extent that it’s about heroin, is undoubtedly the worst song with even a slight chance of being about heroin.

Usually people who write songs about heroin have some first-hand experience with heroin, and if you’re on heroin, you’re probably going be making some pretty good music because if you’re in the studio dicking around playing take 38 of the overdubs for “Jet Airliner,” what’s the point, let’s put down the guitars and just go do some heroin. I obviously don’t want to glamorize heroin or condone its use. It’s an idiot drug for people who want to go professional with their self-destructive impulses, and there is nothing cool about asking people on the corner for money with shitcaked hair and bloated, discolored arms. But heroin is usually a good music drug. There’s a correlation there. Papa Lou notably made it.

Anyhow, there are exceptions. “Spoonman” is one.

XRT played “Walk on the Wild Side” at 8:15am this morning, “Satellite of Love” at 3:35pm yesterday, and “Intro/Sweet Jane” off Rock N’ Roll Animal at 12:31pm yesterday. Morning drive time DJ Mary Dixon tweeted about “talking about Lou all morning” during her show. Also there’s a blog post about “My Memories of Lou Reed” by Ryan Arnold, which is about driving around Chicago with a Best of the Velvet Underground tape stuck in his car’s tape deck. I will maybe write a similar blog post when Reverend Run dies.

The XRT online playlist goes dark between 7:25pm and 12:59am due to “Local Anesthetic Capsule,” “Little Steven’s Underground Garage” and “Jazz Transfusion,” playlists for which are not available online. The DJ who played “Royals” by Lorde at 6:21pm while I was picking up my girlfriend from the airport mentioned that they planned to play some of Lou Reed’s music “because it’s the right thing to do.” So that might be the reason for the lack of playlists. I can neither confirm or deny, and I’m damn sure not going to listen to the radio in order to find out.

So WXRT, unsurprisingly, because they’re Chicago’s station which boldly plays Elvis Costello all day long, wins the Chicago crown of “Most Lou Reed Memorializing Radio Station That Plays Rock Music.” At least in the 24 hour period after Reed’s death.

Of course who gives a shit. Of course. But I don’t know, I feel like I could either write a maudlin piece about Lou Reed and his music and how important it is and was and blah blah blah, or else I could bitch and moan about how shitty the radio is. I feel like that’s somehow a fitting tribute. I went online and took a look at some post-Reed radio playlists, and, of course, there is still nothin' going on at all.

We probably didn’t deserve him, but thank GOD some of us got him.

@itisbenjo
Posted by Ben Johnson at 11:48 AM