And Now, A Word On James Caan 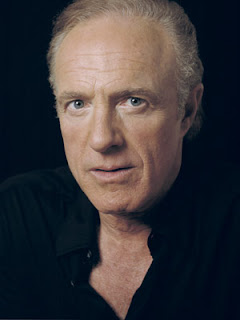 James Caan. Not even particularly very good, but you can’t say you don’t get a full serving of Caan with extra Caan on the side every single time. Maybe that’s because Caan brings the fire. When Caan talks about auditions, Caan says other actors try to take food off Caan’s plate but he takes food off of theirs instead. Caan shows up and delivers and that’s why he books, bro.

Caan has one night stands at Burbank steakhouses and there’s nothing you can do about it. He hooks up all the time. Caan forgets about these women tomorrow but they talk about him for the rest of their lives. Caan can’t even walk down the street in Orlando. They love him down there.

When you work with Caan you understand why he’s been doing this for years and you are nobody. When it’s time to shoot, Caan is the last person they bring to set because really what else is there? The other day one of the extras straight geeked out on Caan and he actually spoke to her. He said, “Where are you from?” and she said, “Cleveland!” and Caan shook his head knowingly, looked off at the clouds and said “Cleveland Ohio.” That extra was promptly fired. On the way to lunch, the director said to Caan, “I’m really sorry she spoke to you Jimmy, but you handled that perfectly you know,” but then get this, Caan opens the door to his trailer and says to him, “Terry, just keep the animals in the zoo next time.”

Caan will run up stairs. Caan will get his legs maimed by a lunatic. Caan will fall in love. Caan will find the lens. “Welcome to show business,” Caan says. Caan will play possum until the time is right. Caan makes out with hot ladies on screen and when he does he really goes after it. Before the director calls action he gently informs the actress, “Just so you know, I’m really going to go for it,” and then the actress gets a facefull of Caan smashed into her own and while he sweats under the hot lights both of their makeup merges with the others and Caan sweats more and says, “Mmm, Mmm,” while he keeps both of his lips entirely shut and breathes through his nostrils onto her face. When the director yells “Cut!” the actress politely wipes her mouth off with her hand and Caan says, “So how long have you been in LA?” and then has goes to have lunch alone in his trailer. Caan gets different food than the other actors.

Caan laughs insanely hard at his own jokes, startling people and taking hold of your arm while it’s happening. Caan will make you feel like an idiot. Watching Caan’s face navigate his rich inner world of emotions on screen is a sensation matched only by his explosiveness. Caan makes only the most obvious choices but he does so at full Caan velocity. Caan cries. Caan begs, commands and condemns. He does them because he knows you don’t know how so he will show you. The last Christmas Caan spent with a girlfriend’s family, he showed up in an evergreen turtleneck and merlot colored blazer. He told them all stories about “Francis.” When Caan and his girlfriend went home, her Dad tried to say something but her Mom interrupted him by saying, “Just give me a minute to come back to planet Earth here.”

When Caan is at the urinal he farts long and hard and it reverberates off all the tile and porcelain and if you start laughing Caan hits you with a look that obliterates you and grinds you into dust. In Burbank, if a waiter asks Caan what he’ll be having he answers “The brisket, champ” like it was the dumbest shit anybody’s ever asked. Caan’s knuckles are covered in hair and bejeweled with diamonds and gold. Caan once made love to a girl in Thailand and afterwards wore thongs for a month but now all of his boxers are white. Caan once told Will Ferrell, “Kid, in this business, you’re either in Heaven, Hell or Pasadena.” Ferrell and his friends still laugh about it all the time, but meanwhile Caan is getting fucking paid, okay?

With the growth in popularity of “Star Trek,” Caan’s already heard all your gay jokes about “The Wrath of Caan,” and they straight blow, dude. Maybe you can grow up though? At the afterparty for
“Misery,” Kathy Bates put her mouth right next to Caan’s ear and whispered, “Do you know what you do to me, Jimmy?” Caan smiled and never spoke to her again. Caan gets emails for dick pills and looks at them sometimes.

When Caan dreams, sometimes it’s of a day when he was seven and his Dad took him to Yankee Stadium. The sun was hiding behind the clouds but it didn’t rain. Caan almost caught a foul ball but it bounced off the concrete over his head and into the hands of a fat Armenian man who’d been drinking. Caan stared at him awhile before his Dad told him there’d be plenty of other chances. The Yanks lost 7 to 3 but Caan talked about the game forever until his friends told him to just shut up about it already.

Caan’s got the top down right now and boy, didn’t this town used to be something?

Ben Seeder is a special contributor to Total Bozo
Posted by TOTAL BOZO at 1:31 PM