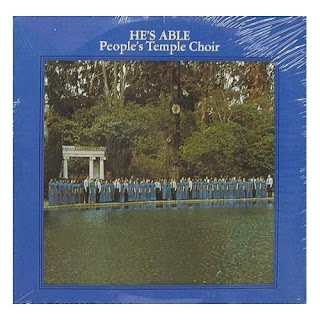 You can’t be afraid of the internet.

Right now my brother’s girlfriend is in Thailand, where she paid what I assume is a substantial portion of her available money to go to a place where they teach you a lot about yoga. I guess she wants to come back and teach yoga to a bunch of Starbucks-sipping, Lululemon-clad rich white ladies in a firmly Western tradition. But the yoga school she’s at, being in Thailand and everything, wants to talk about spiritual enlightenment and meditation and karmic cycles and all that hippy bullshit that’s technically more a part of “yoga” than cute outfits and national chain yogurt smoothie retailers. Us Westerners like to bulldoze all that worthless crap on our way to life’s best parking spots.

Seriously, though, she’s got to sit through a bunch of nonstop lectures, and she’s in the middle of Thailand and she doesn’t know anybody and her glassy-eyed cohorts are driving her a little bonkers. I feel for her. If I spent the amount of money she’s spent to go to all the way to Thailand, I’d want to enjoy myself while I was there, not be brainwashed by a bunch of ancient Eastern wisdom. Plus, the yogic tradition is based in India, so who are these Johnny-Come-Latelies in Thailand to lecture US? In retellings of this person’s saga, the word “cult” has been invoked.

…And here comes the internet.

Did you know that Jim Jones’s People’s Temple, of 918 people dying all at the same time in 1978 fame, put out a gospel album in 1973? I didn’t until the internet told me today. And guess what? The whole album is ON the internet. Goodbye afternoon.

Okay, this is awful. This is an awful thing I am doing. I’m not even… this is not fun or funny. This is just… why? Why am I doing this? Those children. Dear god.

2. “Walking With Your Father”

Sweet sweet imperfect soprano lead vocalist singing lyrics of freedom with undecorated clarity in the heartbreaking tradition of the The Langley Schools Music Project cover of “Desperado.” This is haunting. Seriously, this is haunted. Like the VHS tape from The Ring. Capable backing by the band.

The earnest incompetence and funk/soul combination of this song would make it a perfect candidate for one of the Numero Group’s “Good God!” releases if not for the fact that everybody involved in this organization fed poison Kool-Aid to their children before taking their own lives. I can’t. I…

I know this is about Jim Jones’s vision of an egalitarian society of perfect human love that dissolved into a nightmarish dystopia of paranoid delusion in Guyana, but I’m going to treat it like a pep talk for my decision to listen to this entire album, and it’s just what I needed. This is how they get you.

THIS is something I can get behind. I grew up Unitarian. Our choir was… not… funky. Our choir was a real cavalcade of the willing. When I think of church music, I think of music in the safe, boring New Christy Minstrels tradition of plain, unadorned singing, with some occasional showiness in attempted operatic directions, and maybe a weird recorder or a dulcimer. This guy is giving this hymn the good old Unitarian try. I like it because I don’t have to take it seriously. I don’t have to think about all those people. Oh my god. All those people.

Waltz time is underrated. There’s a lot of unexplored territory there both for punk ragers and for hinky little funk rhythm guitar lines like this one. It’s a great delivery method for any message. Delivery method… poison…

Fuzz guitar found its way into EVERYTHING back in the day.

Some real watery trumpet on this mid-tempo number. I want this to be over. When I first clicked on this I was like “yesss,” but this is just so, so awful. And the YouTube comments. “Ha ha ha,” most of them. At first I was fascinated by this artifact of creepiness, but now I’m just tired and sad. This is just a regular shitty private press gospel record you’d find in any flea market in the Midwest and see the weird pictures and go “Oh man that is HILARIOUS,” and then take it home and play it and it’s not good or interesting in any way. It’s just regular people with regular lives, and this is a snapshot of a time they tried to be something more, and put themselves on a record for posterity, and over time were eventually relegated to a forgotten corner of a failing nostalgia-based business, where they are now nothing but a punchline, or worse, a fetish object, for jerks like YOU. These people are dead now. All of them. All of them at once.

This is the one where some of Jones’s creeping insanity bleeds out. The only YouTube I could find has that horrific image of dead bodies on it, an alternate cover used for the unconscionable 1993 CD reissue, which also includes Jim Jones’s excoriatingly hideous last sermon. The lyric “700 million people are in misery,” and the gist of “being left alone” to practice religion in peace are particularly difficult things to listen to given the context of this otherwise perfectly acceptable Byrdsian Christian rock. I can do this. I just have to act like a journalist and suppress the fact that I will be crying later.

The worst thing about this is how genuinely touching it is in places. The ideas are admirable. The people are sincere. The music is an honest, and more obviously so for its amateurishness, outpouring of emotion. But there are no shortcuts. There is no better human place to put your faith than in your imperfect self. There is no such thing as perfection. That way lies insanity and death. The organ accompaniment on this is really nice.

Triumphant choral horn rock that sounds like Up With People backed by a cross between Chicago and ELO. It is well-produced. It is nice. It ends, mercifully, abruptly, after a tight 3:35. “The world is changing, will you?” Yes. I will. I will never be the same after this. I promise. May your souls all find peace in heaven. Please. Please please.

Well, THAT was heavy. Holy shit. I sometimes listen to Brainbombs for pleasure, and this album might be too much for me to handle. It might be the worst album of all time. I’m not sure. I know I’m going to have a less good day now because of listening to it.

Good luck out there, Julia. Come back soon, and hey, pick up some tunes while you’re in Thailand. Might as well.

Also, happy Fourth of July, everybody. Remember: just because you live in the greatest country on earth doesn’t mean it’s anything more or less than just a country.